Earlier this month, Amazon officially unveiled a brand new Kindle eReader. And yet, the company has more to show off today. Amazon hosted its annual hardware event and showcased a variety of new products customers will be able to make their own soon enough.

Today, Amazon has announced quite a few new products. As expected, there is a brand new Echo Show device, which is actually a bit different than what the company has launched in the past. And Amazon is going after Nest with a brand new smart thermostat. Plus a lot more. 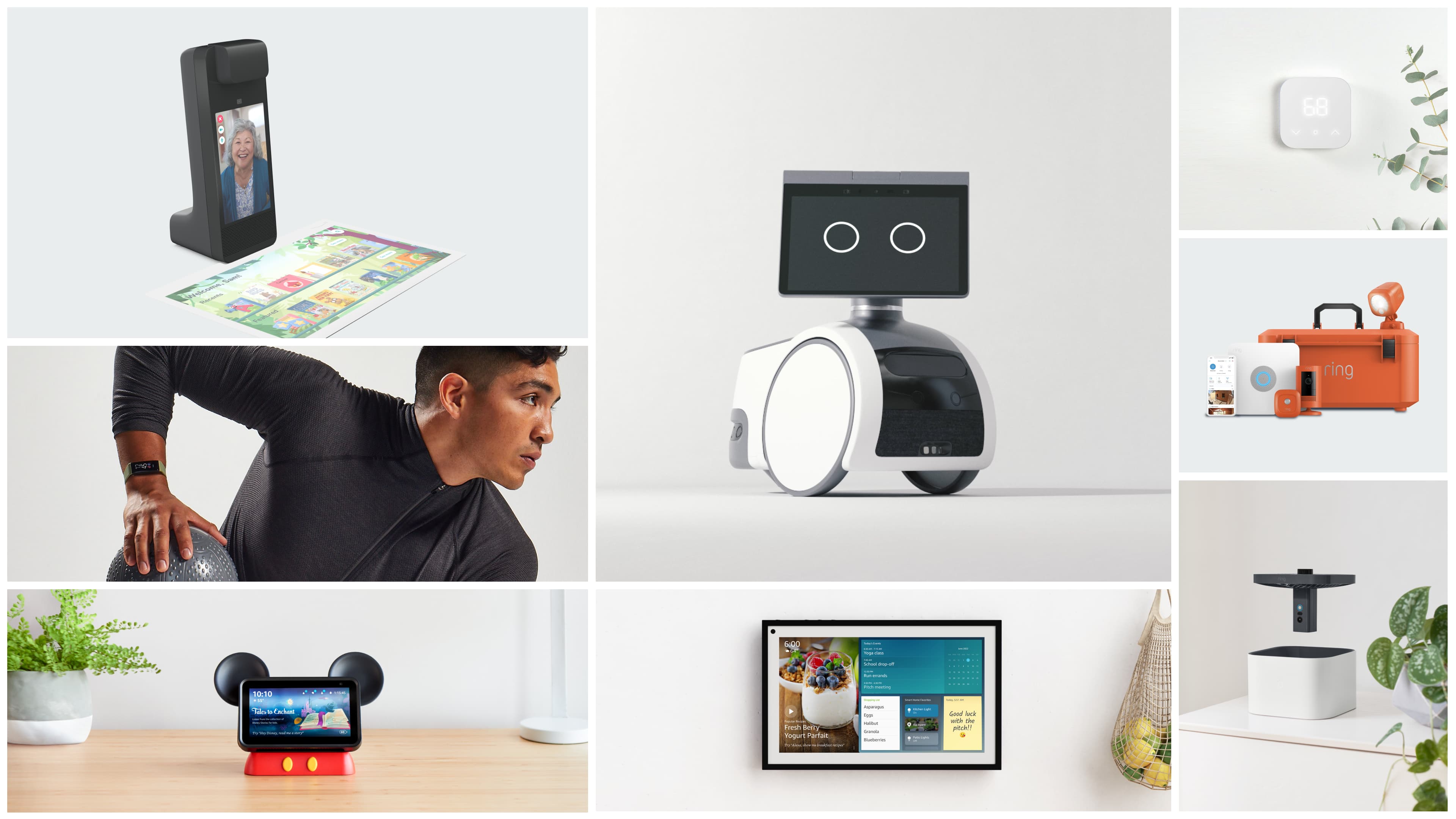 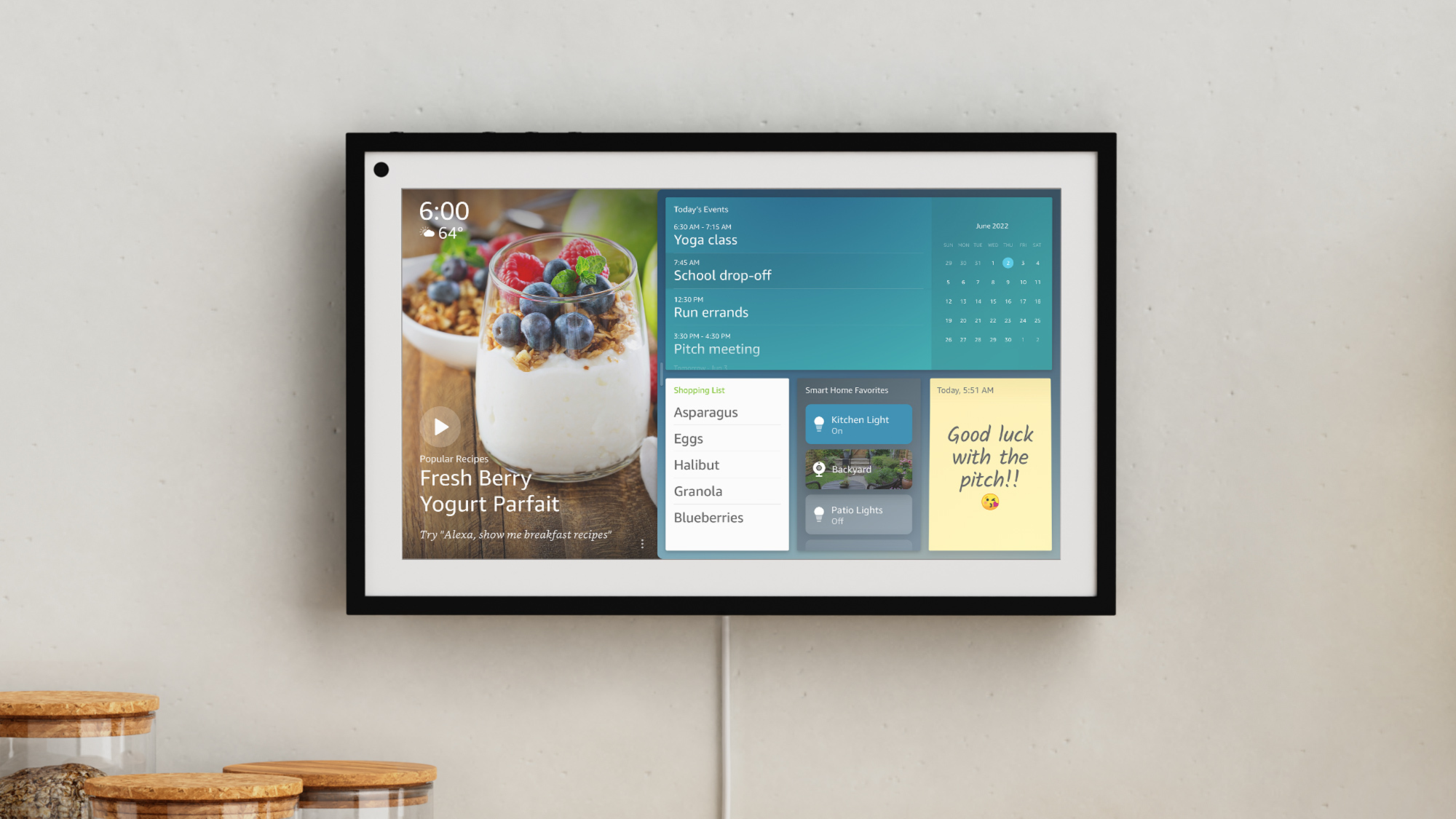 This is the brand new Echo Show 15. That number represents the size of the device itself, with a screen that measures 15.6 inches. It’s designed to sit on your counter, sure, but Amazon is promoting the device as being a wall-mounted accessory.

That screen is a full 1080p HD resolution, and works in either portrait or landscape orientation (on the wall or on the counter). Under the hood, there’s Amazon’s custom AZ2 Neural Edge processor, which unlocks features like Visual ID.

With Visual ID, the Echo Show 15 can recognize individuals series and update the display’s information and widgets on the fly. Users need to enroll with the feature. It will show a custom greeting when the unique individual is identified, show customized widgets, and personalized information.

Keeping the household organized is a major focal point for the device, too:

With Echo Show 15, you can quickly view and update your household’s shared calendar, add or remove items from your shopping list, reorder favorite items, check your to-do list, and more. And now, with Echo Show 15 in your kitchen, it’s easy to decide what to eat in the moment, or plan your meals for the week. You can get delivery options from restaurants like Domino’s; recipe recommendations from Allrecipes, Tasty, Epicurious, and more; or order Blue Apron meal kits to create meals with easy, step-by-step instructions. You can also create a personalized taste profile with your family’s dietary preferences, so that Alexa will show recipe and restaurant recommendations tailored to you.

As for the AZ2 Neural Edge processor, here’s how that’s described:

Echo Show 15 is powered by the next-generation Amazon AZ2 Neural Edge processor, a machine learning (ML) inference engine with a quad-core scalable architecture and 22x more TOPS (trillions of operations per second) than the previous generation. Like AZ1, it’s capable of processing speech recognition on device and can also process computer vision (CV) workloads in parallel. The AZ2 architecture is custom designed by Amazon and runs ML-based speech models significantly faster than its predecessor—enabling CV algorithms that once required the immense computer power of the cloud to be processed entirely on the edge. What this means is that Echo Show 15 is able to recognize a person enrolled in visual ID and will be able to process their voice right on the device. 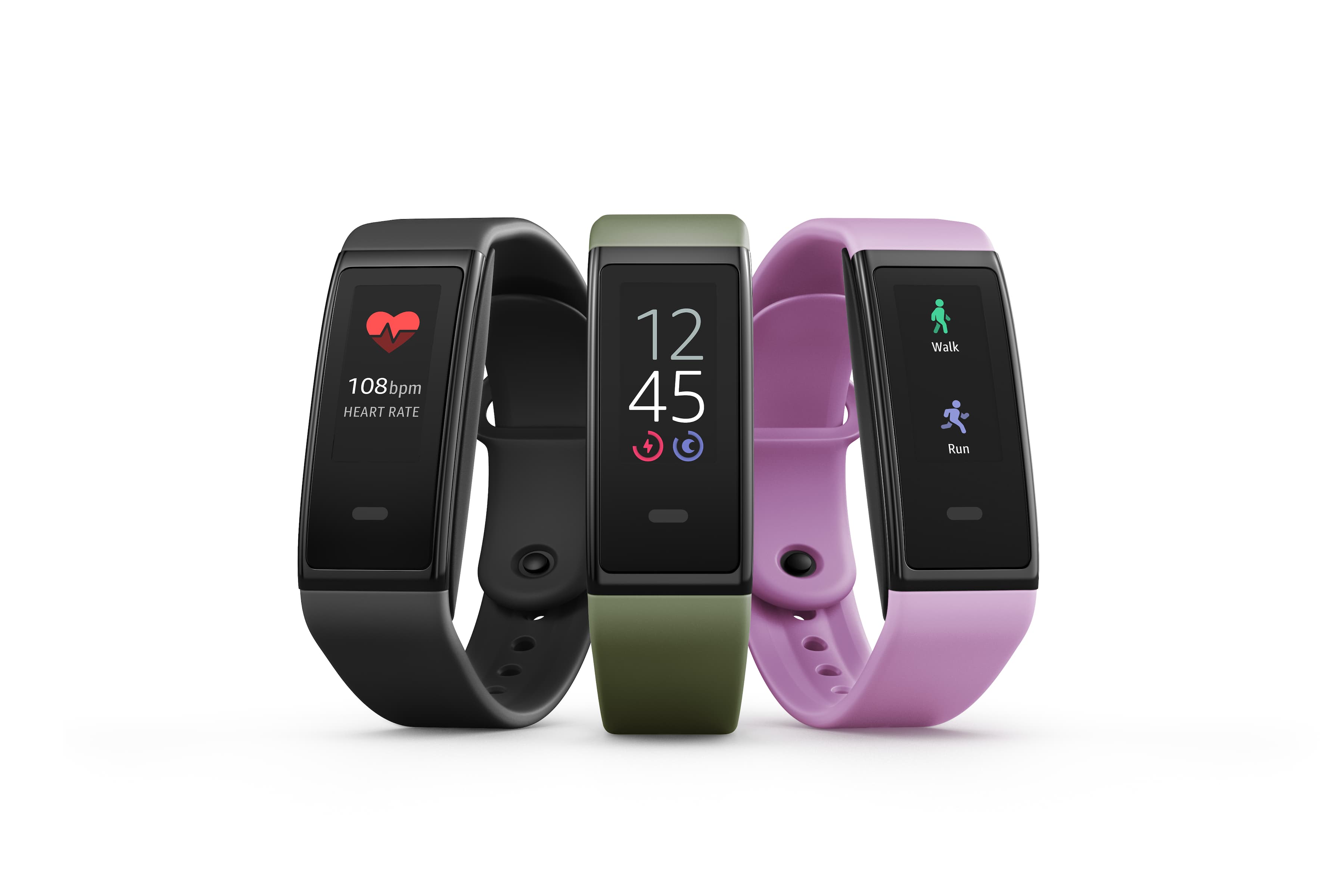 Staying healthy is an important thing in general, and it’s no surprise that companies like Amazon (and Apple) want in on that effort. This is where the Halo View comes in, especially when it’s coupled with Halo Fitness. The Halo View is an updated version of the Halo Band, where it’s not so intrusive by design.

The band does feature an AMOLED display, which will show a variety of health metrics for the individual. That includes live workouts. Amazon is pricing the wearable at $80. Amazon says it will start shipping “in time for the holidays,” and that it comes bundled with a year of Halo as well.

Meanwhile, Halo Fitness is Amazon’s answer to Apple’s Fitness+. There are hundreds of studio-quality exercises to choose from. It will integrate with Amazon’s Halo-brand health hardware. 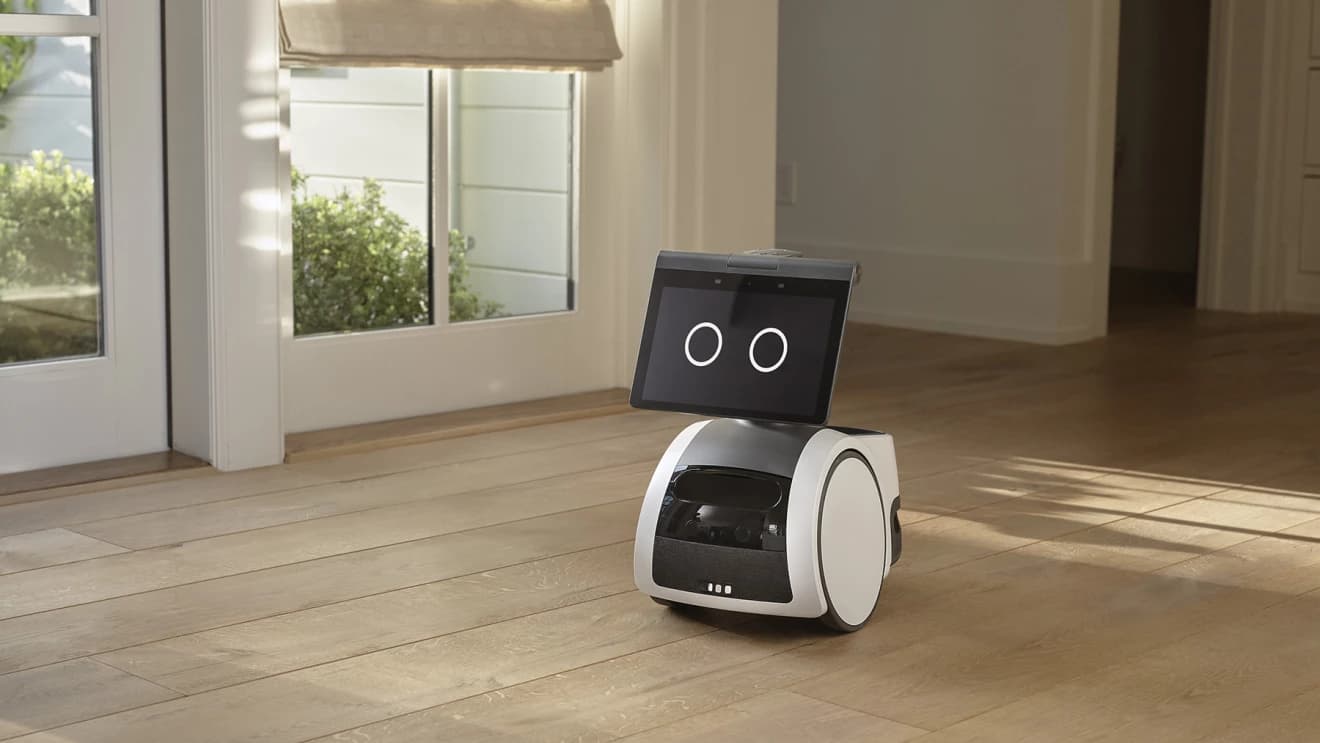 This is Astro. It’s a robot designed to cruise around your home, basically making it so Amazon’s digital assistant, Alexa, can follow you around. Amazon says the robot can help monitor your house, keep the family connected from one room to another, and even show a live feed as it wanders around the home while the owner is out.

With Amazon’s Ring Protect Pro service, Astro will roam the house automatically, keeping tabs on everything inside. Amazon says the small, cruising robot has its own personality, too.

Amazon’s landing page says Astro is available initially by invitation only. It’s priced at $999 for Day 1 Editions program members. After that, it will retail for $1,450. 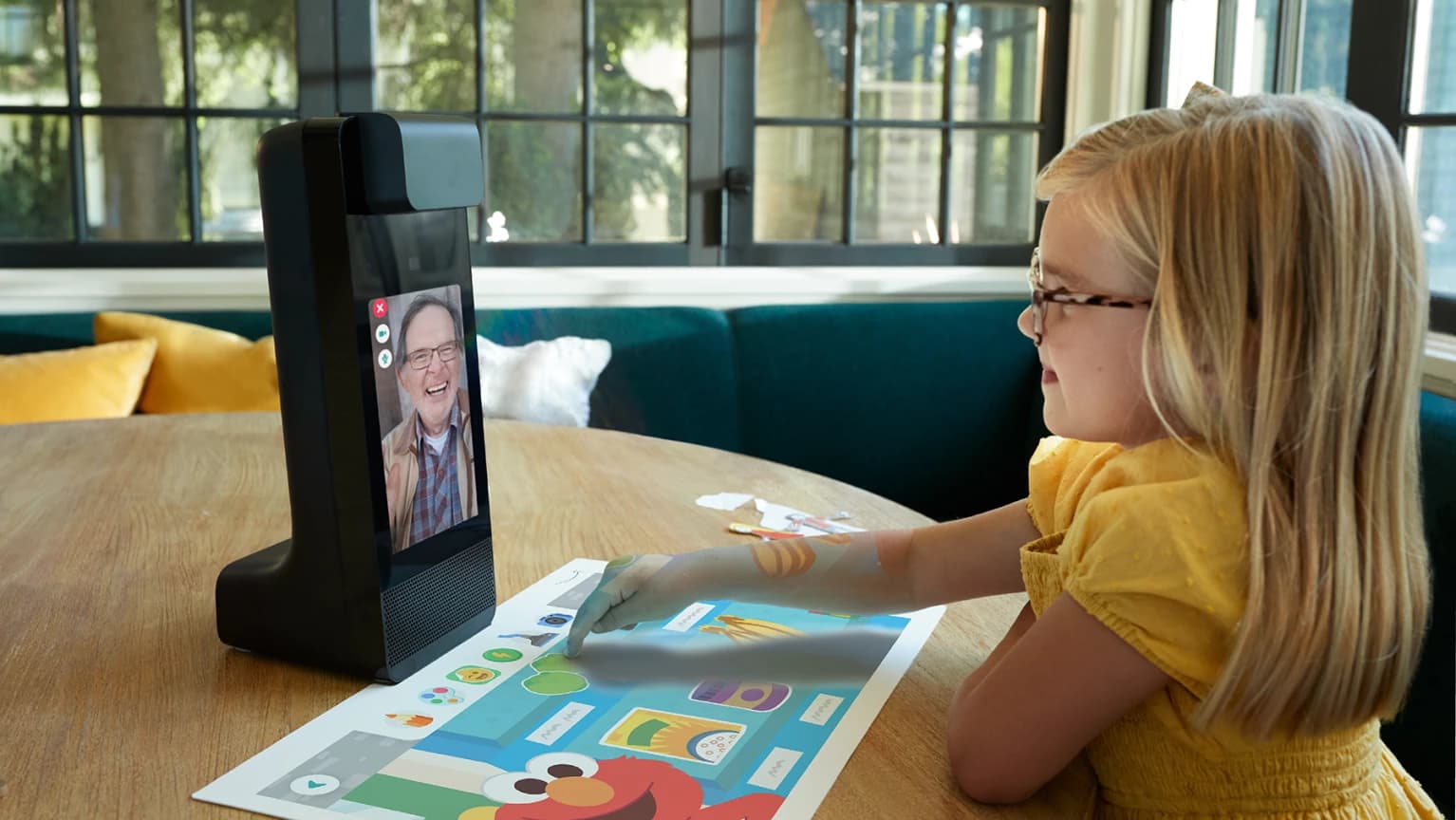 The Glow is designed for children. It’s meant to be a way to bring interaction to the young ones out there, while keeping things engaging. The device is an integrated projector and can handle video calls. The Glow is meant to let kids have fun playing games with someone else who isn’t in the same room as them.

There are options for creating art, reading stories, playing games, and much more. Amazon says Glow is coming soon, and it will retail for $249.99.