Earlier this week, Apple officially launched iOS 15 to the public. And while the update process appears to have gone over well enough, and easily enough, it’s not without some issues. Some iPhone owners out there in the wild who have updated to the newest version of the mobile OS are running into an annoying bug.

There is a silver lining here, though: this bug isn’t negatively impacting the actual available storage on any iPhones out there running iOS 15. So thats’ good news. Still, it’s an annoying bug that some early adopters are naturally frustrated with. Especially if their device isn’t close to being tapped, storage wise.

As noted today by AppleInsider, some early adopters of iOS 15 are seeing a persistent message in the Settings app that tells them, “iPhone storage almost full.” The original report says that the iPhone owners who have tried to fix it by deleting data from their device has not resulted in a fix. Which means the message is still present, despite the deletion. It doesn’t even matter how much storage has actually been used on the device, as you can see from the image just below. 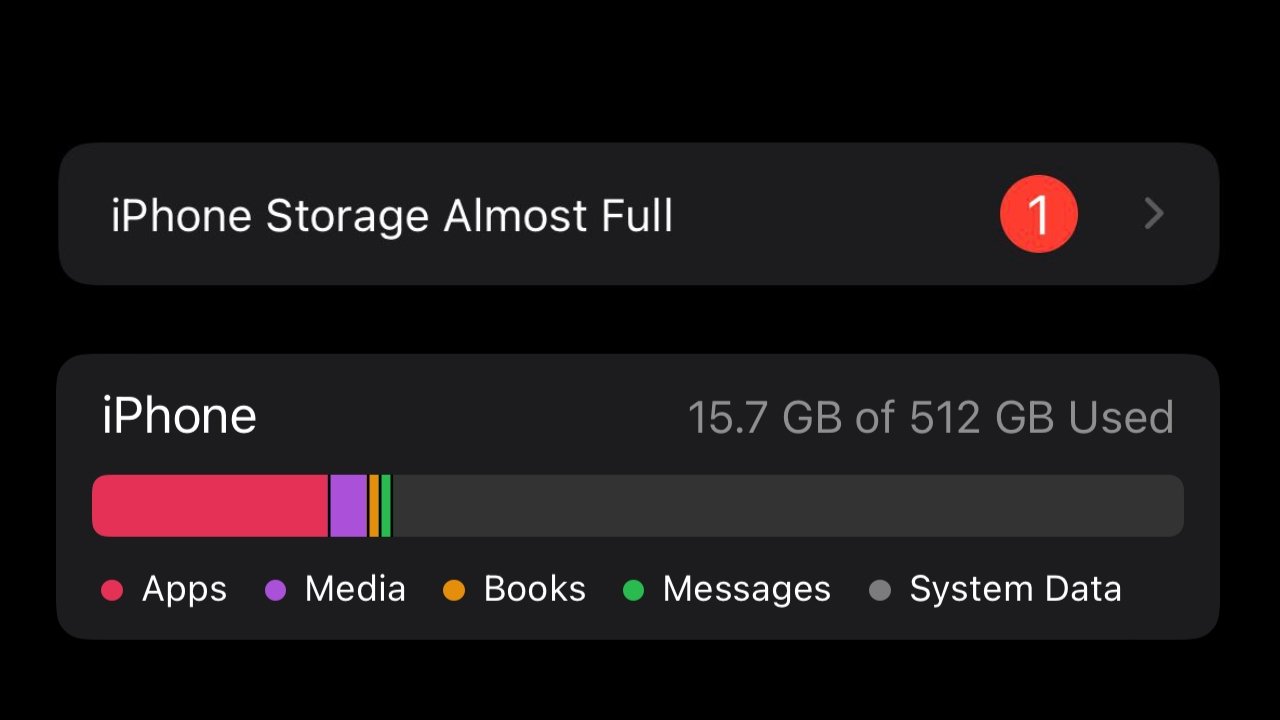 At the time of publication, it appears Apple has not publicly commented on the matter. Which, of course, isn’t a surprise by any means. Apple will likely fix the issue quietly at some point in the future.

Users should not go out of their way to factory reset their devices for no discernible reason at this point, even if they are seeing this message in the Settings app. And don’t go out of your way to start deleting anything, either, especially important photos or documents just to try and clear the message. The original report notes none of this will work, and the message will remain.

Those impacted by this bug will just have to wait it out. At least it’s not a pop-up message or anything, and it’s buried relatively deep into the Settings app. (Settings –> General –> iPhone Storage)

Have you run into this issue?