Curiously timed with respect to the upcoming iOS & iPadOS 15 updates for iPhone and iPad, The Odyssey Team appears to have released an updated version of the iOS & iPadOS 13-based Odyssey jailbreak tool.

The announcement, shared this Wednesday evening via the Sileo / Taurine / Odyssey Discord channel, bills the updated version of the Odyssey jailbreak as v1.4.0 with a respectable list of changes and improvements.

The full announcement below: 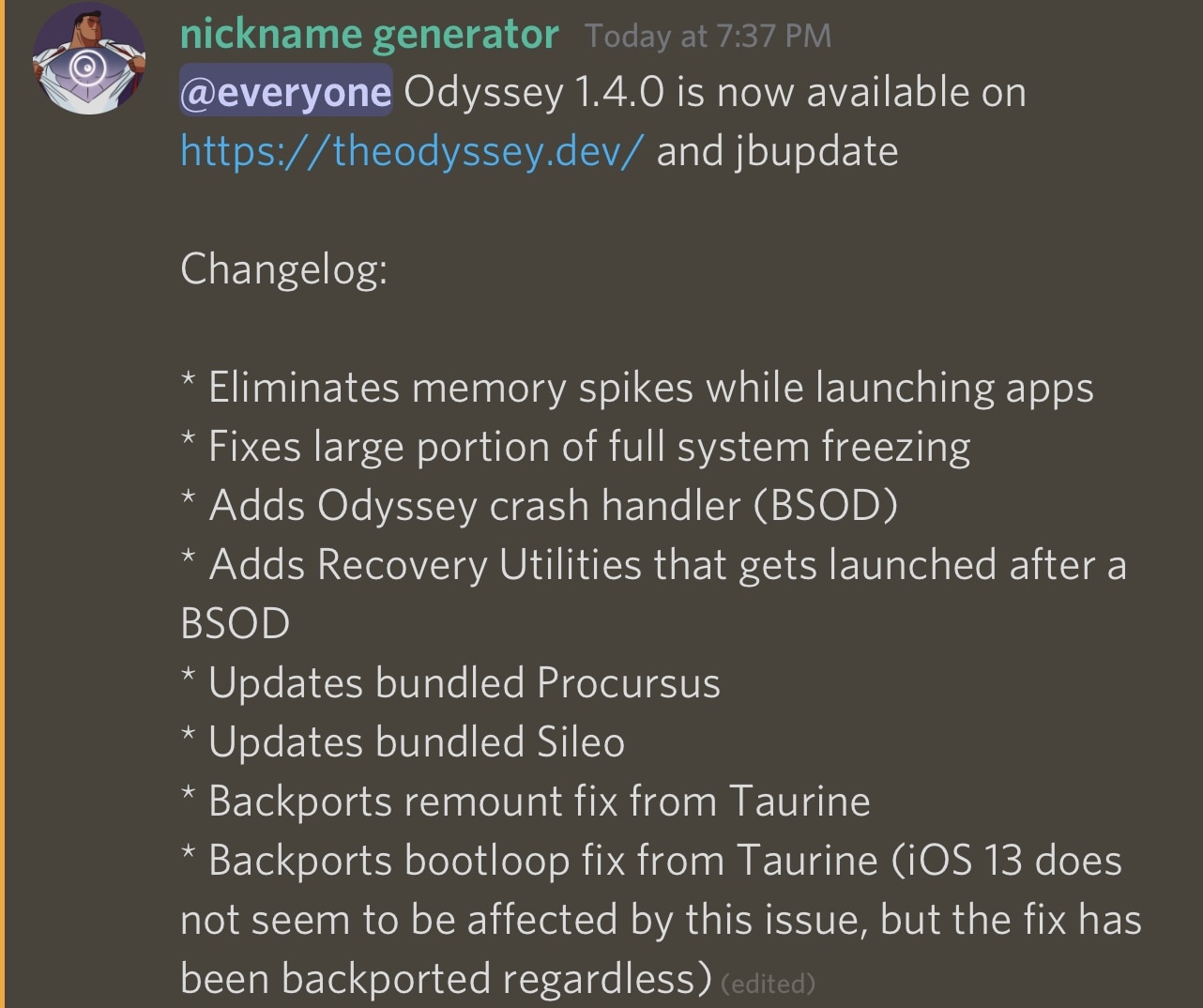 According to the change log, Odyssey v1.4.0 brings the following changes to the jailbreak experience:

Based on the changes, one could argue that this is not only a maintenance update, but a rather substantial one…

Changes recently incorporated into the iOS & iPadOS 14-based Taurine jailbreak to combat a nasty bug in the operating system that resulted in BSOD, bootloops, and data loss appear to be making their way to the Odyssey jailbreak despite iOS & iPadOS 13 lacking this issue. The Odyssey Team says they’ve added the mitigations anyway, likely playing it safe and to providing Odyssey users with startup repair tools as a way out if it ever becomes an issue in the future.

Below is a screenshot showing the Odyssey Recovery interface, which probably looks familiar if you were following along when a similar interface was added to Taurine: 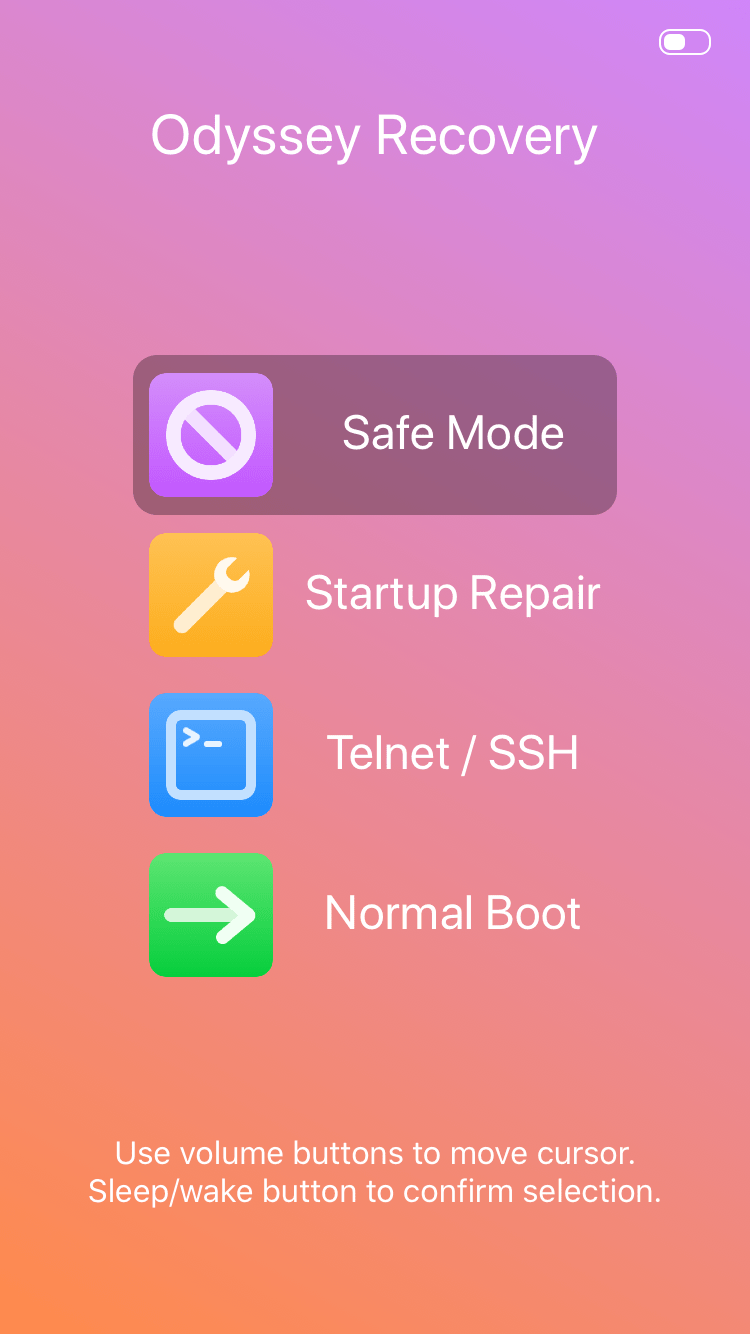 Odyssey v1.4.0 is recommended for all users not just because of the above changes, but because it improves jailbreak reliability and stability and bundles all the latest software like Procursus and Sileo. Odyssey can be downloaded from theodyssey.dev and we have a detailed step-by-step tutorial showcasing how to jailbreak iOS or iPadOS 13.0-13.7 with Odyssey if you’ve never done so before.

Have you downloaded and installed the latest version of the Odyssey jailbreak yet, or are you using something else? Be sure to let us know in the comments section down below.