Apple’s virtually-held September 14 event under the tagline “California Streaming” revealed updates to the iPhone lineup, Apple’s bread and butter, in addition to the sixth-generation iPad mini and Apple Watch Series 7. If you’re not caught up yet, it might be a great idea to watch the new ads first to familiarize yourself with Apple’s talking points before diving deeper.

Let's navigate all the new Apple videos Show
1) Must-see new Apple ads: iPhone 13 Pro Max and iPad mini 6
2) More videos about the iPhone 13 Pro camera
3) And now, watch this dull iPhone 13 ad
4) No flat edges in this one whatsoever
5) Apple is trying its best to push Fitness+
6) Relive the iPhone 13 keynote
7) All the new ads were created in-house 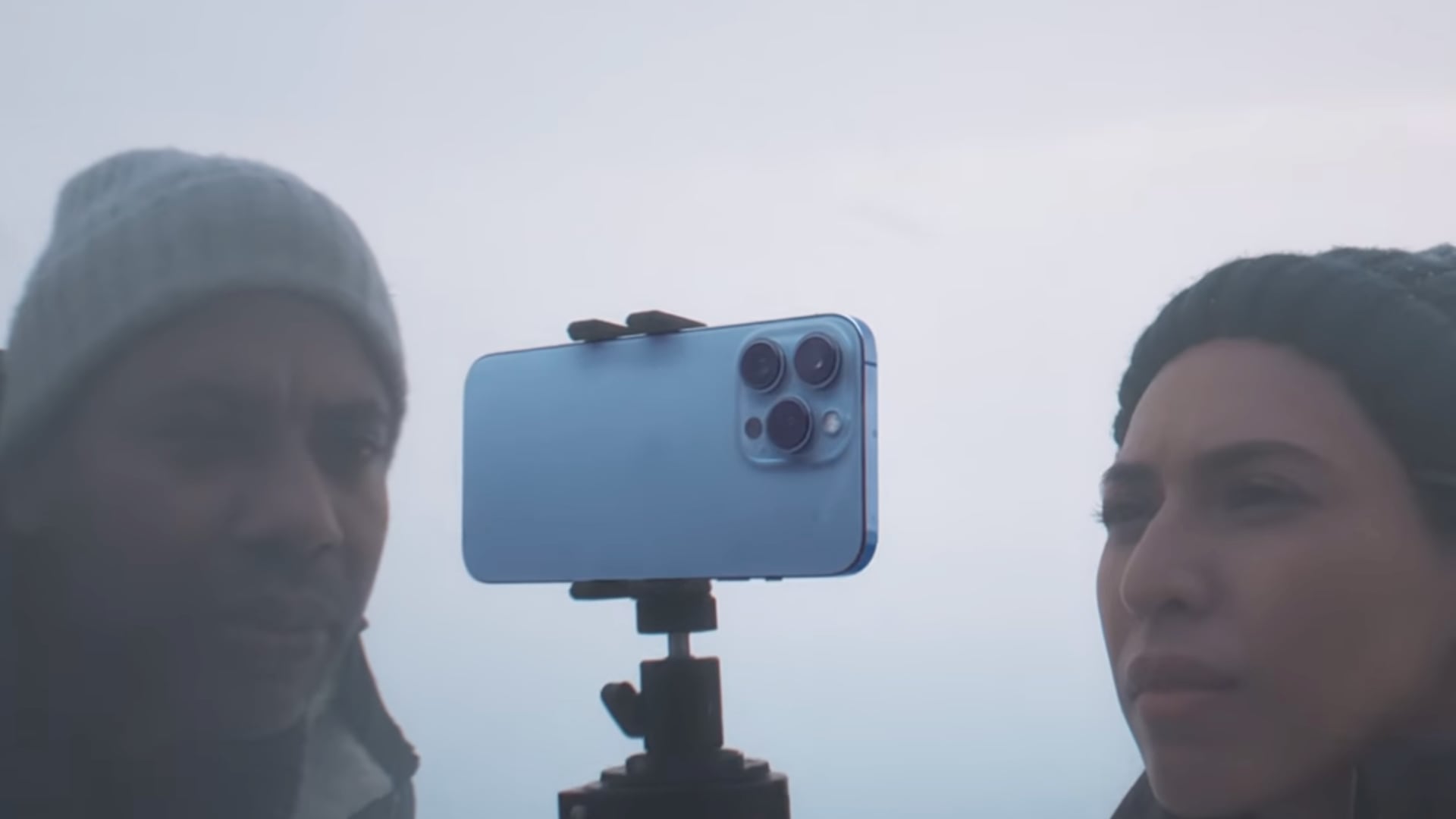 Following a period of insecurity, Apple’s marketing has managed to find a new voice and theme for video commercials (you could see results of this change start to unfold in front of our own eyes a few years back). The inaugural advertisement for the Pro-branded models of iPhone 13, which you can see embedded right ahead, shows a company firing on all cylinders. If the camera is the number one feature you’re looking for in a smartphone, and you’re a fan of Apple products, this video should give you goosebumps (one of the iDB members was immediately sold on the highest-capacity 1TB model after seeing this effective ad).

The inaugural ad for the sixth-generation iPad mini borrows quite a few creative aspects from Apple’s introduction video for the 2018 iPad Pro, what with the opening (an iPad being pulled out of a bag), fast-paced editing and sublime messaging.

Song: “Don’t Fence Me In” – Amyl and the Sniffers

Song: “If I Got My Ticket” by SOULS

Continuing with the same theme, the following video dives deeper into the creative and technological features of the cameras. What these ads don’t tell you is that what you’re actually seeing is Hollywood professionals at work. Filmmaking is hard so don’t expect to be creating these gorgeous mini-films without significant effort on your part and a brilliant idea.

The following clip sings praise to Cinematic Mode, a new AI-powered cinematography feature available only on the iPhone 13 Pro and iPhone 13 Pro Max. With Cinematic Mode, the phone analyzes what the camera sees, in real-time, to automatically put the subject in focus and blur the background. Camera focus changes dynamically, but you can also change focus on the fly while filming or after the fact when editing the video in Photos.

This commercial did nothing for me. I wasn’t moved at all nor did I get the urge to go out and buy the darn thing outright (unlike watching the iPhone 13 Pro Max video introduction). I get sublime messaging and all but I still haven’t found this one memorable the tiniest bit.

No flat edges in this one whatsoever

Apple Watch Series 7 was supposed to have a redesigned appearance with flat edges. We instead got a Series 7 with rounded edges, just like before. The bezels are skinnier while the display is a bit larger and provides twenty percent more pixels. But no flat edges whatsoever. Watching this ad, the first thing that comes to mind is how it carefully tries to conceal industrial design while almost exclusively focusing on that bigger display. Is this a compromise watch that will ship because the flat-edged design was perhaps too demanding on suppliers?

Apple is trying its best to push Fitness+

Apple also spent an insignificant amount of time discussing Fitness+, its fitness subscription service that offers intelligent recommendations for workouts and meditations and features Apple Watch integration, all in exchange for $10 monthly or $80 yearly. In the following video, Apple focuses on celebrity trainers and workout types available to Fitness+ members.

Apple mentioned Fitness+ multiple times during other segments of its pre-taped presentation, making us curious as to whether that could eventually, over time, translate into new subscribers. Apple Fitness+ is launching in fifteen new markets later in 2021, with the newly announced pilates workout type becoming available to subscribers on September 27.

Fitness+ will integrate with the SharePlay feature, coming in an update later this year.

The full keynote video for the September 14 “California Streaming” event can be found on Apple’s official channel on YouTube. Moreover, the same video can be found on the company’s Apple Events webpage at apple.com/apple-events/september-2021.

The whole thing runs about one hour and fifteen minutes long.

You may also want to visit the following product hubs on the Apple website:

All the new ads were created in-house

As a matter of fact, all Apple ads you see nowadays are created in-house.

There’s no question about it — we see a positive change in terms of creative direction, storytelling and editing compared to the soul-searching period that followed the passing of Steve Jobs. And that’s a good thing. Apple had relied on TBWA’s creative services for quite many years and it’s during this period that the companies put out the most memorable ad campaigns.

But Apple is a very, very different company now with a whole new set of challenges, new audiences and new expectations. So it doesn’t come as a shock that Apple’s advertising these days is different than its most memorable commercials of the past.