If you happen to enjoy jailbreaking and have a deep appreciation for open-source software, then we’ve got some amazing news for you!

This Wednesday evening, the Odyssey Team took to the Sileo / Taurine / Odyssey Discord channel to announce that the semi-untethered Taurine jailbreak tool for iOS & iPadOS 14.0-14.3 had been officially open-sourced on the team’s own GitHub page under the 4-Clause BSD license.

The move to open source the Taurine jailbreak tool is likely to attract praise from the community it serves, but should also be a captivating learning experience for those who enjoy looking at the very code that makes the software they use tick. 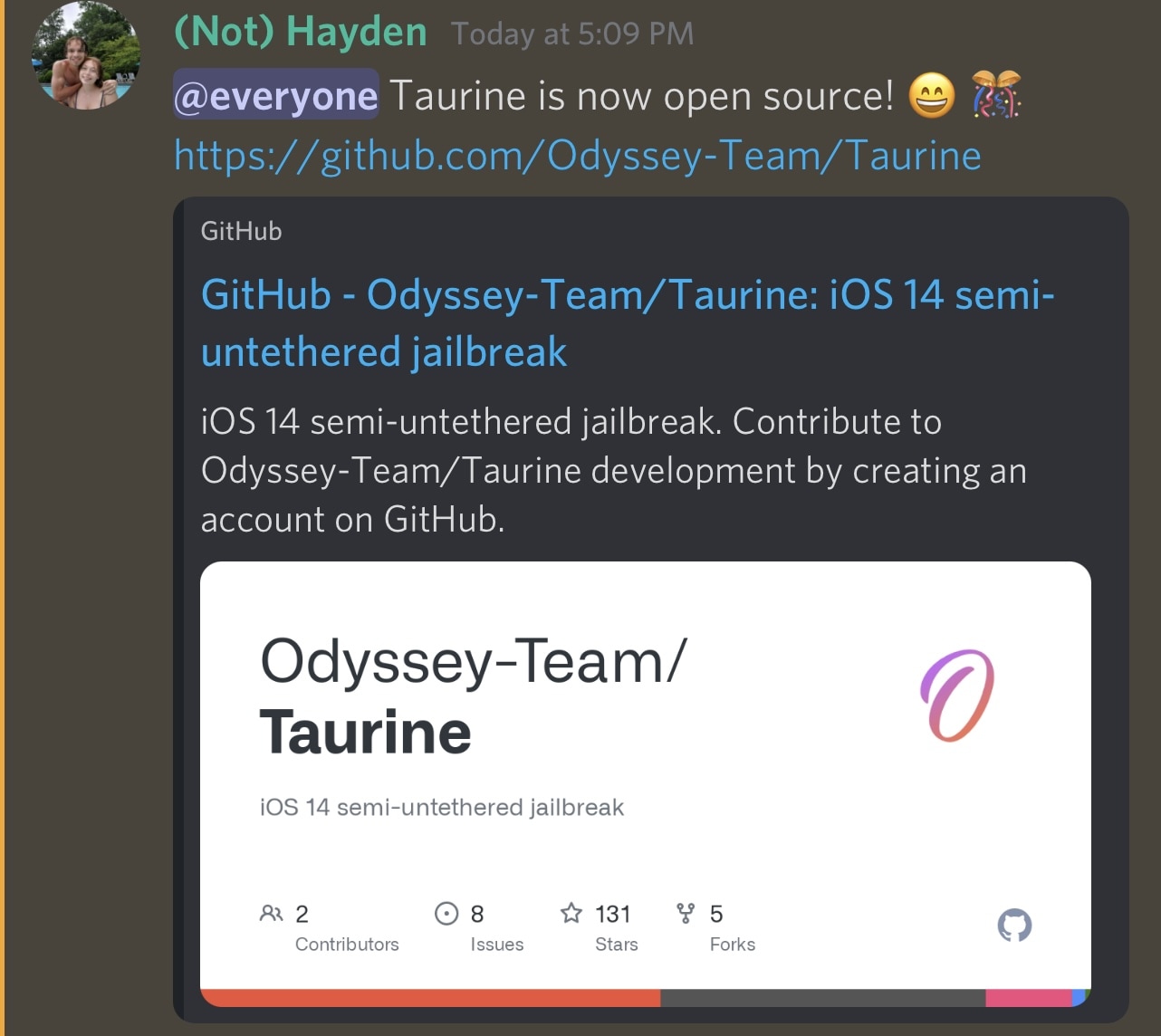 CoolStar alluded to a major open-sourcing announcement on August 28th via Discord, but the teaser then didn’t provide any specific details. Still, many jailbreakers already had a feeling about what was coming.

We should also add that the upcoming Manticore jailbreak for iOS & iPadOS 14.0-14.3 has yet to be released, but the Manticore Team recently published a GitHub page where efforts toward the tool would be uploaded.

Interested in checking out the Taurine jailbreak tool’s source code for yourself? If so, then you can head over to the Odyssey Team’s dedicated GitHub page to do just that.

Are you happy that the Odyssey Team has officially open-sourced the Taurine jailbreak tool? Let us know why or why not in the comments section down below.