It feels like it’s only a matter of time before all the creatives in Hollywood (and outside of it) find a project to work with for Apple Studios and Apple TV+. Ewan McGregor is actually not new to the experience, having launched Long Way Up late last year. And now he’s back, teaming up with Ethan Hawke (Sinister, Boyhood) for a new drama feature film.

Deadline has the report today, detailing the upcoming feature film Raymond and Ray, which will star McGregor and Hawke (pictured below, left and right, respectively) as half brothers living under the shadow of a “terrible father.” The original report says there will “definitely be grave-digging” as the half brothers reconnect during that aforementioned terrible father’s funeral. The publication also says the upcoming feature film will have “a sense of humor,” and “anger, there’s pain, there’s folly, there might be love.”

Alfonso Cuarón (Gravity) will be producing the project, with Rodrigo García (In Treatment) set to write and direct the film. Bonnie Curtis (Saving Private Ryan) is also serving as a producer on the project. 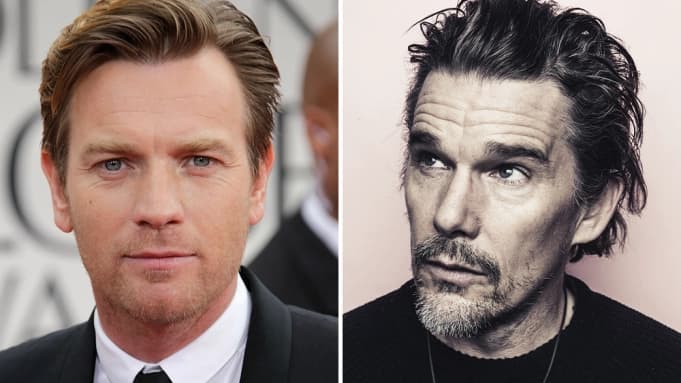 And that’s all we have! As is par for the course with these sorts of reports, which are basically confirming the existence of the project in general, there aren’t a lot of details to go on quite yet. This one’s still in its infancy, so it will probably be a ways off before we get any additional information about the feature film. Between now and the release date, there will be plenty of reports regarding new cast additions, though. And, eventually, a trailer.

As soon as we know more, we’ll be sure to pass it along. As for what we know now, though, it sounds like an interesting project. Especially with Hawke and McGregor leading the cast, and García behind the camera (and penning the script). Hopefully we don’t have to wait too long before we can start filling in the details.