Th feature is in an early stage so don’t let crashes and other hiccups surprise you. “We still have a lot of work to do in the coming months, but this is our first step,” it reads.

Android users who are included in the test can download and install these two titles on their device. Rather than stream games to the user via the cloud similar to services like Xbox Cloud Gaming and Stadia, the games are downloaded locally to the device.

The games are listed underneath a new section titled “Play Mobile Games” on the Netflix home screen. Touching a title takes you to the game page offering details like the description, screenshots, trailers and more. Hitting the “Install Game” button takes the user to Google’s Play Store to download the game to their device.

Engadget has more on how that works:

You can still download the games directly from the Play Store, though you’ll need to confirm your Netflix log-in credentials. You can play games through the Netflix app as well as through their own dedicated apps.

The games are available at no additional charge to Netflix subscribers, with no ads and no in-app purchases to spoil the experience. Netflix announced a move into mobile gaming in July 2021, telling investors it sees gaming as another new content category for it.

How will Netflix gaming work on iPhone?

It’ll be interesting seeing how Netflix implements this in its iPhone and iPad app.

Apple’s rules make it virtually impossible for providers of game-streaming services to support the iOS platform because developers are expected to submit each and every server-hosted cloud game to Apple for approval.

That’s why Netflix was smart to adopt a different approach that requires the user to actually download the game from their device’s app store. This should guarantee that Netflix mobile gaming will launch on iOS without problems. 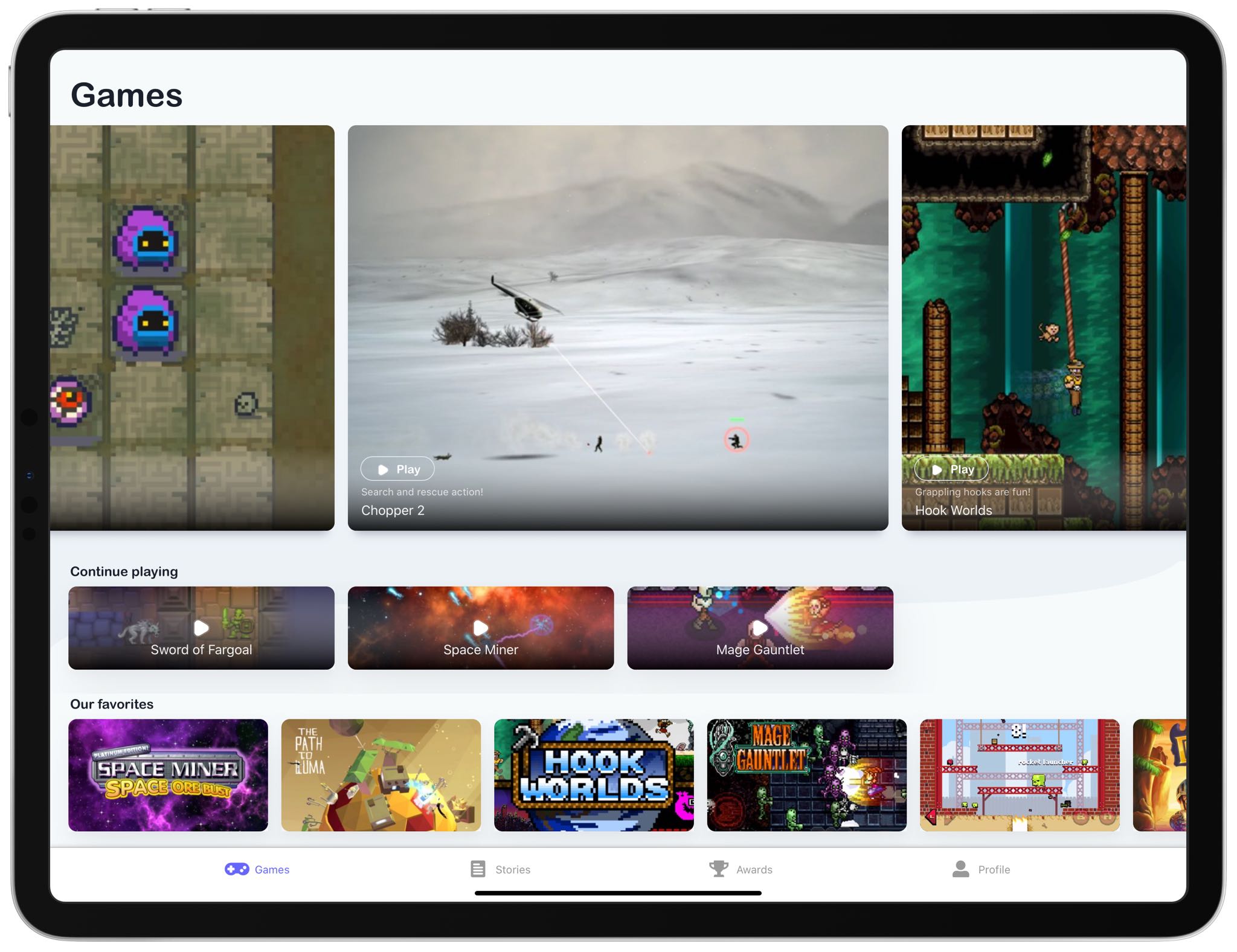 Look no further than a game-subscription service, dubbed GameClub, pictured above.

ClubHouse provides 100+ iconic App Store games, updated with support for modern hardware. Similar to Netflix, installing a GameClub title actually yanks you out of the GameClub app and into the App Store where you can download the full game to your device.