In more recent iterations Apple’s mobile operating systems, like iOS 13 and 14, the company attempted to incorporate support for third-party VoIP apps such as WhatsApp in the contact list to make reaching people who use those services even easier.

The concept sounds splendid on paper, but the execution appears to have been anything but. iOS developer 0xkujhappened upon a tweak bounty by Reddit user karm2308 requesting the removal of these botched options from the contact list, and a free jailbreak tweak dubbed Hide VOIP Suggestions was consequently conceived.

From what we can gather, the VoIP options in Apple’s contact list don’t always work as expected, and this leaves a lot to be desired as far as the user experience is concerned. Hide VOIP Suggestions does exactly what the tweak’s name implies that it does, as it hides these often broken suggestions from even appearing in the first place. 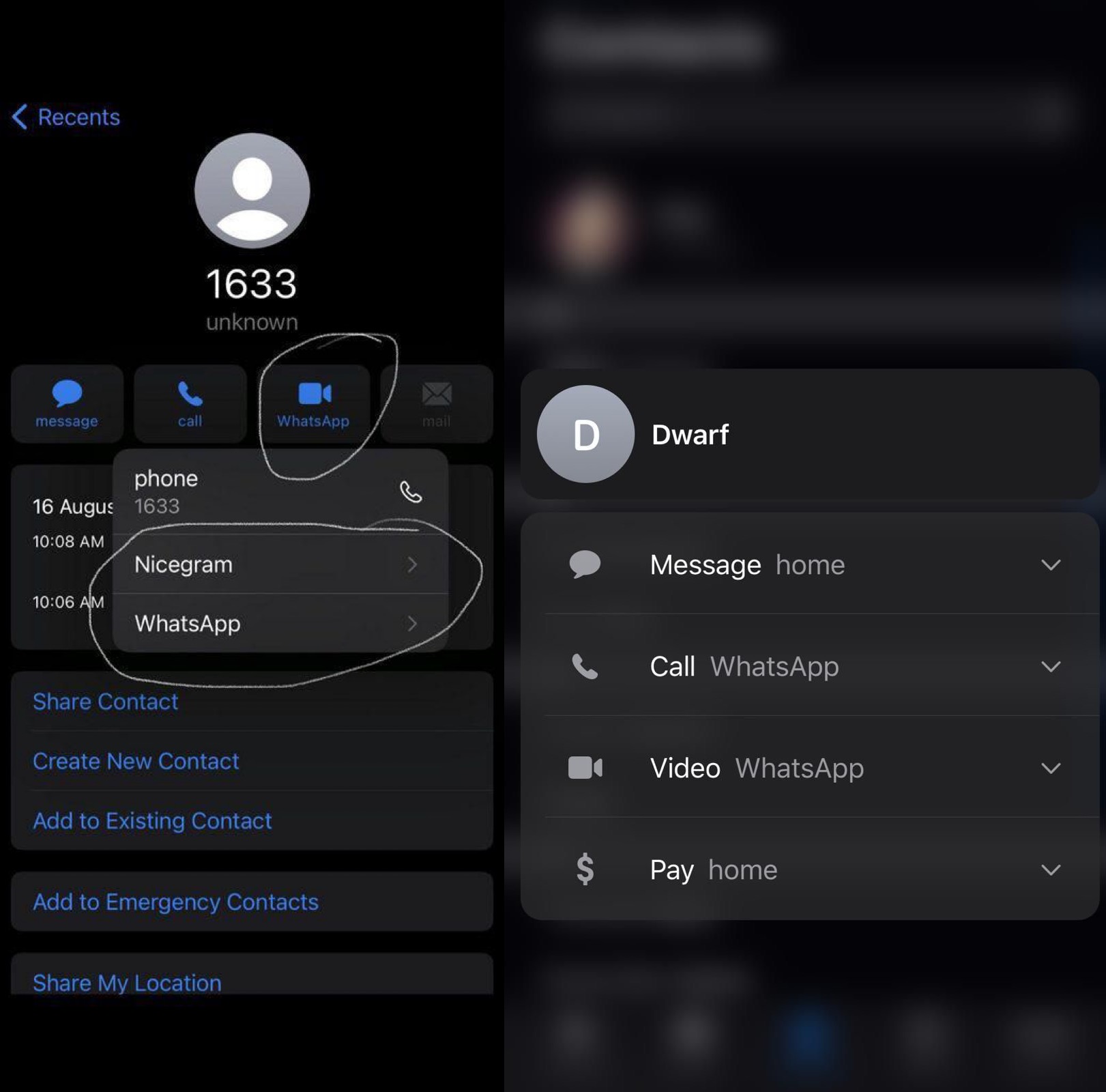 Whether you’re just as fed up with the options not working properly as /u/karm2308 was, or you simply never use them, Hide VOIP Suggestions is the perfect way to tell your device that you don’t want to see those options anymore. Simply installing the tweak removes them from the contact list interface.

The developer of Hide VOIP Suggestions has expressed interest in trying to fix the native feature to work properly for those users whose want to use them, but that’s a project for another day. In the meantime, hiding the options just might be the best solution.

If you’re interested in giving Hide VOIP Suggestions a try for yourself, then you may download the tweak for free from the Packix repository via your favorite package manager app. The tweak works with jailbroken installations of iOS 13 and 14 and is open source on the developer’s GitHub page.

Do you ever have problems with the VoIP buttons when perusing your contacts list) let us know more about your experience in using them in the comments section down below.