In case you missed it, the Sileo Team released a substantial update for the Sileo package manager this Thursday morning that brought it up to version 2.2 with a rather extensive change log. In addition to making Sileo compatible with all existing jailbreaks, the update also brought a significant number of new features, bug fixes, and improvements.

Thursday evening, the Sileo Team followed up with the larger and more significant update by launching a secondary smaller update. The latest version of Sileo is now version 2.2.1.

The Sileo Team announced the Sileo v2.2.1 update via their official Twitter page just this evening: 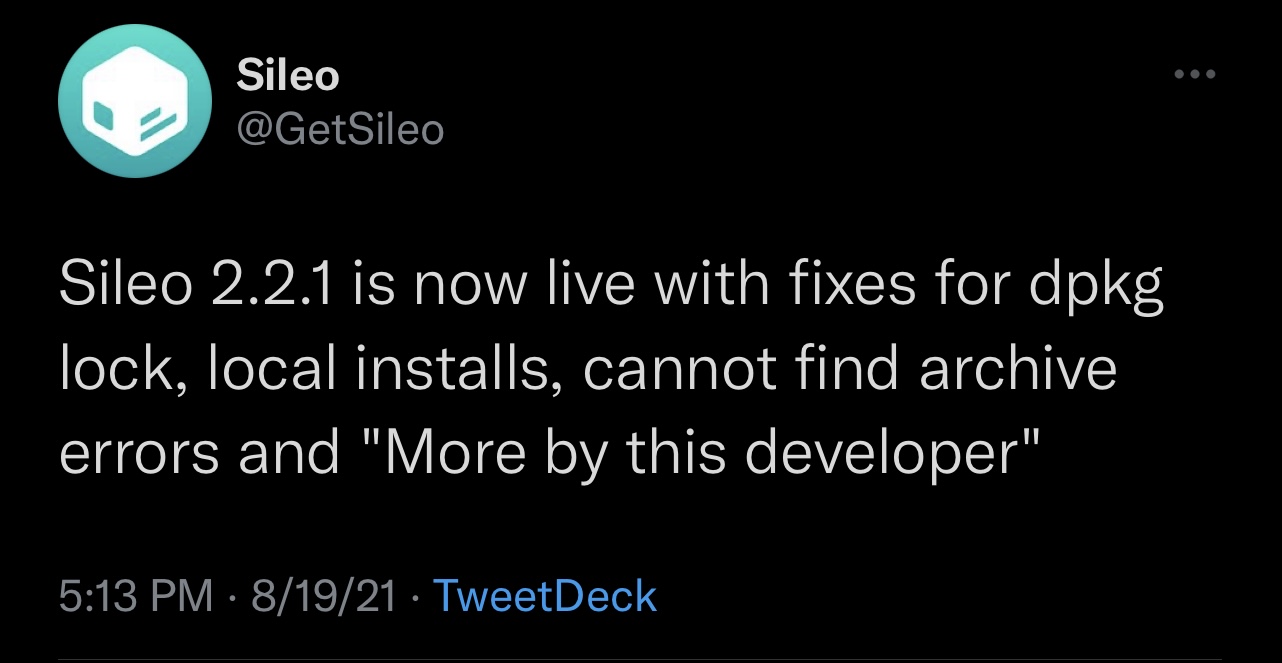 From what we can gather, the latest update fixes error messages pertaining to dpkg lock, local installs, and cannot find archive. It also addresses the “More by this developer” issue that some users reported.

If you’re already a Sileo user, then you would need only launch the app and refresh your sources to find and install the latest update.

Sileo is primarily used on jailbreaks developed by CoolStar’s jailbreak teams, such as Odyssey for iOS & iPadOS 13 and Taurine for iOS & iPadOS 14. It’s also installed by default on devices using Odysseyra1n, which are essentially checkra1n’d devices that are using a custom bootstrap installed via a script.

Sileo can also be installed on other jailbreaks, including checkra1n and unc0ver, without Odysseyra1n. This process involves adding a special repository to your existing package manager and installing a few packages; the process is better described in more detail in our step-by-step tutorial.

Have you updated to the latest version of Sileo yet? We’re excited to read your answer in the comments section down below.