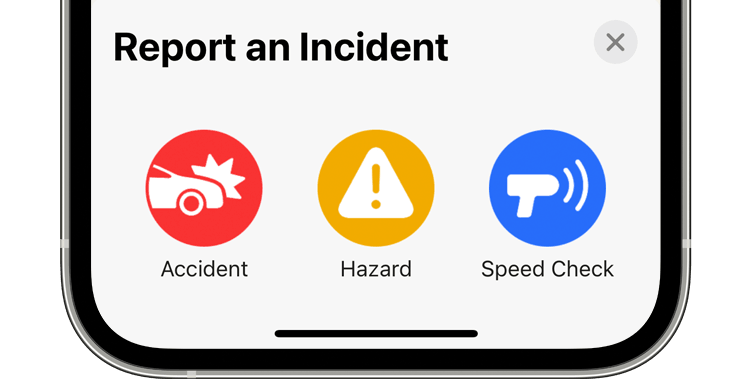 Beginning today, Apple Maps customers who have iOS 14.5 installed on their iPhone can report accidents, hazards and speed control to help others.

→ How to report traffic incidents on Apple Maps

“For some time now, Apple Maps has been showing speed cameras in the Netherlands and from today it is possible to report accidents, danger or speed checks on your route,” reports Dutch-language iCulture which has received confirmation from Apple that these traffic-reporting features are now available to local Maps customers.

Apple Maps lets you report traffic indecent on the road to help other drivers similar to Waze, Google Maps and other navigation apps. You can report a traffic incident on the road like an accident, hazard or speed check using Siri, turn-by-turn directions or from the Maps’ main screen. You can also report to Maps whether a previously reported incident has been resolved.

Accident reporting in Apple Maps requires iOS or iPadOS 14.5 or higher. This crowd-sourced reporting feature in Maps is currently unavailable for the Mac computers.