Earlier this year, it was reported that Tom Hanks (Forrest Gump) would star in another film heading to Apple TV+ after starring in the World War II drama Greyhound. We learned the film was called Finch, and that Apple had outbid a variety of different companies to secure the streaming rights. Unfortunately, at the time, we didn’t know when it would actually start streaming.

That changes today, though. Apple has announced that the upcoming film, which stars Hanks and Caleb Landry Jones (Get Out, Three Billboards Outside Ebbing, Missouri), will premiere on Apple TV+ on Friday, November 5, 2021. Finch is directed by Miguel Sapochnik (True Detective, Game of Thrones), and it was written by Craig Luck, who is making their feature film debut with this one.

This film was actually known as Bios before the name change, and Universal was planning on releasing the film in theaters at one point. Initially, the original report suggested that a theatrical run could still be in the cards (which would probably make Hanks happy), but that after Apple’s winning bid, it would inevitably arrive on the streaming service. 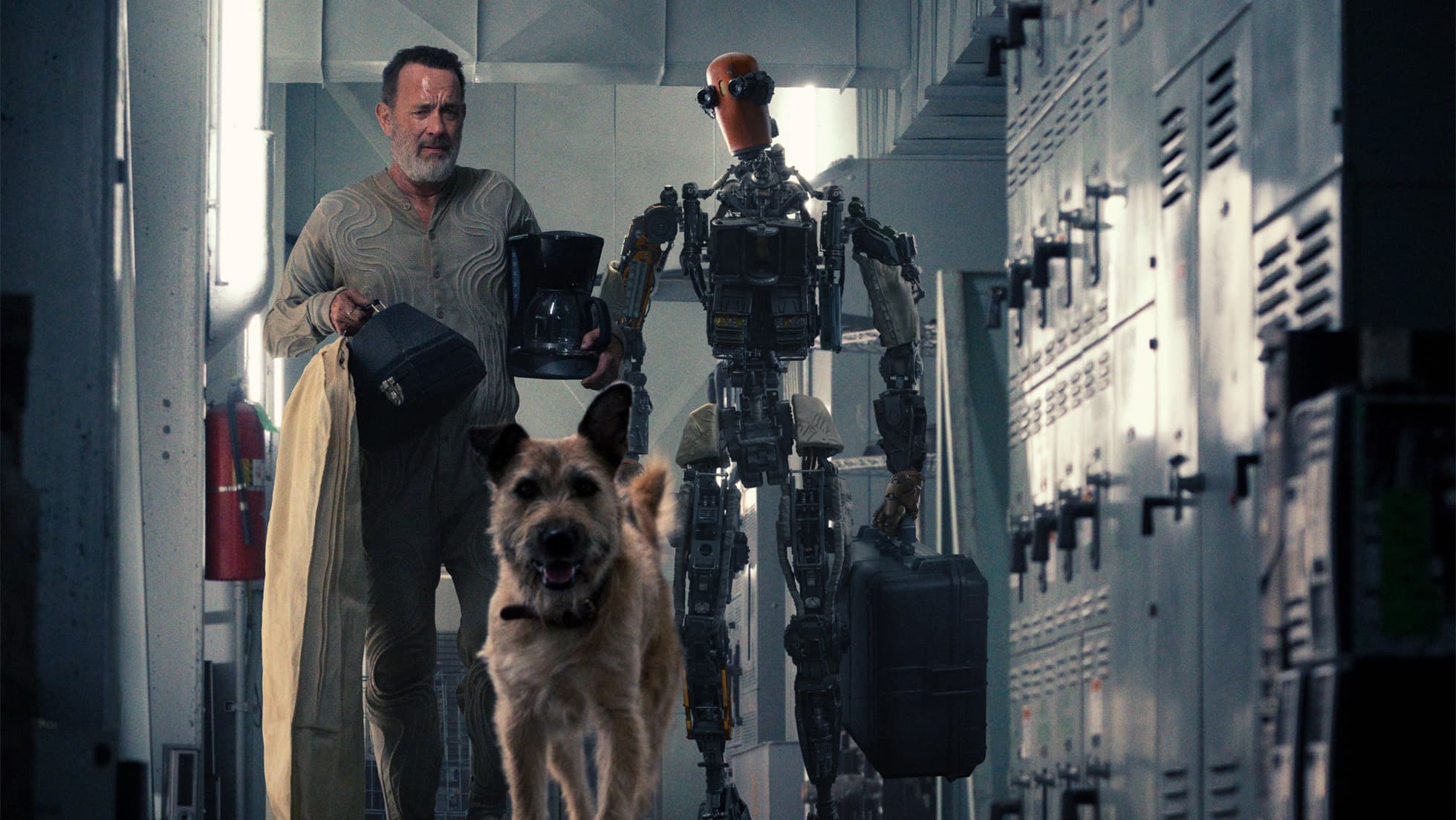 The film itself has a wild, if not heartfelt premise. Hanks stars as Finch, a robotics engineer living in a world that has been decimated by a solar event. The cataclysm left most of Earth a wasteland, and Finch is one of the few survivors. One of the other survivors, though, is Finch’s dog — and the film apparently centers around Finch trying to make sure that his beloved canine friend is cared for after Finch passes away.

But Finch, who has been living in an underground bunker for a decade, has built a world of his own that he shares with his dog, Goodyear. He creates a robot, played by Jones, to watch over Goodyear when he no longer can. As the trio embarks on a perilous journey into a desolate American West, Finch strives to show his creation, who names himself Jeff, the joy and wonder of what it means to be alive. Their road trip is paved with both challenges and humor, as it’s as difficult for Finch to goad Jeff and Goodyear to get along as it is for him to manage the dangers of the new world.

You can see an image from the upcoming film above. Apple will likely have a trailer to share soon enough, and as soon as it arrives we’ll be sure to share it. Based on what we’ve got so far, though, are you looking forward to this one?