A new, unreleased TikTok Stories feature is currently in testing. Similar to Snapchat Stories and the like, it lets you add text, captions and music to a video to make it more immersive. 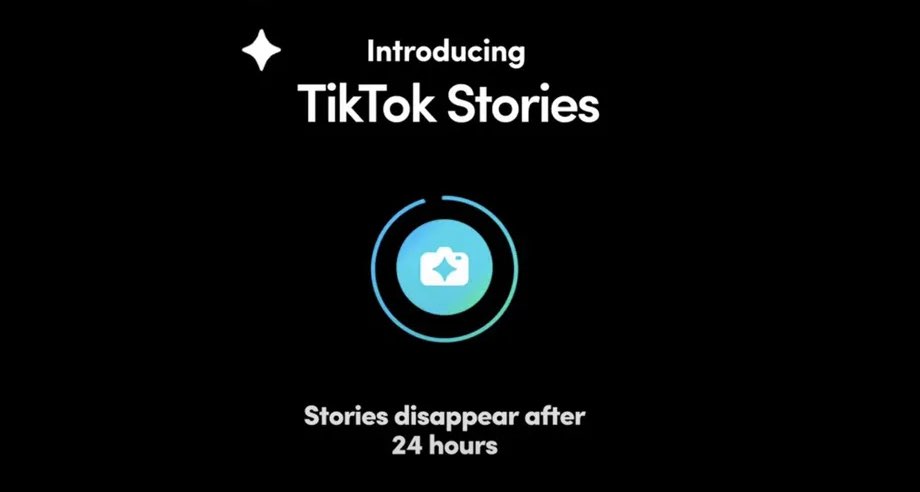 Interactive stories that Snapchat popularized and first rolled out a few years ago is one those initially interesting feature that gets boring over time as it gets shamelessly copied to death.

Nowadays even the most mundane things, such as your Revolut spending stats, need to be presented in a stories-like fashion, with multiple screens of text, images and more running like a slideshow. When done properly, these interactive stories can be very effective.

But more often than not, they’re just annoying.

And now, TikTok is said to be testing a Snapchat Stories clone of its own. Dubbed TikTok Stories, the unreleased feature was originally highlighted by Matt Navarra on Twitter.

A TikTok spokesperson subsequently confirmed the test to The Verge.

We’re always thinking about new ways to bring value to our community and enrich the TikTok experience. Currently, we’re experimenting with ways to give creators additional formats to bring their creative ideas to life for the TikTok community.

As seen on Snapchat Stories

TikTok is gauging user feedback on this one, and may ultimately choose to kill the feature if too many people included in the test dislike it. On the other hand, given the popularity of social apps that include a Stories-like feature, you can bet that TikTok Stories is a real thing and almost certainly coming soon to all TikTok users.

→ How to toggle automatic video captions on TikTok

According to people who have the feature, TikTok Stories have their own sidebar that highlights stories published by people you follow on the service. Other TikTok users who follow you can post reactions or comments to your story. Similar to interactive stories on Snapchat, Instagram and the like, a story published on TikTok is available to view for 24 hours before they’re deleted.

Creating a new TikTok story is as easy as hitting a new Create button added to the sidebar. Just as you’d expect, a TikTok story is based on video (no photos, we’re afraid) and can optionally include captions, text and music.

And like with Snapchat Stories and Instagram Stories. people who follow you on the service can react to or comment on your interactive story. Also—and stop me if you’ve already heard this—you can touch someone’s profile to view their most recent stories.