As a chronic Dark Mode user on my iPhones and iPads, I’ve grown accustomed to displays that don’t sear my eyes out of their sockets when I operate my mobile device. In essence, I like the interface to be as dark as it possibly can be, even if Apple doesn’t want it to be.

One thing I’ve noticed about using Dark Mode on the iOS platform is that the keyboard isn’t quite as dark as it could or should be, and that’s one reason why I’ve started using a free jailbreak tweak called Dark Keys Reborn by iOS developer paisseon.

As you may be able to discern for yourself in the before (left) and after (right) screenshot examples blw, Dark Keys Reborn gives the iOS keyboard a proper Dark Mode aesthetic that makes the keyboard background and keyboard keys darker than they would typically appear out of the box with Dark Mode enabled. 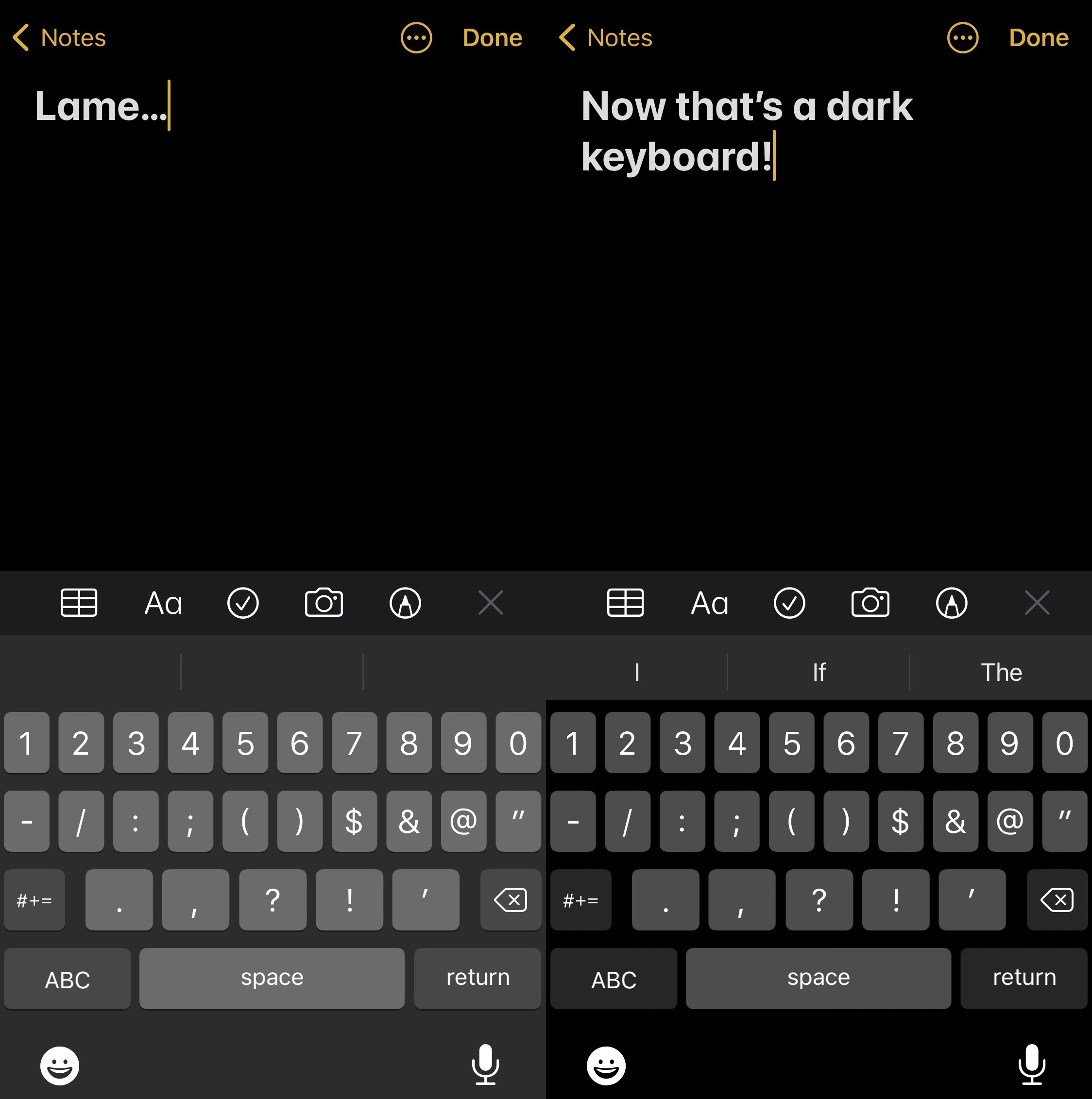 Notice the difference — the keyboard goes from a dark gray to a literal black background. It doesn’t get any better than this folks…

Once installed, the tweak adds a dedicated preference pane to the Settings app where users can configure the tweak to their liking: 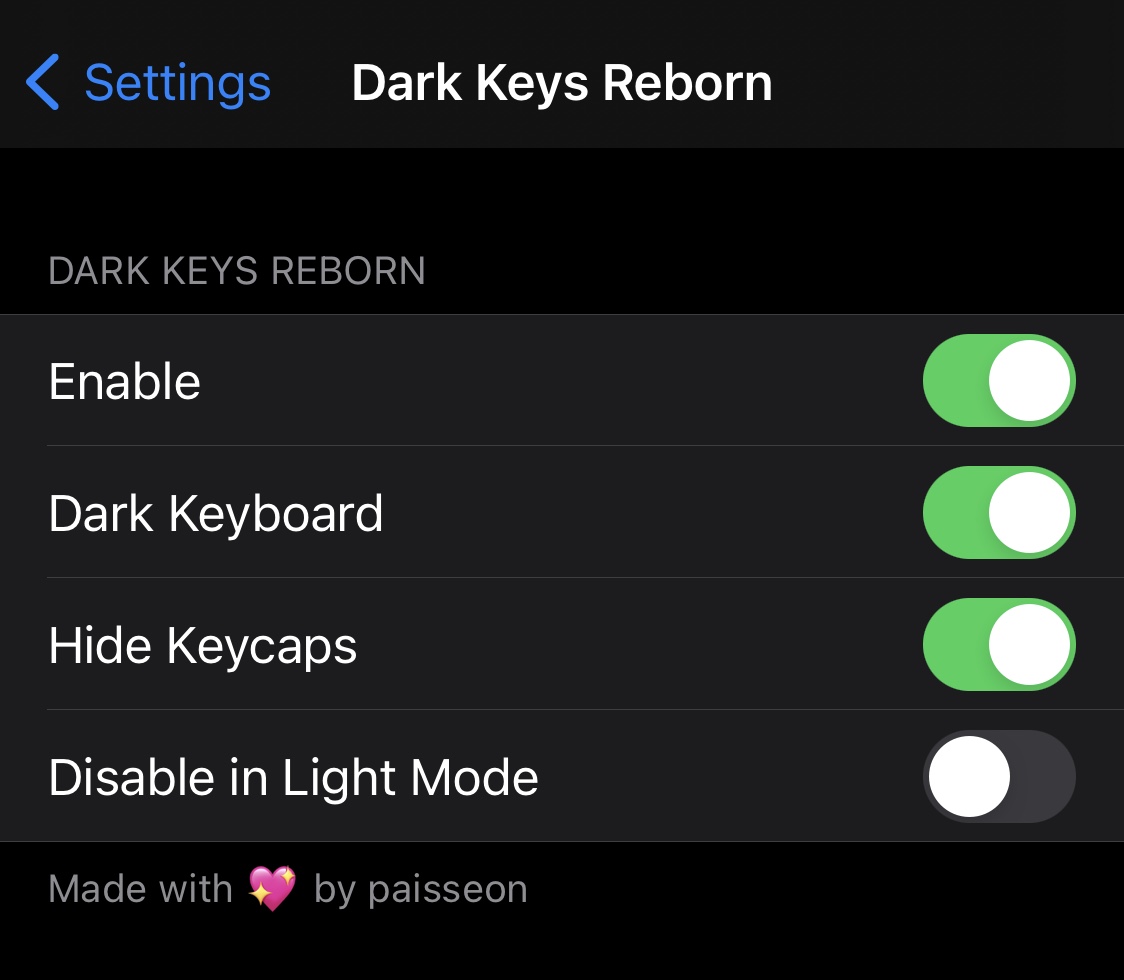 A respring doesn’t appear to be necessary to save changes to the tweak’s options.

Perhaps unsurprisingly, Dark Keys Reborn is named what it is because it’s an iOS 14-compatible reincarnation of a previously popular jailbreak tweak called DarkKeysXII that we showed you nearly two years ago.

If you’re interested in augmenting the Dark Mode aesthetics of your keyboard on the iPhone, then you can download Dark Keys Reborn for free from Paisseon’s repository via your favorite package manager. The tweak supports jailbroken iOS 13 and 14 devices.

If you’re not already using Paisseon’s repository, then you can add it to your package manager app of choice via the following URL:

Are you interested in upgrading the darkness of your keyboard when Dark Mode is turned on, or are you satisfied with how it looks out of the box? Be sure to let us know in the comments section down below.