Privacy is a valuable thing, and while iPhones can be secured with a passcode or biometric authentication such as Face ID or Touch ID, many still feel like Apple could do more to improve user privacy — especially for when someone manages to get ahold of your passcode or you hand your unlocked device to another person for one reason or another.

iOS developers Devvix and nicho1asdev wanted to do something about this, and after happening upon a snazzy new concept by @Devy_Design, work ensued and a new jailbreak tweak dubbed Spore was later conceived and is now available to the general public.

To explain Spore in its simplest terms, the tweak lets you hide and protect app(s) so that when someone else has control over you device, that person won’t be able to find or use said apps. Not only are those apps hidden from the Home Screen and from Folders, but they’re also hidden from places like Spotlight search, Siri Suggestions, the App Store, and more. The tweak can even intelligently hide notifications from those apps, preventing the user from seeing them. 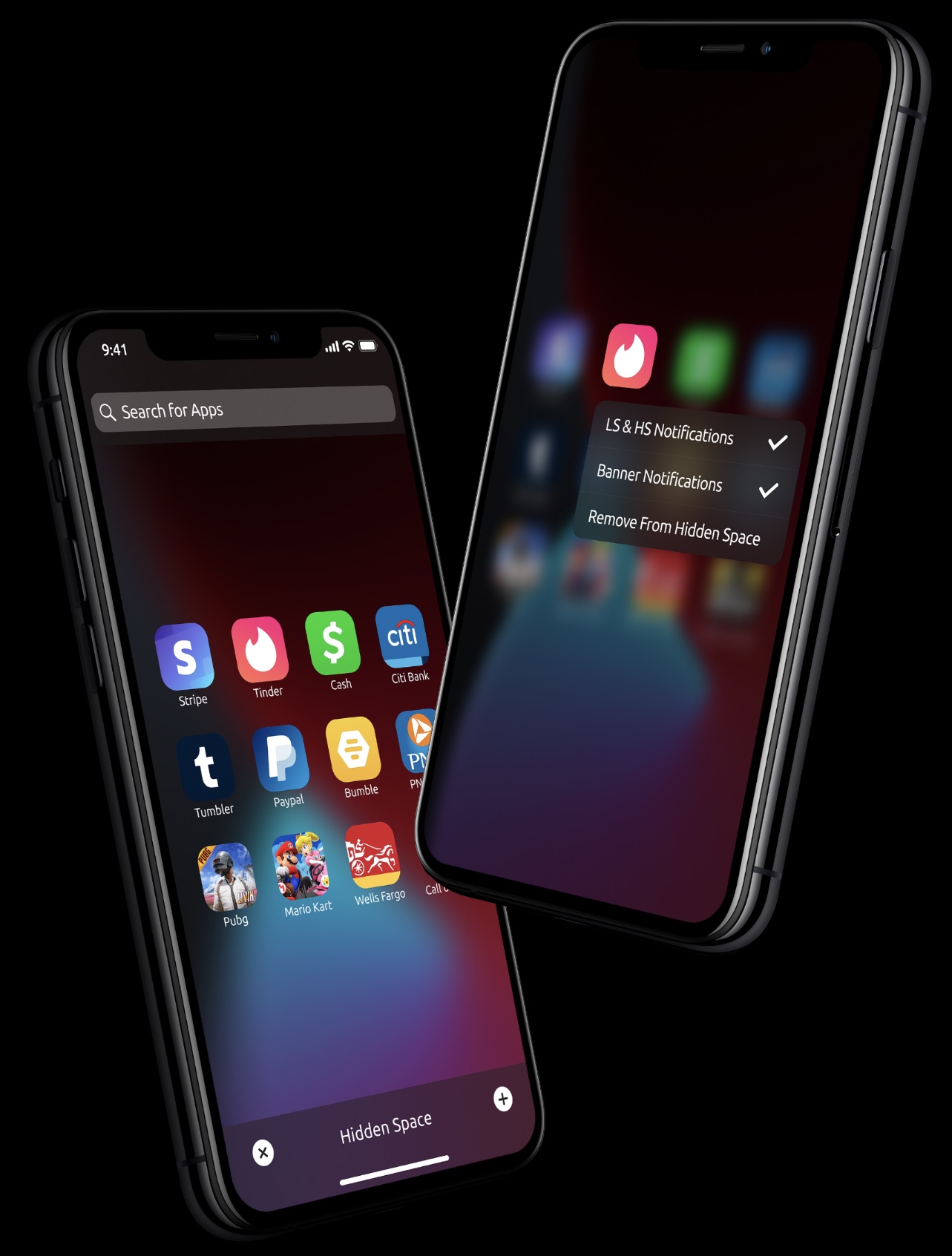 Once hidden, those apps are relocated to what’s called the Hidden Space, which can be accessed whenever you need it with a simple pinch gesture on your Home Screen. After you’re in the Hidden Space, you can either tap on the “+” button to add more apps or you can tap on the “x” button to exit it. Please note that you will be prompted to enter a passcode when accessing the Hidden Space, and you can either choose to use your device’s native passcode or a completely custom one that you can set in the tweak’s settings. Alternatively, you can use biometric authentication if your device supports it.

Once installed, Spore adds a dedicated preference pane to the Settings app where users can configure a few different options to their liking: 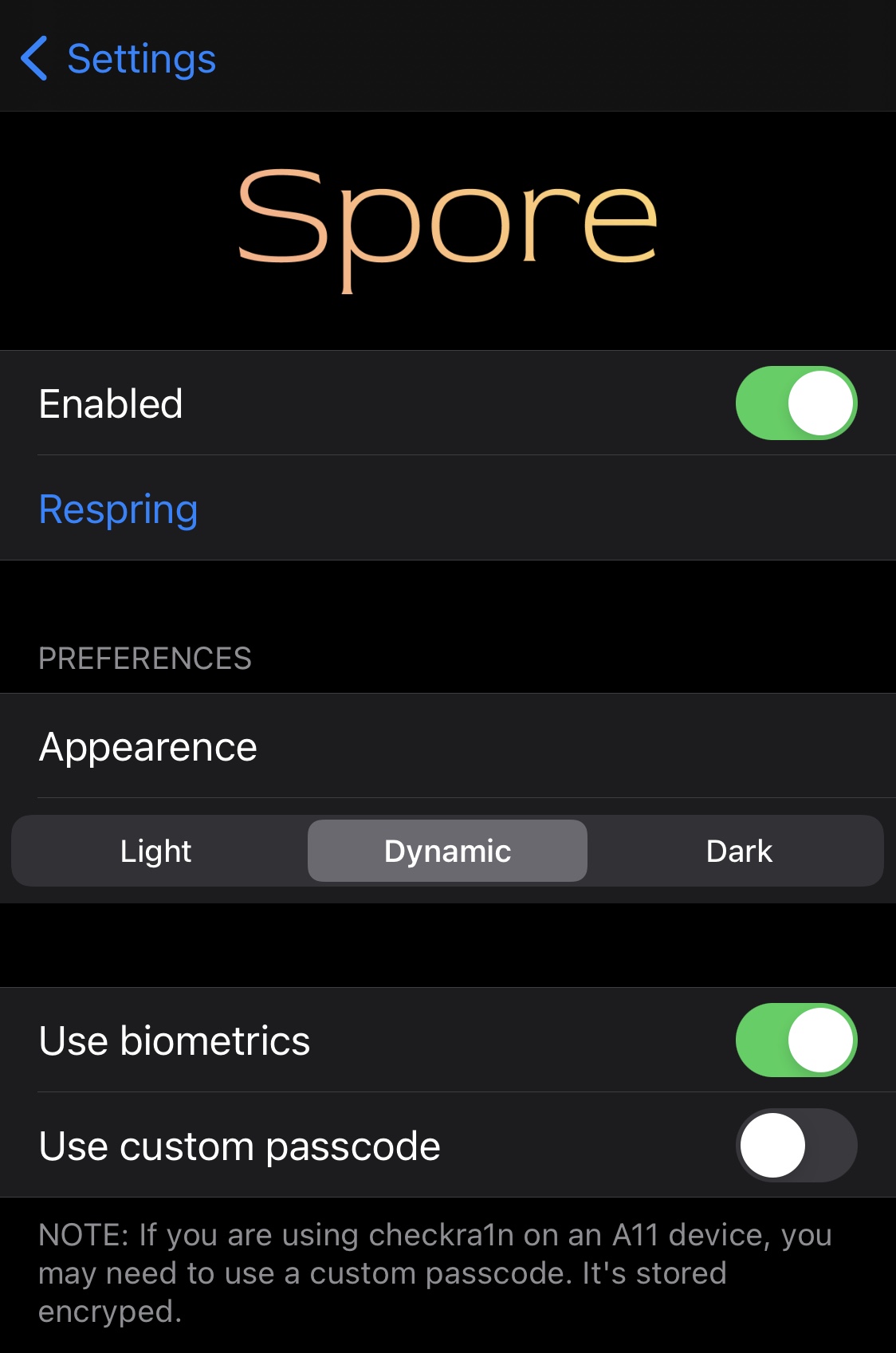 A few different things to note here are that Spore is fully compatible with jailbroken iOS 13 and 14 devices. iOS 12 support is expected at a future date, along with detailed usage information and support for Activator gestures to summon the Hidden Space. We especially like that the developers have taken into account all the different places where apps can be accessed, and in addition to that, the tweak supports both dark and light mode — whichever you might prefer.

The developers did request that I take note of a currently known bug where some apps may still appear in the App Store and in Spotlight on some versions of iOS, but they’ve assured me that this will be fixed in a future release.

I’ve long vouched for increasing personal security with app-protection tweaks, since A11 devices (like the iPhone X I use) can be more susceptible to foul play on iOS & iPadOS 14 when jailbroken with checkra1n because they can’t have a passcode or use biometric authentication. Spore offers yet another take on the personal security aspect, and for slightly less money than BioProtect XS at $1.99 instead of $2.99, however each tweak has its own unique feature set and uses.

Do you have any plans to upgrade your pwned handset’s security with Spore? Let us know why or why not in the comments section down below.