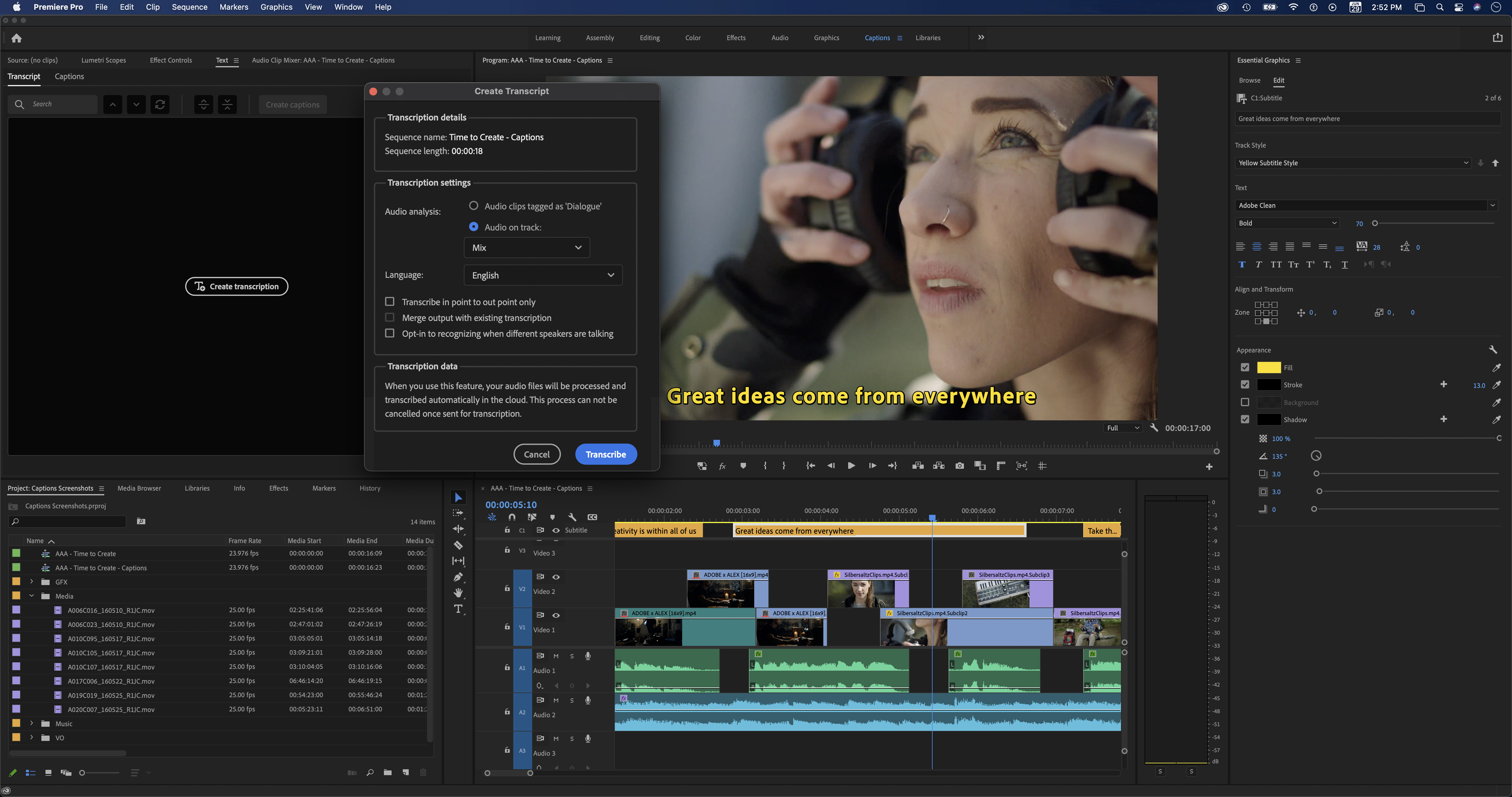 With native support for Apple silicon, creative pros who use these updated apps on their M1-powered Mac models shall experience substantial speed increases. For example, Adobe Premiere Pro performs up to 80 percent faster on M1 models such as the MacBook Air, Mac mini, 13-inch MacBook Pro and 24-inch iMac.

According to an announcement on the Adobe blogs, the company’s machine learning feature dubbed Adobe Sensei performs up to a whopping 430 percent faster performance for features like Scene Edit Detection when used on an M1 version of the 13-inch MacBook Pro versus an Intel-powered system with similar specifications.

“Fine-tuning Premiere Pro for the M1’s Unified Memory improves the overall efficiency of the application, and our own testing shows significantly longer battery life,” according to Adobe.

Premiere Pro also brings a new speech-to-text feature for creating captions and transcriptions. It supports 13 languages at launch, and users can easily edit the text in the transcript.

The feature automatically creates captions on your timeline that match the pacing of human speech. Adobe cited a Pfeiffer report claiming text-to-speech slashes the time needed to create a transcription and captions for a five-minute video by as much as 75 percent.

This feature is available today in Premiere Pro 15.4 for those with a Premiere Pro or Adobe Creative Cloud All Apps subscription. Aside from Premiere Pro, Character Animator and Media Encoder have also picked up M1 support.

Adobe said that a preliminary M1 version of After Effects will launch in public beta later in 2021.

As for the company’s other important apps for creative pros, such as Premiere Rush, Audition and Photoshop, those picked up Apple silicon support earlier in the year.