It’s a new year, which means there are new emoji in the works. And as is par for the course, we have an early look at what’s likely going to be part of the new addition later this year. This updates not as vast as previous years, but there are certainly some noteworthy newcomers.

The fine folks over at Emojipedia have our first look at what’s coming down the pipe. These new emoji are still waiting for approval, but likely will get that green light later this year. If they do, they’ll be part of the emoji lineup beginning this September. That release will be Emoji 14.0.

Part of the new additions are some new faces, including a saluting face, a . . . melting face, and a face holding back tears. In addition to that, if approved, we’ll get a low battery emoji, too. There will be 15 new handshake combination emoji, too. You can see the new face options just below.

And, farther down this post, you can see the new emoji as a whole that are expected to arrive later this year.

Its’ worth noting that these emoji are just drafts. It’s possible that further tweaking is still underway, and that the final designs could look a bit different even if they are approved in this version. What’s more, vendor designs can look different in the final builds, too. So what’s present for iOS users in iOS 15 will potentially look different for Android users running Android 12. 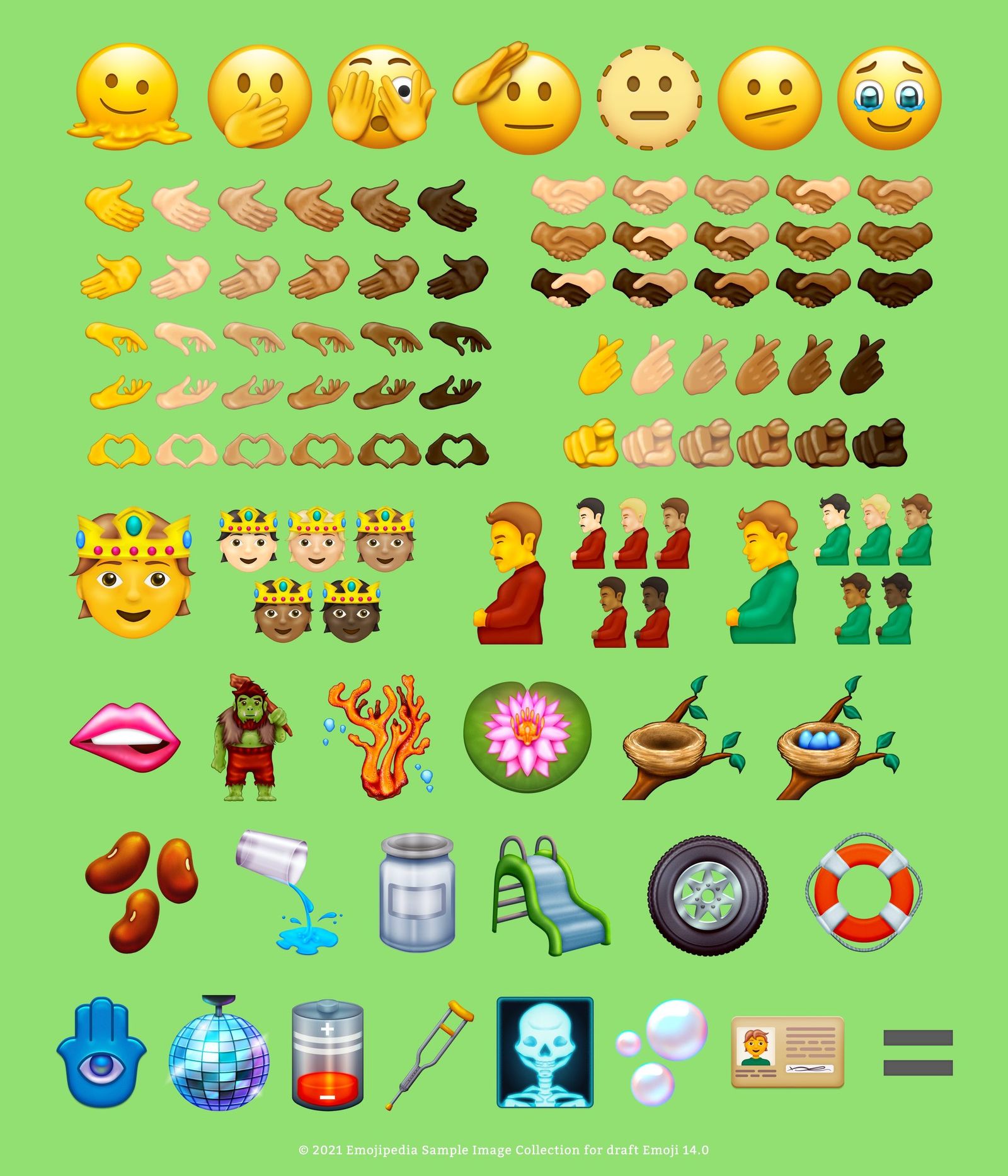 Emojipedia also has some important notes regarding the latest updates:

We’ll have to wait until later this year to see which new emoji make it to the final list. What do you think of these new designs?