Apple TV owners who wish to jailbreak their Apple-branded set top boxes are in for a bout of good news this Wednesday afternoon, as an all-new Apple TV-centric jailbreak tool dubbed Blackb0x appears to have been released to the public.

Citing the project’s official GitHub page, the Blackb0x jailbreak fills an important niche by setting its sights on older Apple TV models such as second and third-generation units running various versions of tvOS. The support is a little complicated, which is why we’ll be outlining that in more detail below.

Perhaps the first thing you’ll notice about the Blackb0x jailbreak tool is that it’s macOS-based: 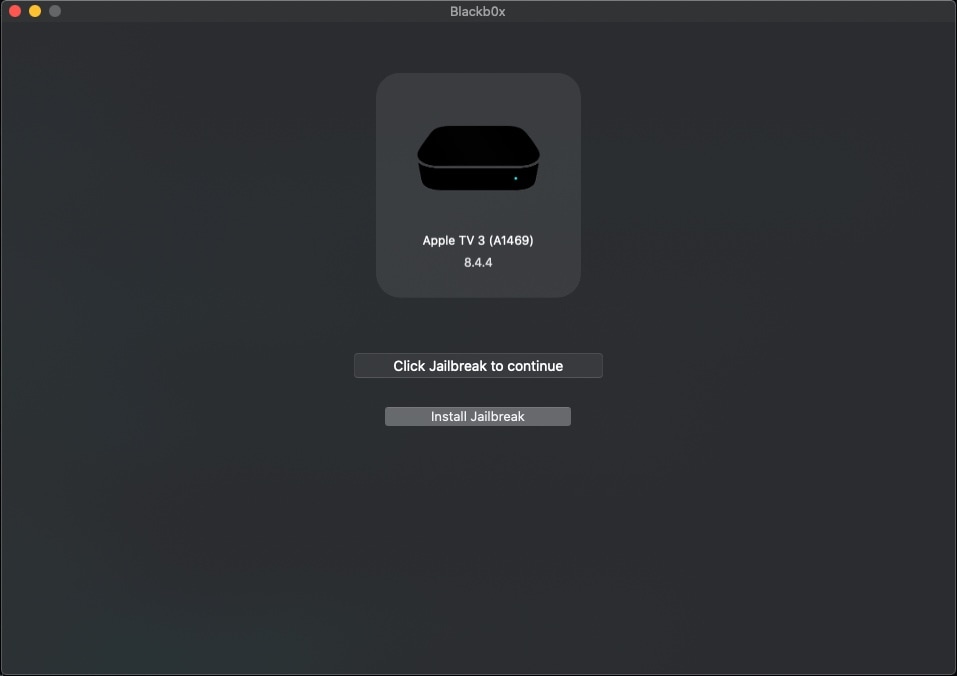 The GitHub page notes that the Apple TV device you jailbreak must be connected to the internet during the first bootie sequence. Furthermore, the Apple TV you jailbreak shouldn’t be powered down until Kodi appears, as this indicates the jailbreak’s completion. The nitoTV extension will be installed automatically after the awkwardTV repository comes back online.

The process to jailbreak a supported Apple TV varies from one device to another:

Apple TV 3,2 (A1469) and Apple TV 2,1 (A1378) users can simply plug their Apple TV into their Mac and run the tool by clicking the “Install Jailbreak” button and following the on-screen instructions to enter DFU mode and complete the jailbreak process. Afterward, they should wait for Kodi to appear.

Apple TV 3,1 (A1427) users will have the additional step of running arduino+synackuk’s fork of checkm8-A5 before starting with the aforementioned steps.

If you have an Apple TV 4K, and not one of the supported models above, then checkra1n would be your best bet for jailbreaking it.

Given that older devices are sometimes forgotten in the smokescreen of new devices Apple launches every year, it’s somewhat comforting to see that developers continue to release legacy jailbreaks for older devices.

Do you have any plans to try out the new Blackb0x jailbreak, or are you using an Apple TV unit too new to be supported by it? We’d love to hear from you in the comments section down below.