Apple is really leaning into the ecosystem with this year’s Worldwide Developers Conference. So many of the company’s new features it unveiled for iOS 15, or macOS 12 Monterey, or iPadOS 15, are all the same features present on the other platforms. These new elements coming to Apple’s desktop operating system are no different.

So while Apple bills these as new ways to stay connected on the Mac, keep in mind that they are also present with the upcoming major updates to iOS and iPadOS. Basically, you’ll find comfortability in these new features across devices, and that’s really the point. That, and staying connected in new, better, and more fun ways.

Below, you’ll find the new and noteworthy changes Apple is bringing to macOS 12 Monterey to make staying connected to people, even from afar, more engaging. 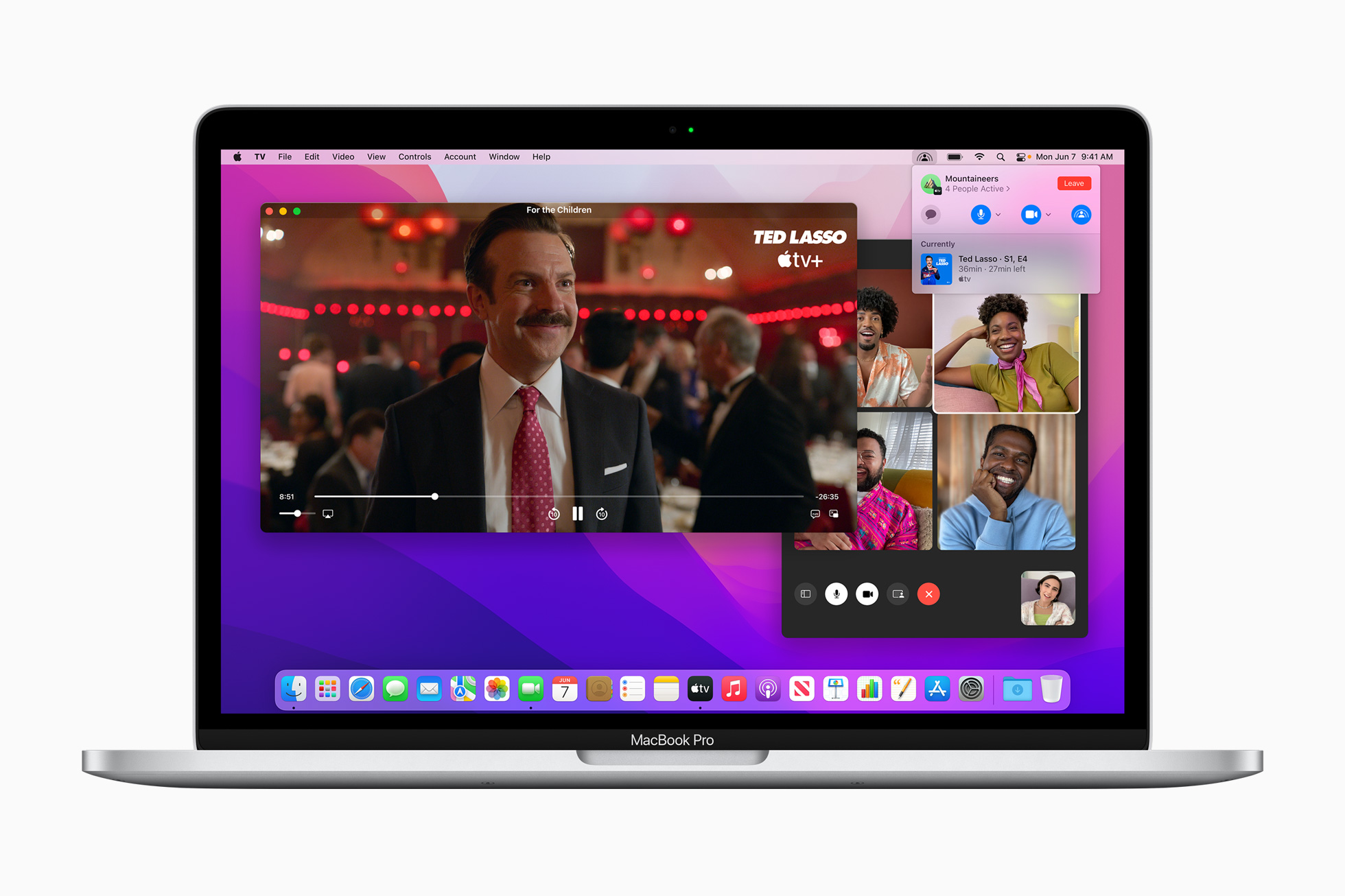 With so many people separated from the people they’d like to do things with, like watching movies or TV shows, watch parties became a thing throughout the mid- to late-stages of 2020. Major streaming services made it possible to watch content with other people from entirely different places. It gave a communal feel to something that was isolated.

And now that same feature is baked directly into FaceTime. It’s called SharePlay, and it supports a variety of different streaming services right out of the gate. That includes Apple TV’s app, of course. But it also supports HBO Max and Disney+ and other services, too. Of course, SharePlay won’t be available to the public until sometime this fall, when Apple releases the software.

SharePlay supports more than watching films or TV series, though. It also supports listening parties via Apple Music. And with screen sharing, folks in a group video call (or a one-on-one call) can watch as someone walks through an app or project.

Apple also released an API for SharePlay, so third-party developers can bring their apps into the FaceTime experience, too.

It’s not all about the fun. Apple also made improvements to the FaceTime experience to simply upgrade the overall experience. That starts with support for spatial audio, so the voice of the person you’re speaking to comes directly from where they are positioned on the screen. Voice Isolation utilizes machine learning to reduce or outright eliminate background noise, making sure the caller’s voice is always the focal point and sounds great. Want the opposite? Wide Spectrum makes it easy for callers to hear everything going on.

Meanwhile, Portrait mode in FaceTime is powered by the neural engine and the M1 process to intelligently blur the background during a FaceTime call. And there is a new Grid View that will show participants in a group video call in same-size blocks.

This one’s not tied to FaceTime. Instead, it’s a way to quickly and easily see the content that’s shared with you in Messages. That can be anything from photos, to web links, to videos, and more. There is a new dedicated Shared With You tab within different apps/services, like the Photos app, News, Apple TV, Apple Podcasts, and Safari. This will make it easy to not only see the content shared with you, but also who shared it.