After setting a timer on your iPhone, you can either glance at the Lock Screen or open the Clock app to see the remainder before it rings. Sadly, there’s no in-between; your iPhone either needs to be locked or you’ll have to glue your eyes to the Clock app.

That’s something that a new and free jailbreak tweak called StatusBarTimer by iOS developer ldefix2020 aims to fix, as it puts the timer remainder in the Status Bar so that you can see it from just about anywhere in iOS.

As you’ll see for yourself in some of the screenshot examples we’ve included below, StatusBarTimer lets you see your timer remainder from places like the Home Screen and from within other apps by replacing the Status Bar’s clock indicator: 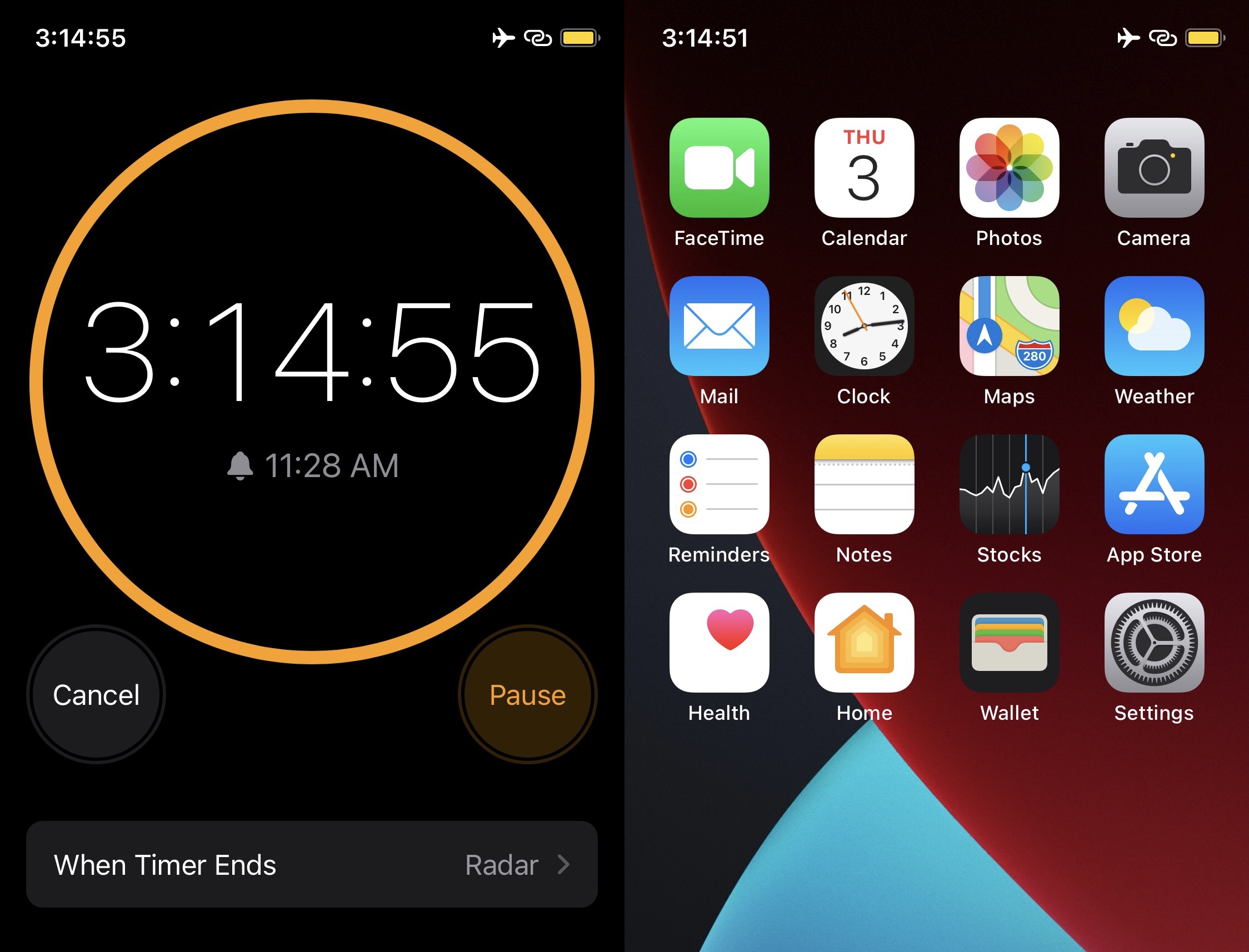 With this, timer users can experience a more informed workflow where it’s easier to anticipate the timer’s impending end instead of being caught off guard in the middle of something they might otherwise be too busy doing.

One thing worth noting is there doesn’t appear to be a way to return to the original Status Bar clock when a timer is counting down. I found this to be somewhat frustrating when I wanted to know what time it was, and for this reason, I’d probably recommend a tweak called TimerIcon instead.

The only downside to TimerIcon is that it won’t let you see the timer remainder from other apps as StatusBarTimer will. As for installing both alongside one another, they’ll work together without issue, but it feels somewhat redundant on the Home Screen.

StatusBarTimer doesn’t come with any options to configure and is available for free from the Packix repository via your favorite package manager. It supports jailbroken iOS 14 devices and is open source on the developer’s GitHub page.

Do you use timers enough that StatusBarTimer would benefit you? Be sure to let us know in the comments section down below.