It was only yesterday that we showed you a jailbreak tweak dubbed Gears, which animated the Settings app icon on the Home Screen such that the gears depicted inside the icon actually rotated, much like one used by the OTA software update mechanism from the days of iOS 7.

Today, we look at an entirely different type of animated Home Screen icon – one that impacts the likes of the Clock app to depict the current state of any active timers you might have counting down in the background. Such an icon is brought to us by way of a new jailbreak tweak called TimerIcon by iOS developer Idefix0202.

As you’ll see for yourself in the screenshot example below, TimerIcon replaces the traditional animated Clock icon with the same rings-style timer progress animation that you’d find inside of the Clock app when visiting the Timer tab: 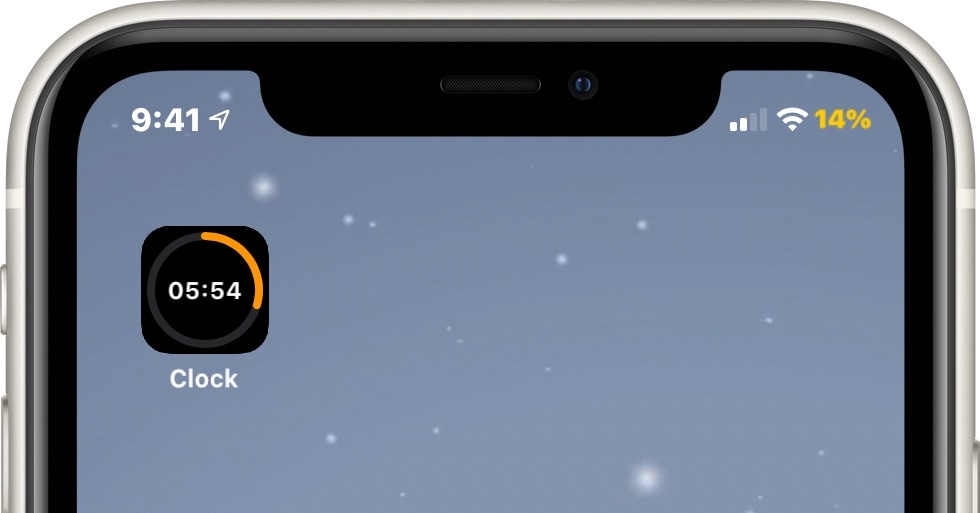 The dark background of the app icon is complemented by the yellow-orange ring along with a real-time timer readout in the center. The timer-style app icon only appears when there’s an active timer, and it returns to the traditional animated Cock-style app icon whenever the timer runs out.

We like the concept behind TimerIcon because it provides a more convenient way to check the status of an iPhone timer directly from the Home Screen without the requirement of opening the Clock app or locking your device and glancing at the Lock Screen.

The developer notes in the tweak depiction that TimerIcon doesn’t siphon any additional battery life than the existing animated Clock app icon. This fact should lay to rest any concerns or ideas that the tweak might cause unwanted battery drain.

One thing worth noting is that TimerIcon is a paid jailbreak tweak and is available for $0.99 in the Packix repository from any package manager of your choosing, but a free trial dubbed TimerIcon Trial is also available that lets users test out this functionality at no cost before buying. Both versions support all jailbroken iOS 13 devices.

Do you plan to make your Clock app icon more functional with the addition of TimerIcon? Be sure to let us know down in the comments section below.