When glancing at my iPhone’s Home Screen, two of the icons I often pay the most attention to are those belonging to the Calendar and Clock apps since they offer something more than just a static visual, including a live date display and a live time display.

I’ve often caught myself wondering why Apple doesn’t animate more of the Home Screen’s app icons, as this would offer a slew of eye-catching aesthetics that would compel users to spend more time appreciating the time and effort invested in making the interface look presentable.

It seems increasingly unlikely that the company plans to animate more of its native Home Screen app icons, especially as the focus shifts to iOS & iPadOS 14’s new widget platform. Fortunately, jailbreakers can still do what they want with their device(s), and that includes adding eye-catching animations to Home Screen icons with jailbreak tweaks like the newly released Gears by iOS developer Chr1s.

As you can see for yourself in the animated GIF above, Gears animates the Settings app icon with a rotating gear effect that evokes déjà vu for anyone that has ever used iOS 7 before. Those who have will likely recall the OTA (over the air) updating animation that appeared when attempting to install a software update, and this tweak draws its inspiration directly from that.

Once installed, Gears adds a preference pane to the Settings app where users may enable or disable the tweak on demand: 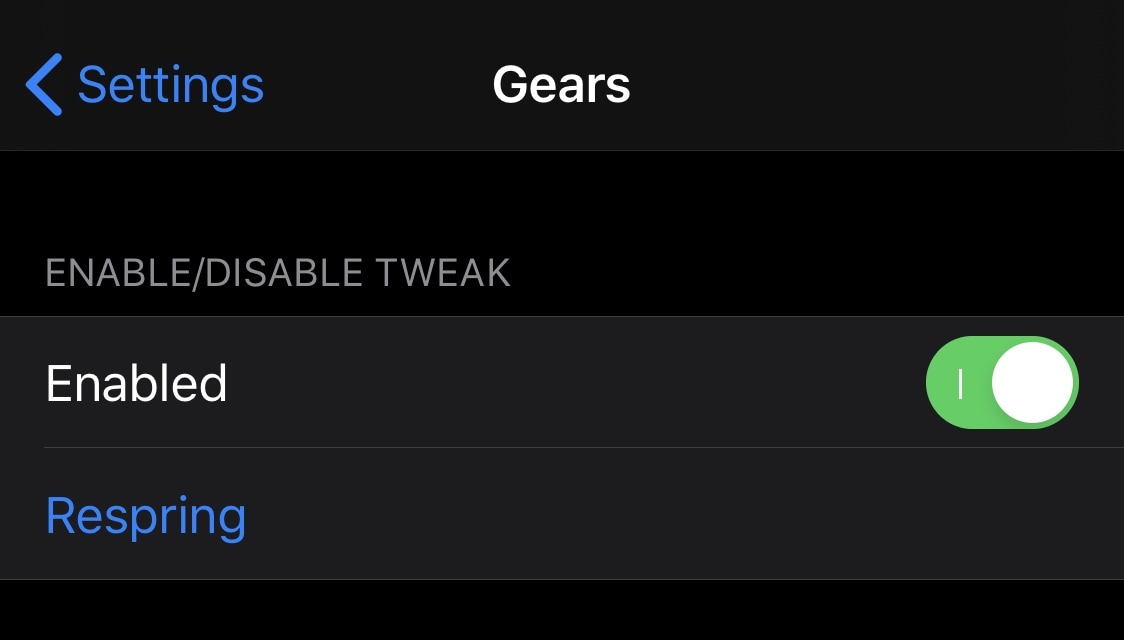 A respring button is also provided so that you can save the changes you make with regard to turning the tweak on or off.

Users shouldn’t discern any noticeable impact on battery life upon installing and using Gears, as it’s a fairly lightweight tweak. With that in mind, those looking for a quirky way to add more motion to the Home Screen can download Gears for free from the Packix repository. The tweak officially supports jailbroken iOS & iPadOS 13 devices.

How interested are you in animated Home Screen icons like the one provided by Gears? Be sure to let us know down in the comments section below. Furthermore, consider trying an older tweak dubbed LiveRings to make the Activity app icon display real-time exercise ring progress.