One of the things you’ll notice when listening to Apple Music is that upon pausing media playback, the album artwork shrinks slightly until you tap on the play button.

Some like this effect and others don’t, but if you identify as someone in the latter group, then DontShrinkMyAlbumArt is a new and free jailbreak tweak by iOS developer Henryli17 that just might pique your interest.

Once installed, you can pause your music playback in Apple’s Music app and the album artwork won’t shrink as it normally does. The before and after screenshots below serve as a visual representation depicting how DontShrinkMyAlbumArt works: 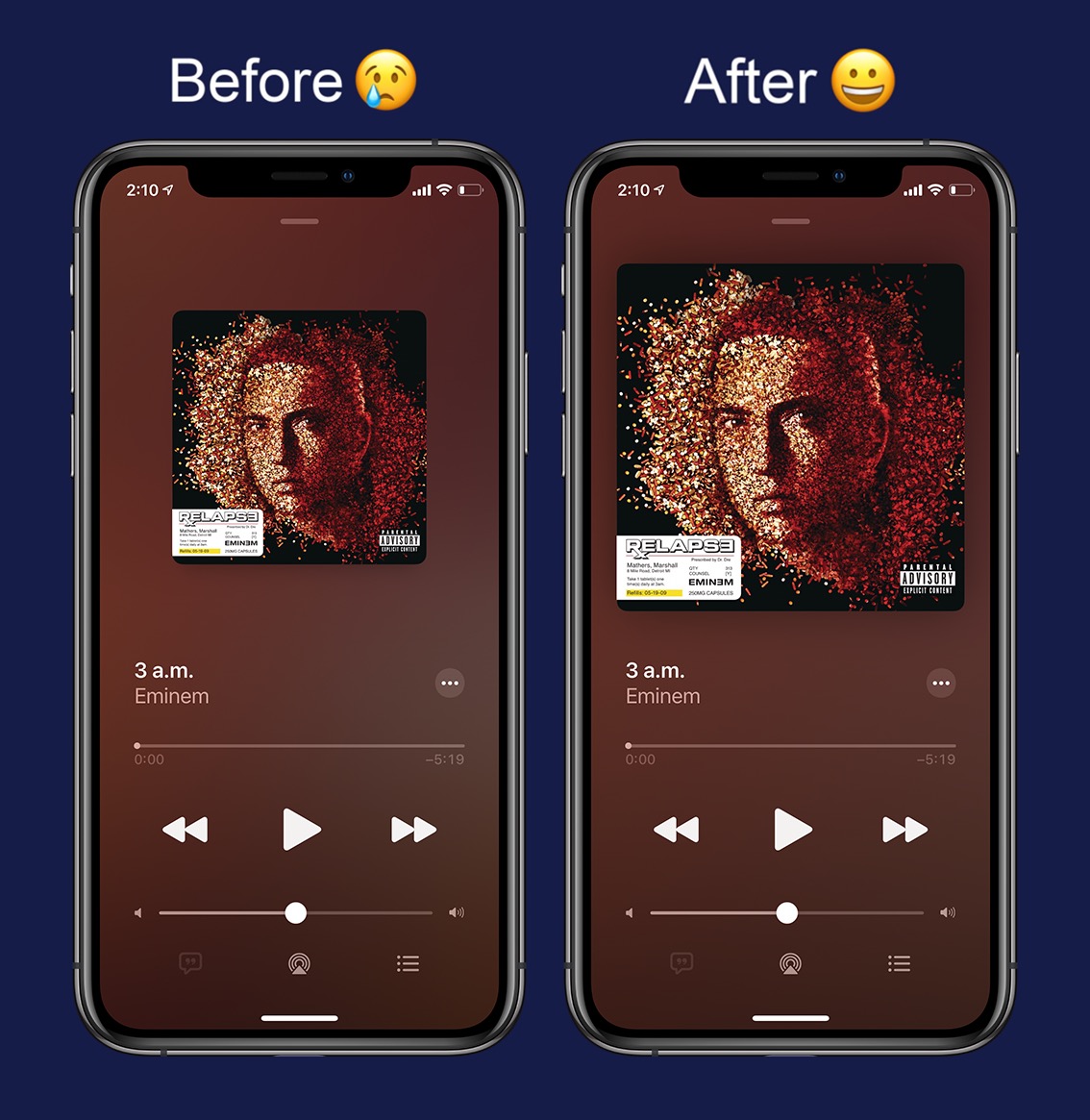 It’s worth noting that DontShrinkMyAlbumArt doesn’t have any options to configure, and it doesn’t need any. Once installed, it does its job with no questions asked.

It should also be mentioned that DontShrinkMyAlbumArt is only intended for Apple’s Music app on iOS 14, and that it won’t work with third party media players since it wasn’t intended to work with those.

For those who find the shrunken album artwork bothersome, DontShrinkMyAlbumArt is available as as a free download from Henryli17’s repository and supports jailbroken iOS 14 devices. The developer has even open-sourced the tweak on GitHub for those interested in learning wit works under the hood.

If you’re not already using Henryli17’s repository, then you can add it to your package manager of choice via the following URL:

Do you have a preference of how the album artwork looks in the Music app when playback gets paused? Let us know in the comments section down below.