If your jailbreak depends on the Sileo package manager for installing jailbreak tweaks and extensions, then today might be a good idea to launch the app and refresh your sources.

Sunday’s Sileo update appears to bring with it a lengthy list of changes including new features, bug fixes, and improvements. 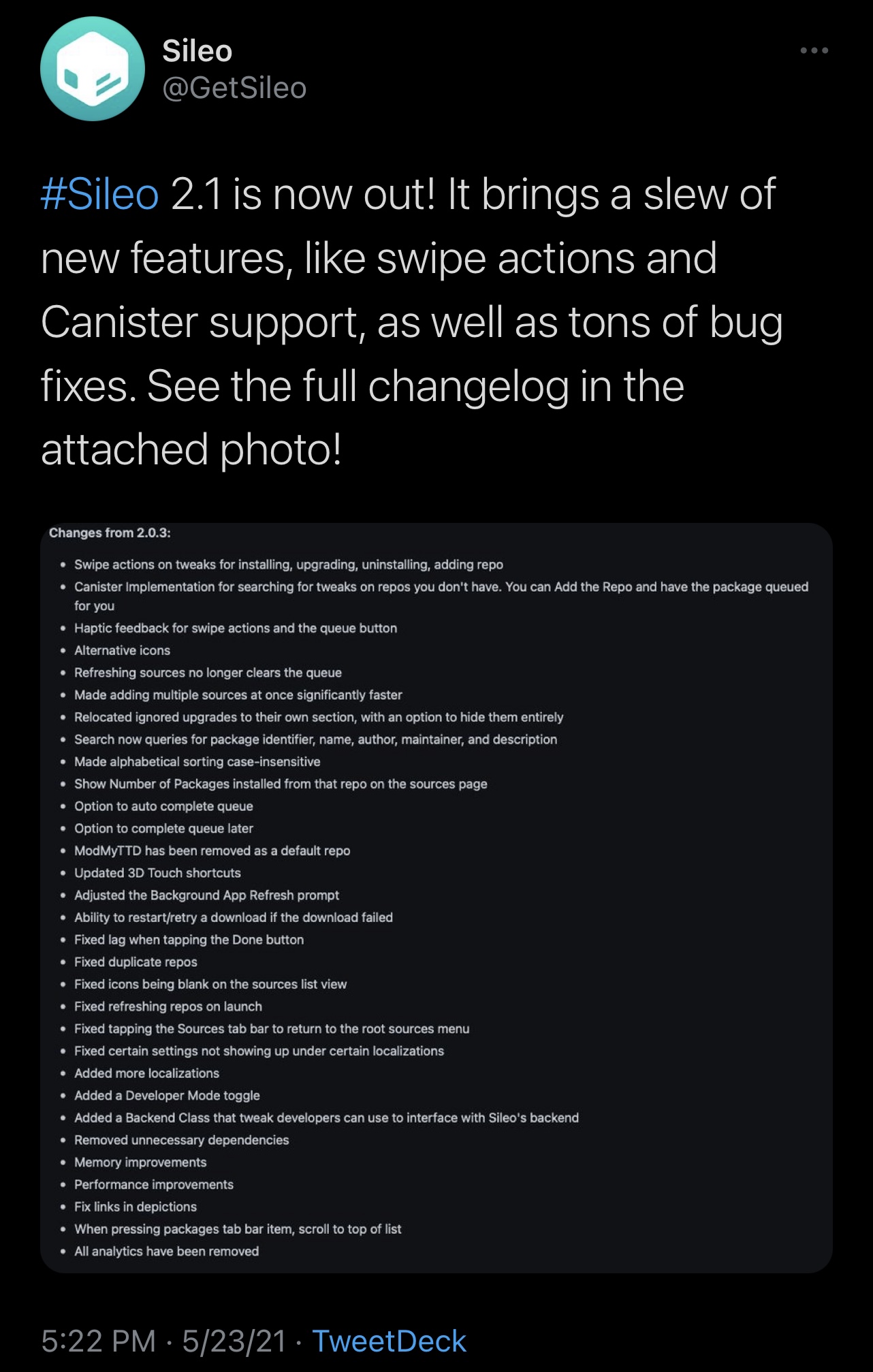 As noted in the official change log for Sileo version 2.1, this release incorporates the following changes:

If you’re an existing Sileo user, whether you’re taking advantage of the Chimera, Odyssey, or Taurine jailbreak or you simply use Odysseyra1n on your checkra1n’d device, then this update is highly recommended to ensure that you’re getting the most out of your Sileo package manager.

Have you updated to the latest version of Sileo now that it’s available? Be sure to share your experience with the upgrade after installing it in the comments section down below.