At long last, Spotify is refreshing its app for the Apple Watch with a new feature allowing you to download your favorite songs, playlists and podcasts to the device for offline listening. 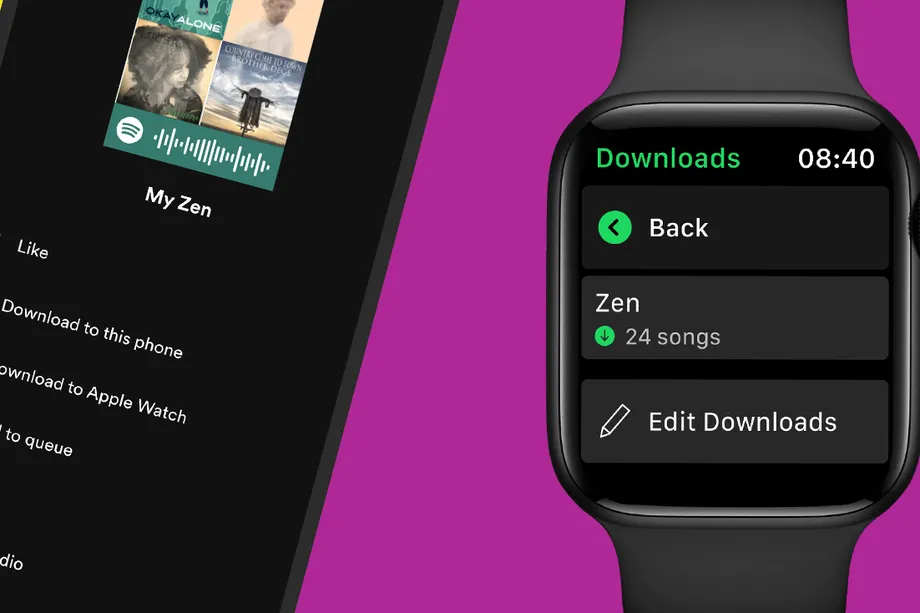 According to an announcement on the Spotify website, Spotify can now play downloaded content directly on the watch, with no internet connectivity required. Downloaded audio will play in 96kbps on the watch app regardless of your quality settings in the iPhone app.

Being able to download music and podcasts complements the existing feature of being able to stream your favorites from the watch, and now you don’t even have to take your phone with you.

This means you are no longer limited to streaming your music in the watch app, which could be problematic in terms of battery life. With this cool new functionality now coming to Spotify for Apple Watch, you can add individual songs and podcast episodes to the download queue in Spotify’s iPhone app and sync them to Spotify on your Apple Watch.

Now, all users can control playback—seamlessly playing, pausing and skipping tracks or podcast episodes—directly from your wrist. You can also use your Apple Watch to control playback from everything, whether it’s wireless speakers, TVs or gaming consoles, using Spotify Connect.

Also, Spotify confirmed at the Google I/O 2021 keynote that it’s working on the ability for Google’s Wear devices to download music and listen offline.

To download your favorite Spotify playlists and podcasts to the Apple Watch so you can listen to them without an internet connection, choose what you want in Spotify for iPhone and the select the option to download the selected content to your Apple Watch.

Don’t quit Spotify for iPhone before it has managed to download your offline content and sync it with your Apple Watch. you can check on the progress by heading over to the Downloads section in Spotify for Apple Watch.

→ How to listen to Spotify offline on your Apple Watch

Once an item in your library has been downloaded, you’ll see a green arrow next to its name.

Spotify for Apple Watch: What you need for offline functionality

Before taking advantage of the offline feature in Spotify for Apple Watch, you must have at least an Apple Watch Series 3 or later running the watchOS 6.0 software or later.

You will also need a Spotify Premium subscription, which starts at $10/month for a personal account ($5/month for students) and goes all the way up to $16/month for a family of six.

Deezer added the ability to download music from its Apple Watch app in May 2021.