The Now Playing interface that greets music listeners on the iPhone’s Lock Screen works, but it’s not quite as aesthetically pleasing as many would like. Interestingly, it receives minor changes with each major iteration of iOS, but none that really stand out to someone who’d like a total redesign.

Jailbreakers who are even marginally interested in revamping this bland experience might take a liking to a newly released and free jailbreak tweak called Kumquat by iOS developer Galactic Dev. With it, the Now Playing interface can be customized in a variety of different ways such that it presents a refreshing user experience when you enjoy music playback.

In the screenshot examples below, you can see just a few examples of how Kumquat stands apart from the stock Now Playing interface: 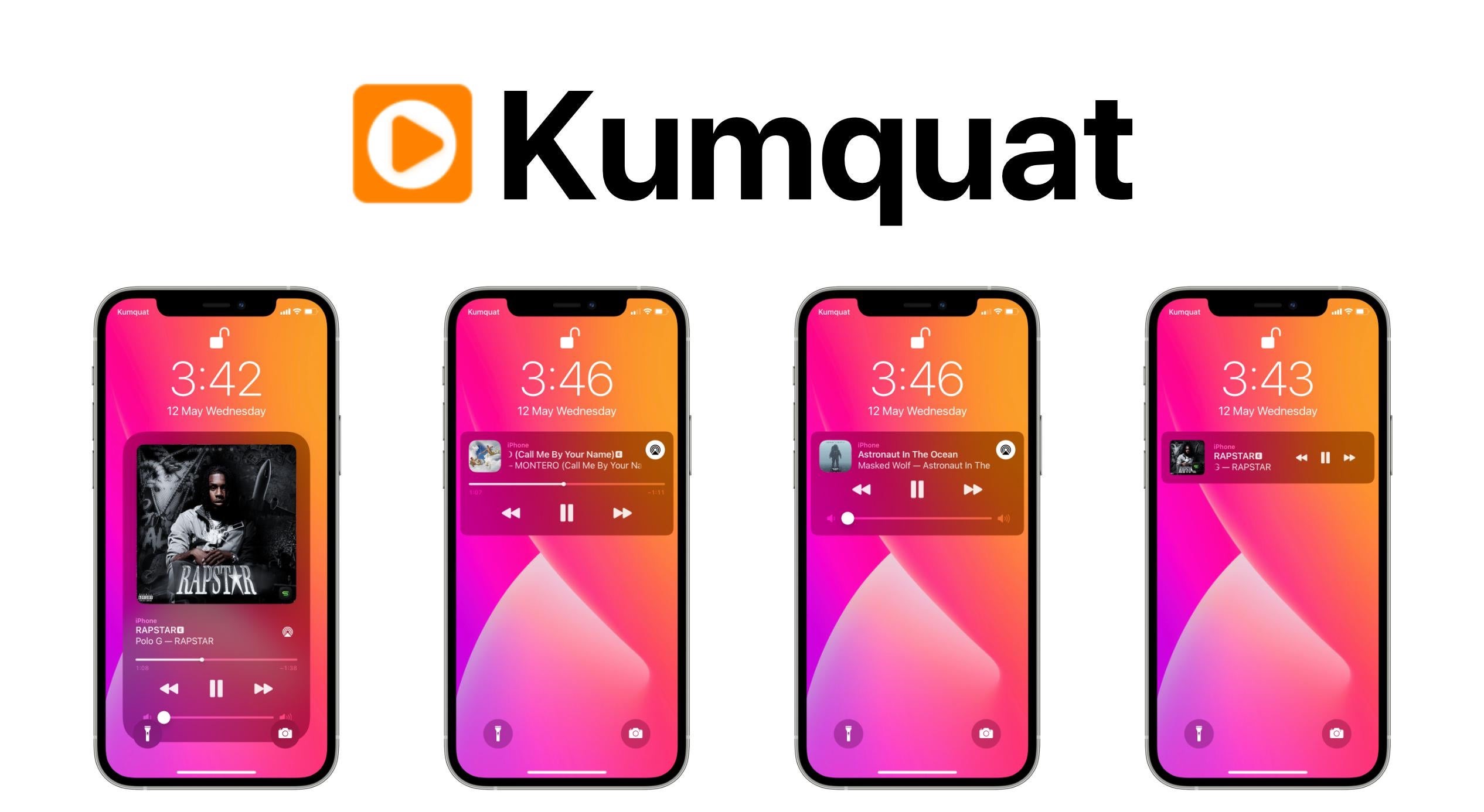 Among some of the things you’ll notice are the different size options. Obviously, the smaller Now Playing interface sacrifices functionality, but generates more room for incoming notification banners. The larger Now Playing interface sacrifices space for incoming notification banners, but provides the best user experience for viewing and controlling media playback. Medium sizes are also available with options to hide or show specific elements of the interface.

Once installed, users will find a dedicated preference pane in the Settings app where users can configure the tweak to their liking:

One thing you’ll notice is that Kumquat supports presets, which we think is cool since it allows you to have different save states. With these, you can easily switch from one favorite configuration to another with just a few taps without having to go in and modify individual settings to get from one look to another.

Those interested in giving the new Kumquat tweak a try can download it for free from Galactic Dev’s personal repository via their favorite package manager. The tweak supports jailbroken iOS 14 devices and makes for a more user-friendly Now Playing user experience on any handset.

If you aren’t already using Galactic Dev’s repository, then you can add it to your package manager using the URL below:

Do you plan to get the new Kumquat tweak a try, or is the stock Now Playing interface just fine for you? Let us know in the comments section down below.