Apple’s AirTag is a small disc, and it’s designed to help you find lost items. It’s very similar to many other item trackers out there. Except for one, potentially very important detail.

That’s the built-in loop. Or, more specifically, the fact there isn’t one with Apple’s AirTag. Some companies are already leaning into that fact, taking jabs at Apple’s newest accessory to promote their own item tracker. But maybe it was always just a matter of time before some person out there decided to take matters into their own hands.

MacRumors showed us what that looks like today. A member of that publication’s forums, smythey, went to work drilling a very small hole in their AirTag. As a result, they were able to get a small thread or a thin keyring loop through it. It’s not as big as some might like, but it’s potentially a “better than nothing” deal. You can see what it looks like in the image below. 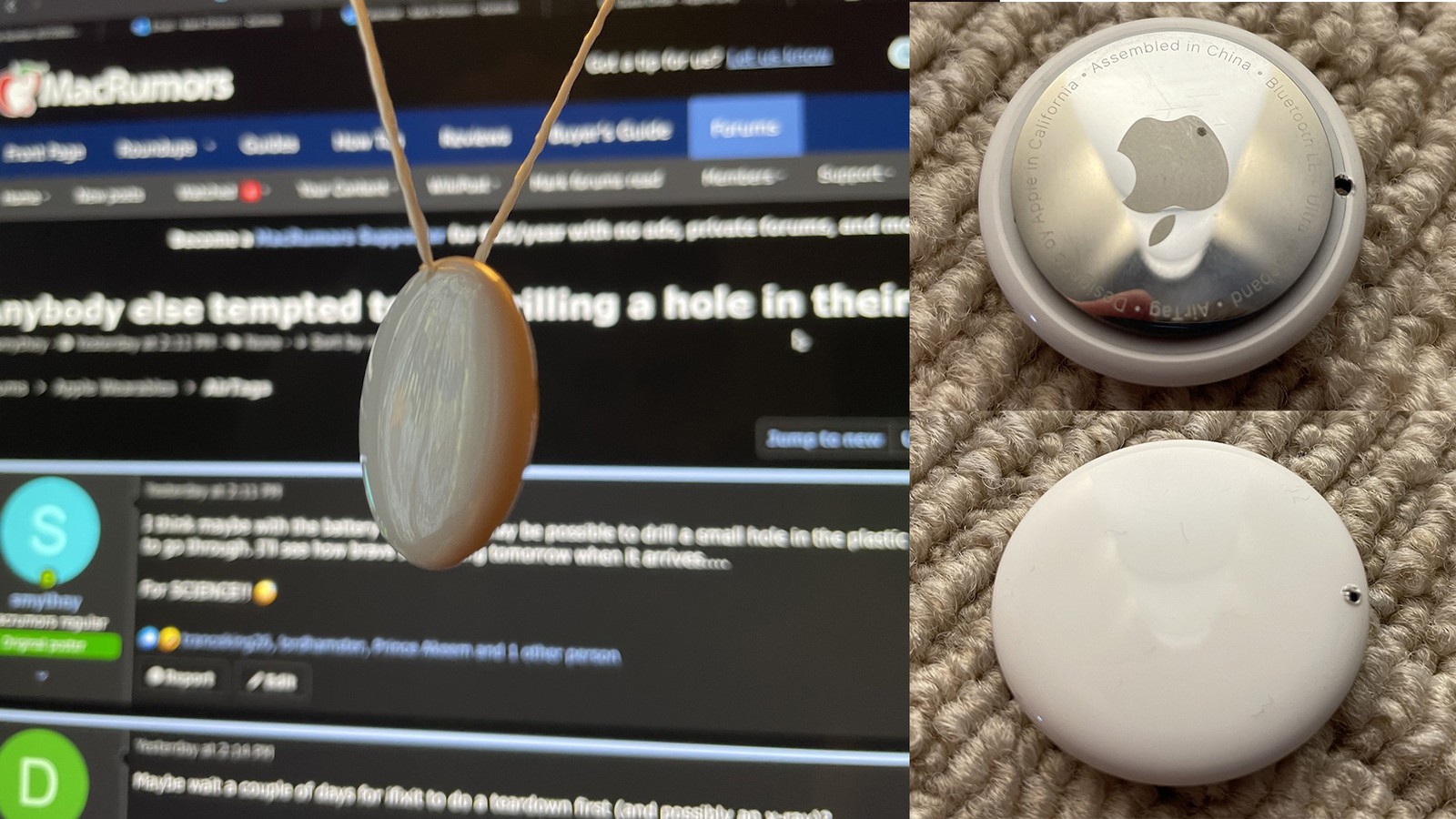 The drilled hole is apparently small enough that it didn’t damage the AirTag, so, at least as of right now, it is still functioning as it should. It obviously has a very DIY look to it, which may be enough to make it so people don’t even try it. And, of course, we’d probably recommend not trying it, because you’re still drilling a hole into your device.

Still, it’s an interesting workaround. What do you think? Should Apple have made the AirTag with a built-in loop?