Apple introduced the new 12.9-inch iPad Pro earlier this month, at the company’s Spring Loaded event. The new big tablet features a mini-LED display, and, because of that, a slightly thicker frame. Which led to some issues with the current Magic Keyboard.

Namely, it was widely reported that the new 12.9-inch iPad Pro would not work at all with the original Magic Keyboard. That slightly thicker design would make the old keyboard case unusable for the new tablet. Which meant future owners would need to fork over $349 to get the new Magic Keyboard, something that obviously didn’t go over well with all those potential buyers.

And even people who didn’t plan on buying the new iPad Pro or the new Magic Keyboard, really. 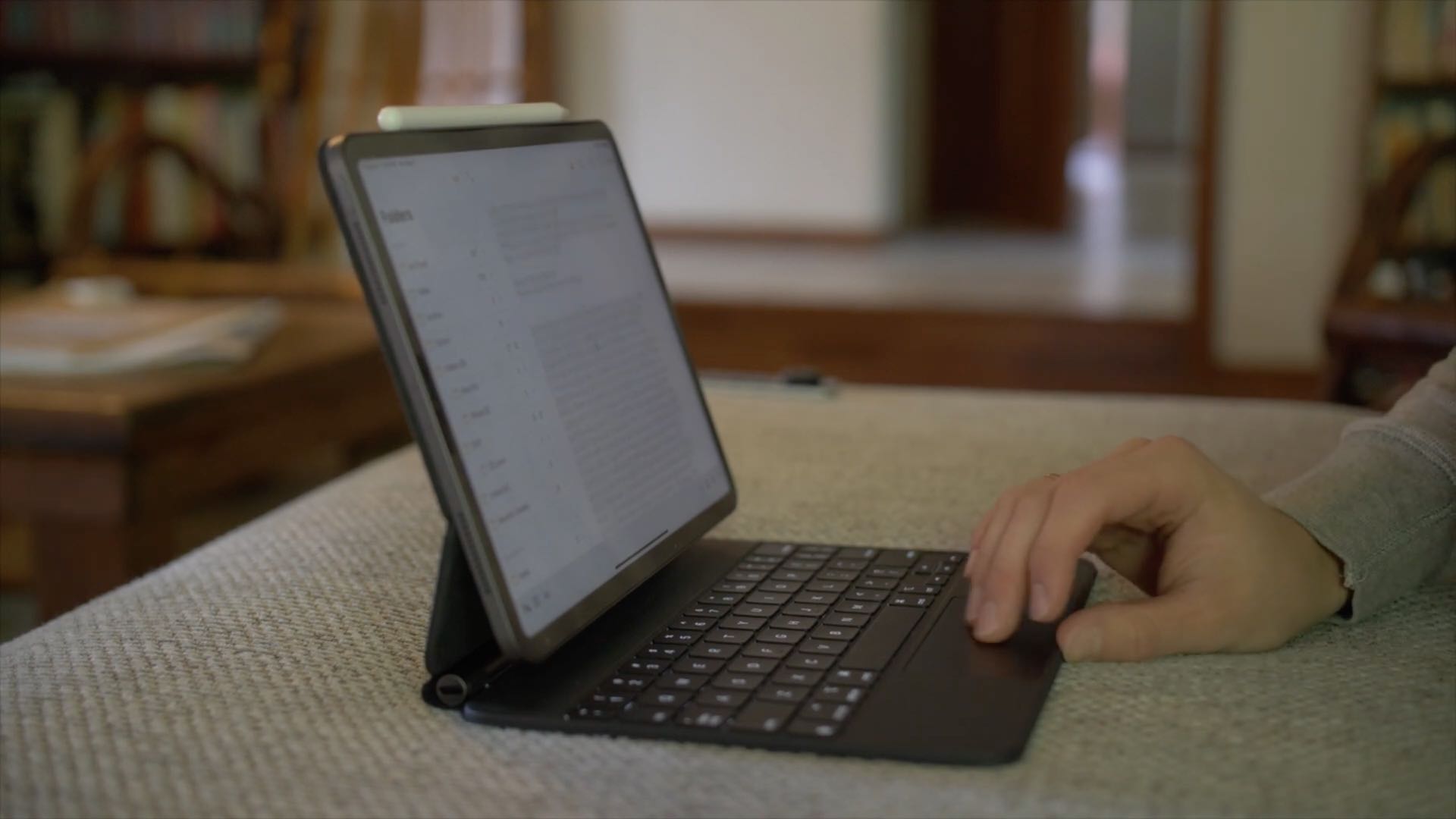 The first generation of the Magic Keyboard (A1998) is functionally compatible with the new iPad Pro 12.9-inch (5th-generation) with Liquid XDR display. Due to the slightly thicker dimensions of this new iPad Pro, it’s possible that the Magic Keyboard may not precisely fit when closed, especially when screen protectors are applied.

It’s worth noting that Apple made this change just this week. Maybe even today. Last week the same support document did not have this important note for folks who plan on buying the new 12.9-inch iPad Pro, but don’t want to buy the new Magic Keyboard.

Of course, Apple’s still suggesting folks buy the new Magic Keyboard, which would be an easier pill to swallow if Apple had made more worthwhile changes to the new keyboard. However, the only real change comes from the fact it now comes in a white color option.

But, this is good news for owners of the OG Magic Keyboard for the 12.9-inch iPad Pro. At least now you may not have to upgrade your keyboard accessory for the big tablet.