It was rumored not too long ago, but Apple made it officially official today during its Spring Loaded event. Today, the Apple Card introduces family features to the mix.

Apple believes that with these new features, which bring the family into the Apple Card experience, it will help fuel adoption for the company’s branded credit card. Plus, make it even easier for those managing the credit card to get things done for the family.

With the new Apple Card Family feature, family managers will be able to track spending, manage purchases, and even build credit together depending on the circumstances. The feature is launching in May, and it will be available in the United States at launch. At the surface level, the new feature will let two people co-own an Apple Card. That means they share the credit line made available to them, while building their own credit scores along the way. 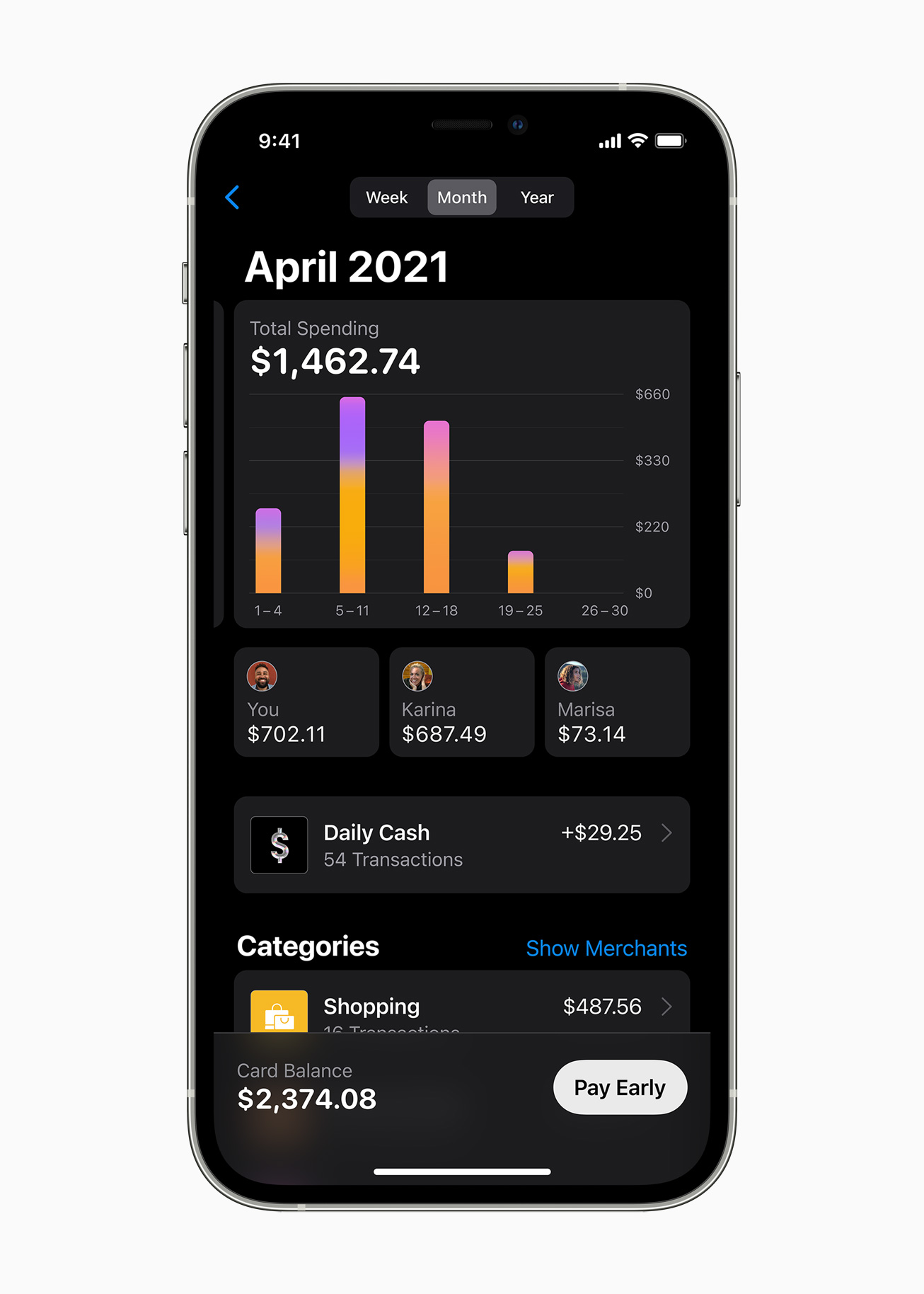 We designed Apple Card Family because we saw an opportunity to reinvent how spouses, partners, and the people you trust most share credit cards and build credit together. There’s been a lack of transparency and consumer understanding in the way credit scores are calculated when there are two users of the same credit card, since the primary account holder receives the benefit of building a strong credit history while the other does not,’ said Jennifer Bailey, Apple’s vice president of Apple Pay. ‘Apple Card Family lets people build their credit history together equally.

With Apple Card Family, customers can add up to five people that are over the age of 13 to use the card’s credit limit. Just share the Apple Card associated with the account via the Wallet app. All users must be part of the same Family Sharing to make it possible.

For the co-owner bit, that can be shared with anyone who is age 18 or older. When this is done, each person can see the spending and track it as needed, and both share responsibility for making payments. Despite the co-owners, there’s still only one monthly bill.

Here are the other bullet points from today’s announcement:

As mentioned above, Apple Card Family launches sometime this May.