Back in December, it was reported that Apple TV+ had landed the bilingual comedy series Acapulco, set to star Eugenio Derbez. And now we know who else is joining the cast.

Deadline has the report this afternoon, telling us that the series has added six to the cast. They’ll be joining the aforementioned Derbez for the Spanish- and English-language comedy. Acapulco was created by Austin Winsberg (Zoey’s Extraordinary Playlist), Jason Shuman (Role Models), and Eduardo Cisneros (Instructions Not Included). Lionsgate Television is producing the series on behalf of Apple TV+. The series was inspired by the film How to be a Latin Lover, which also starred Derbez.

There’s no release date for this one, but it’s likely not going to land on Apple TV+ for a bit of time still. 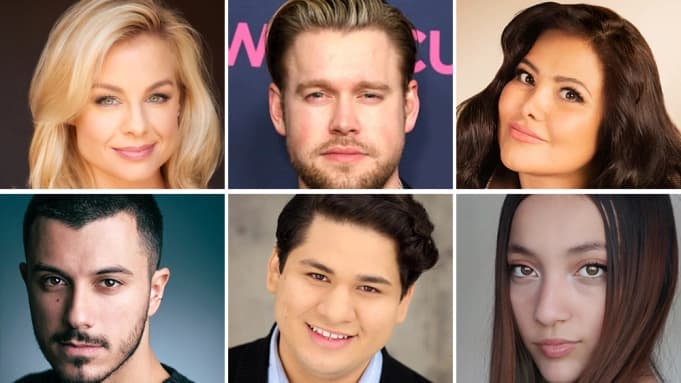 Here’s how the new cast shakes out, with the cast list following along with the images just above.

In ‘Acapulco,’ a young Mexican man’s dream comes true when he gets the job of a lifetime at the hottest resort in Acapulco. But he soon realizes the job is far more complicated than he ever imagined as all of his beliefs and morals start to be questioned. The show takes place in 1984 with Eugenio Derbez narrating and playing the present-day version of the main character.

Enrique Arrizon (April’s Daughter) is playing the younger version of Maximo (the same character Derbez is playing, in the “present-day”). The series will also star Camila Perez (Gotham), Raphael Alejandro (How to be a Latin Lover), and Damian Alcázar (Herod’s Law) are also set to star in the series.

This one has quite the cast. Do you think you’ll be checking it out whenever Acapulco debuts on Apple TV+?