Apple TV+ has a healthy mix of both scripted and unscripted content, with documentaries and series alike. But the company is ramping up the development side of things with two new hires.

That’s according to a report today from Deadline. The publication states that Apple TV+ has brought on two new names to help bolster its unscripted content moving forward. Erika Clarke (pictured below, left) was previously an executive at Spotify, while Colleen Grogan (pictured below, right) was last set up at Lifetime. The two will be reporting to Molly Thompson, who joined Apple TV+ back in 2019.

Both Clarke and Grogan have long histories in the entertainment industry. Clarke, for instance, was an executive producer at Spotify Studios. There, she co-ran Spotify’s podcast studio division. Before that, Clarke spent a decade at MTV and helped bring the popular show Cribs to life. She’ll be based out of Los Angeles, California, and apparently joined the team back in January of this year. 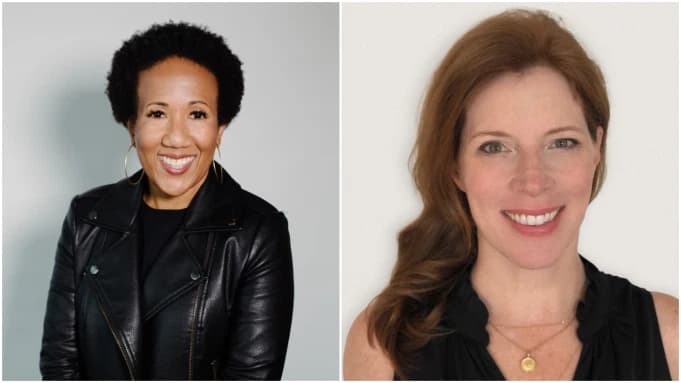 Deadline says Grogan joined the Apple team back in September of last year. She was previously SVP of development at Hot Snakes Media, the production company primarily behind Breaking Amish. She was also a VP at Lifetime, working on non-scripted content like Coming Home, Bring It!, and others. She’ll be based out of New York City.

That’s two big hires for Apple TV+, especially as it relates to beefing up its non-scripted content. No word on which projects the two are working on now, or what they will be working on in the future. And it will be interesting to see if Clarke is moving forward on podcast-specific projects.

After all, Apple TV+ did just launch its companion podcast for the alt-history sci-fi series For All Mankind. “For All Mankind: The Official Podcast” launched earlier this year, before the season two premiere of the series.