iPhone and iPad owners in Russia are now being greeted with a list of government-approved when setting up their device, as evidenced by screenshots and reports shared on social media. 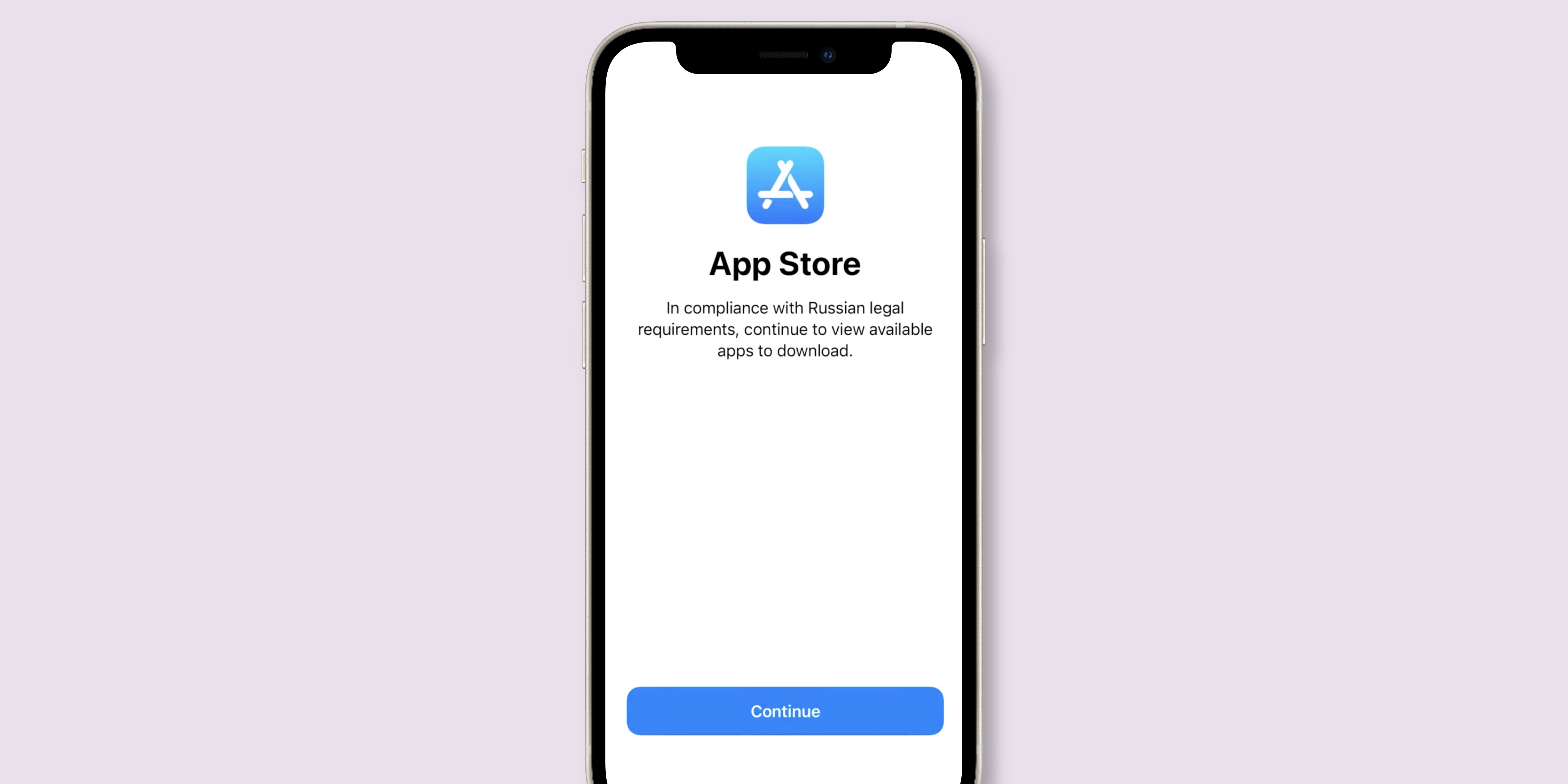 Apps selected by the Russian government

9to5Mac has shared some screenshots showing the interface around this new iOS setup step for people in Russia after Apple enabled the system server-side.

This process is not as egregious as the preinstall laws first made it sound. The user is directed to the App Store collection by force, but it can be dismissed just by pressing the normal modal close ‘x’ in the corner. Users also have to explicitly press the download button next to an app in the list for it to be installed to the system.

The fine print at the bottom of the page informs the user that “in compliance with Russian legal requirements, continue to view available apps to download”.

Apple is required to display a new screen as part of the iOS and iPadOS setup process in order to comply with new laws from Russia’s Ministry of Digital Affairs that went into effect April 1.

Here is how it looks in the actual setup. pic.twitter.com/QOUwwIGSnx

→ Apps stuck on “Installing…” on your Home screen? Try this!

The list includes Russian-developed counterparts of major iPhone and iPad apps, including web browsers, email clients, instant messengers and more. Folks are also seeing some special apps including a state services app and an app for the country’s Mir Pay payment system.

Users can install some, all or none of the listed apps. In other words, none of the government-approved apps is preinstalled—the user does have a choice.