Earlier today, Apple seeded the sixth beta of iOS 14.5 to developers. Now that the pre-release software is out there in the wild, new discoveries are being made. Including a new tool Apple will include with the latest update.

As first discovered by 9to5Mac today, Apple will be adding a battery recalibration tool alongside the public launch of iOS 14.5. This new feature will let users themselves recalibrate the device’s internal battery if performance is not where it is expected to be.

The upcoming feature was discovered in the iOS 14.5 beta code, hinting at its impending arrival with that software update. Another strong indicator that the feature is incoming is the fact that the code also includes a URL that leads to an official Apple support document regarding the upcoming addition. 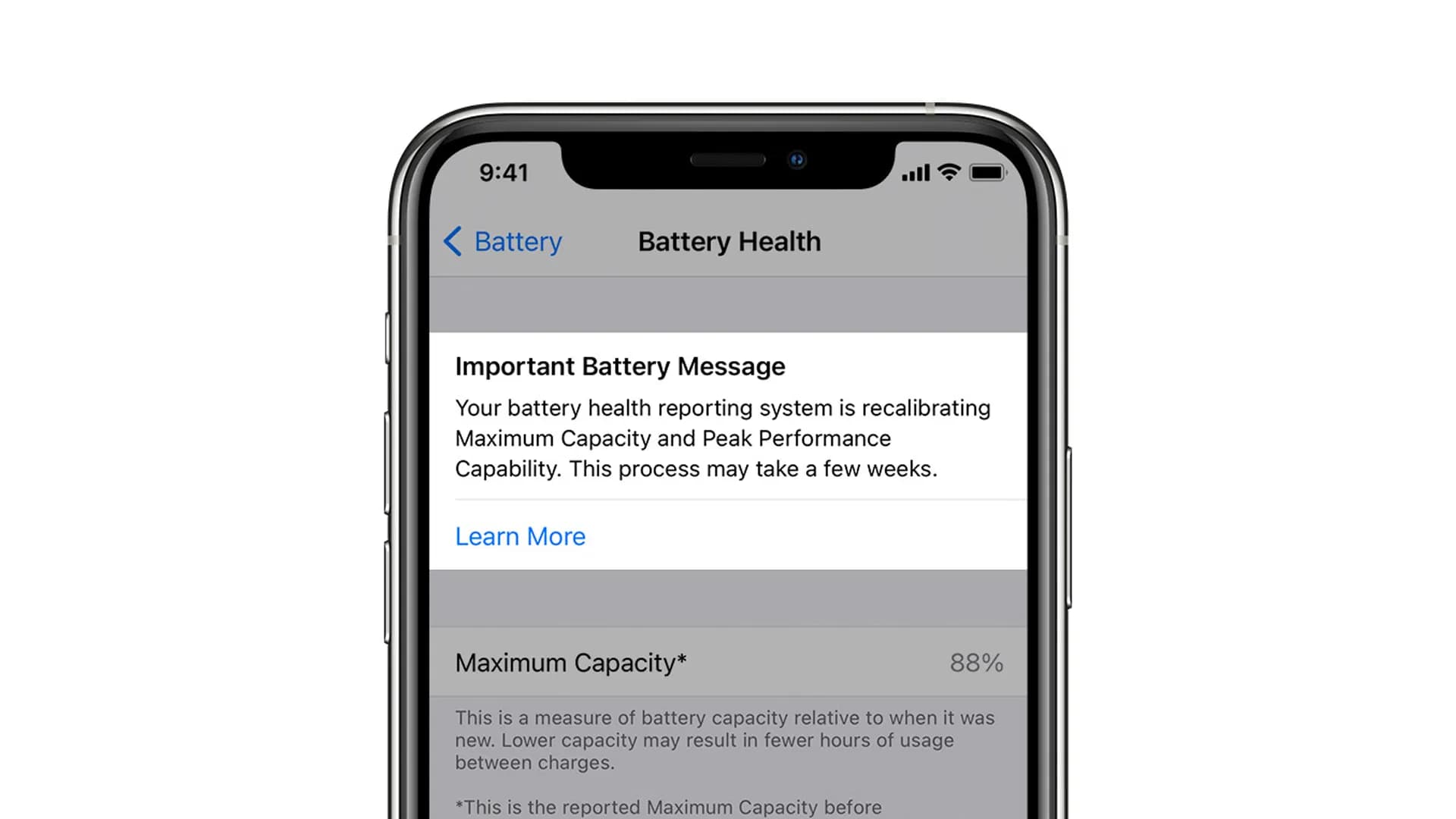 From the support document:

Apple’s documentation also says that this process can actually take weeks to complete, after the user initiates it. The battery recalibration will take place during the regular recharge cycles. Once the process does complete, though, the updated information regarding peak performance capability and maximum capacity percentage will display in the Settings app for the battery.

If the recalibration is not successful, though, the software will suggest the user take their device to an Apple Authorized Service Provider:

Recalibration of the battery health reporting system was not successful. An Apple Authorized Service Provider can replace the battery free of charge to restore full performance and capacity.

Still no word on a specific launch date, but the iOS 14.5 update is expected to arrive sometime this spring.