Earlier this year, rumors started to swirl that Apple was going to launch a battery pack featuring MagSafe technology. This would veer away from Apple’s battery case, choosing to connect the charging accessory directly to the back of the handset instead. But, we’re still waiting for that to happen and third-party accessory makers are filling in the gap.

The battery pack measures in at 5000mAh, and it can be charged via a USB-C cable when the juice runs dry. Hyper says that, at full power, the battery pack can fully charge an iPhone one to two times. The new accessory is called the HyperJuice Magnetic Wireless Battery Pack. 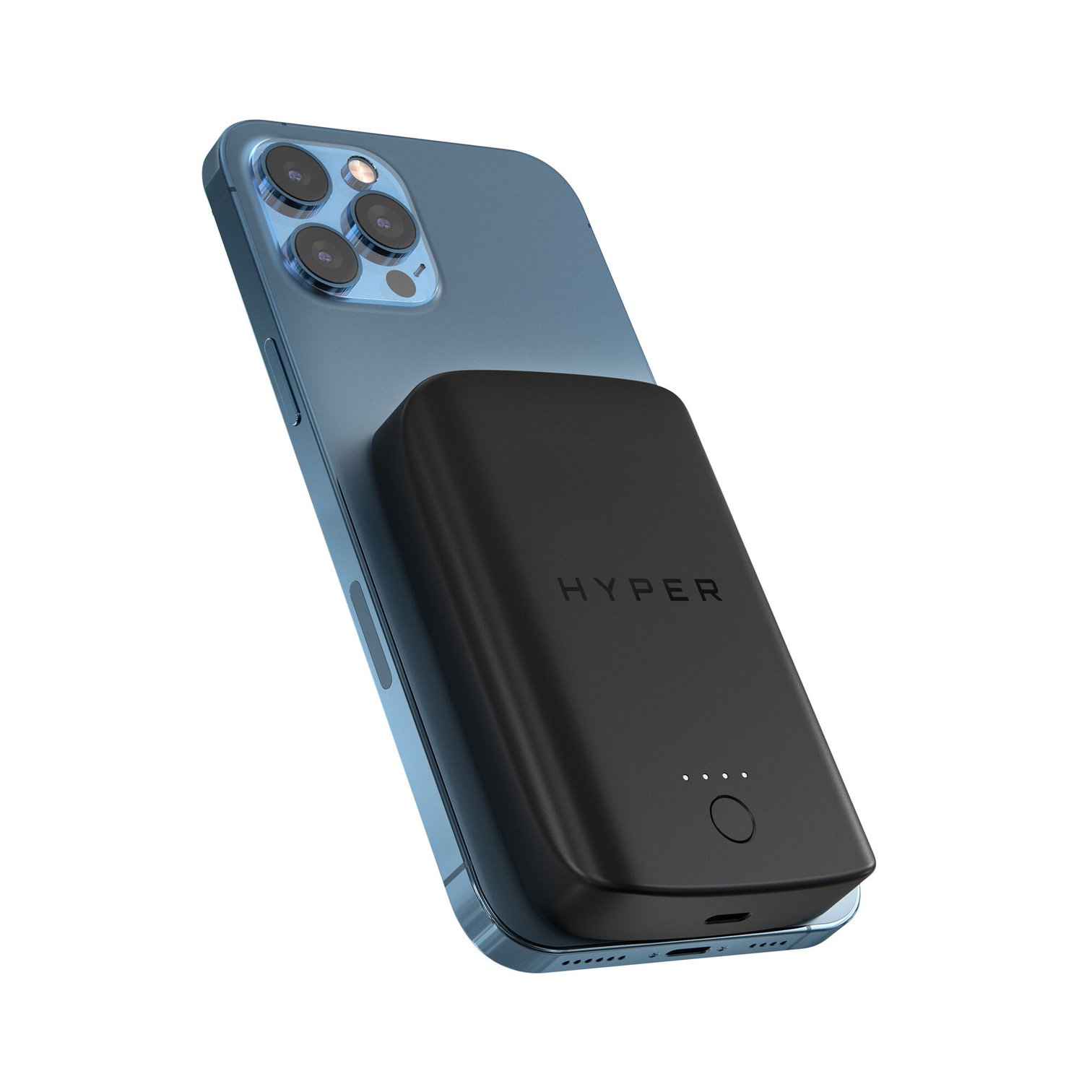 There are four LED light indicators on the battery pack itself, allowing for a quick way to see the battery pack’s charge level. Owners can use the USB-C port to charge a second device, while they are wirelessly charging the iPhone 12. The battery pack can output 7.5W wireless charging.

In related news, Anker launched a similar product back in February. It can charge up to 5W wirelessly, and that one’s priced at $39.99 as well.