Apple has its products available for students and educators all over the world. Today, the company is promoting that effort with a new feature highlighting a primary school in Australia.

Apple on Thursday released a feature highlighting St Therese Catholic Primary School, located in the southwestern suburbs of Sidney, Australia. Described as being in a “low socioeconomic area”, the school features a one-to-one iPad initiative trying to find new ways to engage with individual students. The feature highlights that effort with the ongoing coronavirus pandemic, but looks beyond that as well.

The school is wildly diverse, too. The students represent 50 different cultures, with a whopping 73 percent hailing from non-English speaking backgrounds. Meanwhile, three-quarters speak English as a second language. To help them flourish, Apple says that the school turned to iPads. 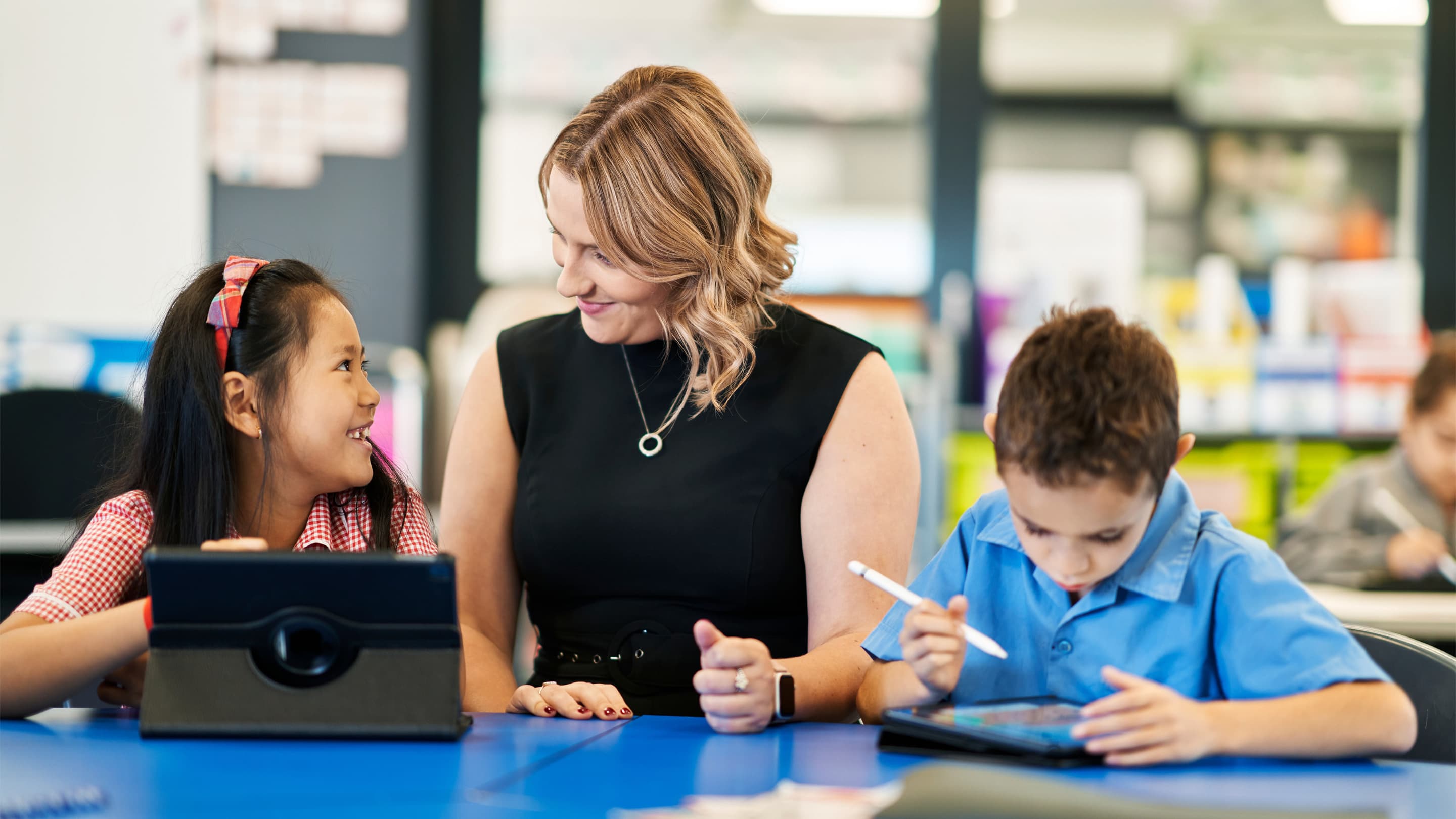 All of our students have the right and the capacity to learn, no matter what challenges they may be facing,’ says Michelle McKinnon, principal of St Therese Catholic Primary School in Sadleir Miller. ‘iPad doesn’t just allow our students to think outside of the box — they can redesign the box on their own terms. It gives our students the freedom to explore and express their ideas in the way that makes the best sense to them. That could be in writing, as an audio report, via a video presentation, or even an animation that they create themselves.

Being able to transition to remote learning was made easier thanks to the innovative way it utilizes the iPad. McKinnon adds, “When every school in the country suddenly had to shift to remote learning, the effort we had spent embedding iPad and the Everyone Can Create curriculum into every aspect of teaching and learning meant we had a solid foundation from which our students could continue to learn without interruption.” 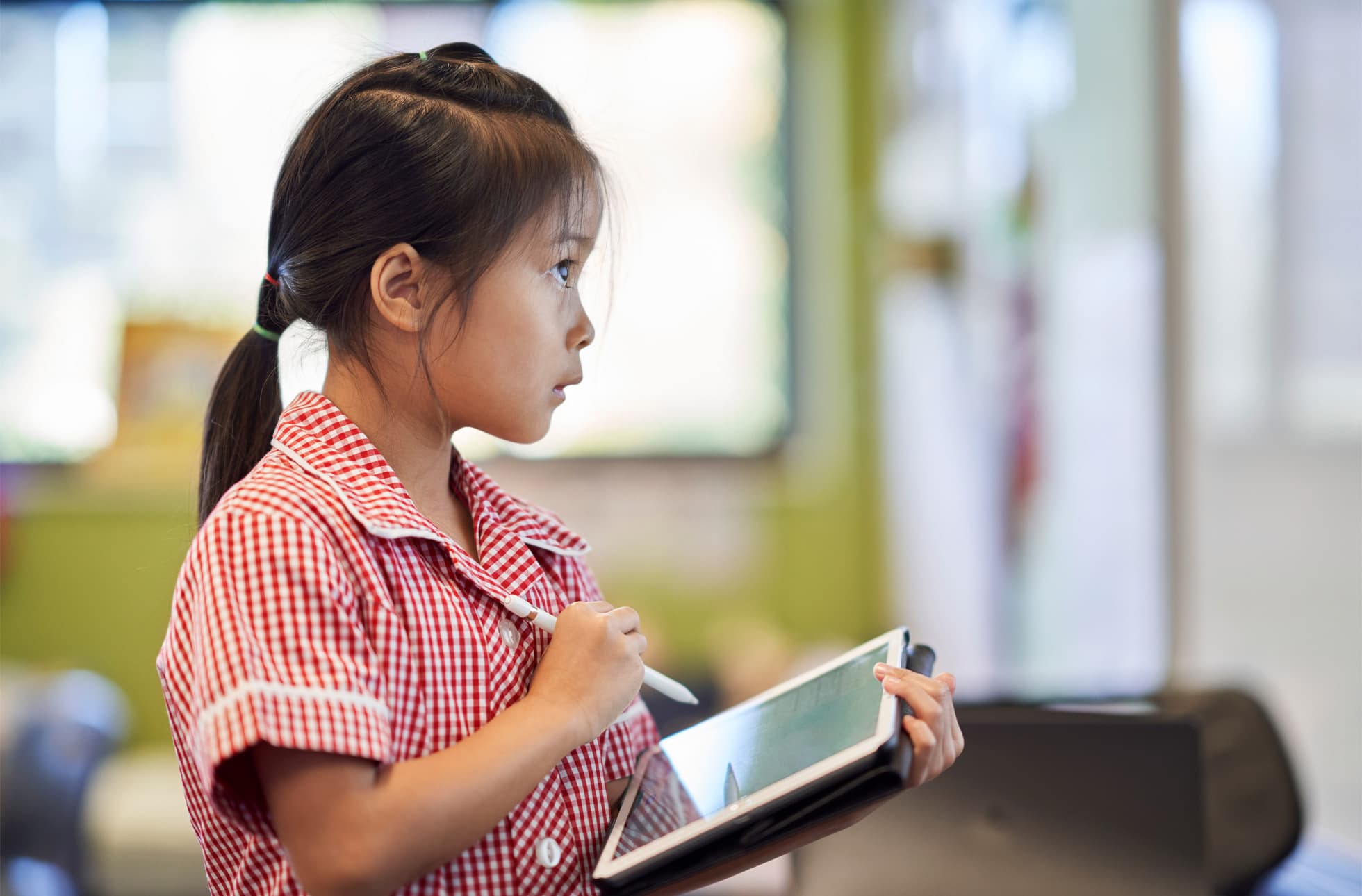 One of the most interesting aspects of the feature is the creation of an augmented reality kindergarten class, thanks to the iPad. The idea was formed when it turned out that parents would not be able to join their kids for orientation. So an AR classroom was created:

COVID-19 restrictions meant that parents were not allowed to attend orientation, so St Therese created the interactive book ‘Welcome to Kindergarten’ in Apple Books, combining video tours, photos, audio messages, and augmented reality (AR) to help new students and parents familiarize themselves with the school. With the “3D Bubble Experience,” incoming students and their families could virtually explore a real kindergarten classroom through AR by opening a USDZ file on iPad or iPhone.

The bubble experience addresses the tactile nature of kindergarten, and helps build confidence and excitement ahead of the new school year,’ says McKinnon. ‘It allows students and parents to explore a real classroom on their own time and discover all the wonderful things students will get to do in their first few weeks of big school.

The full feature is absolutely worth a read. It’s always fun to see how Apple’s products are making some awesome things in classrooms all over the globe. Right at the beginning of this month, for instance, Apple promoted the way the iPad helped students in New Zealand create their own Samoan language app.