Apple has its hardware in many schools all across the globe. Sometimes, the company promotes how students and faculty are using those devices to create new things. Today is one of those days.

Today, Apple used a press release to promote the students studying in Bromley School, located in Christchurch, New Zealand. According to the press release, the school serves the area’s underprivileged communities, preparing them for life outside of school. To help with that, Apple has provided not only iPads and Macs to students and faculty, but also Apple TV set-top boxes.

The goal, according to Principal Scot Kinley, is to offer equitable access to the tools that are used out in the real world, in most places. Offering tools that can prepare the students and empower them in new ways. 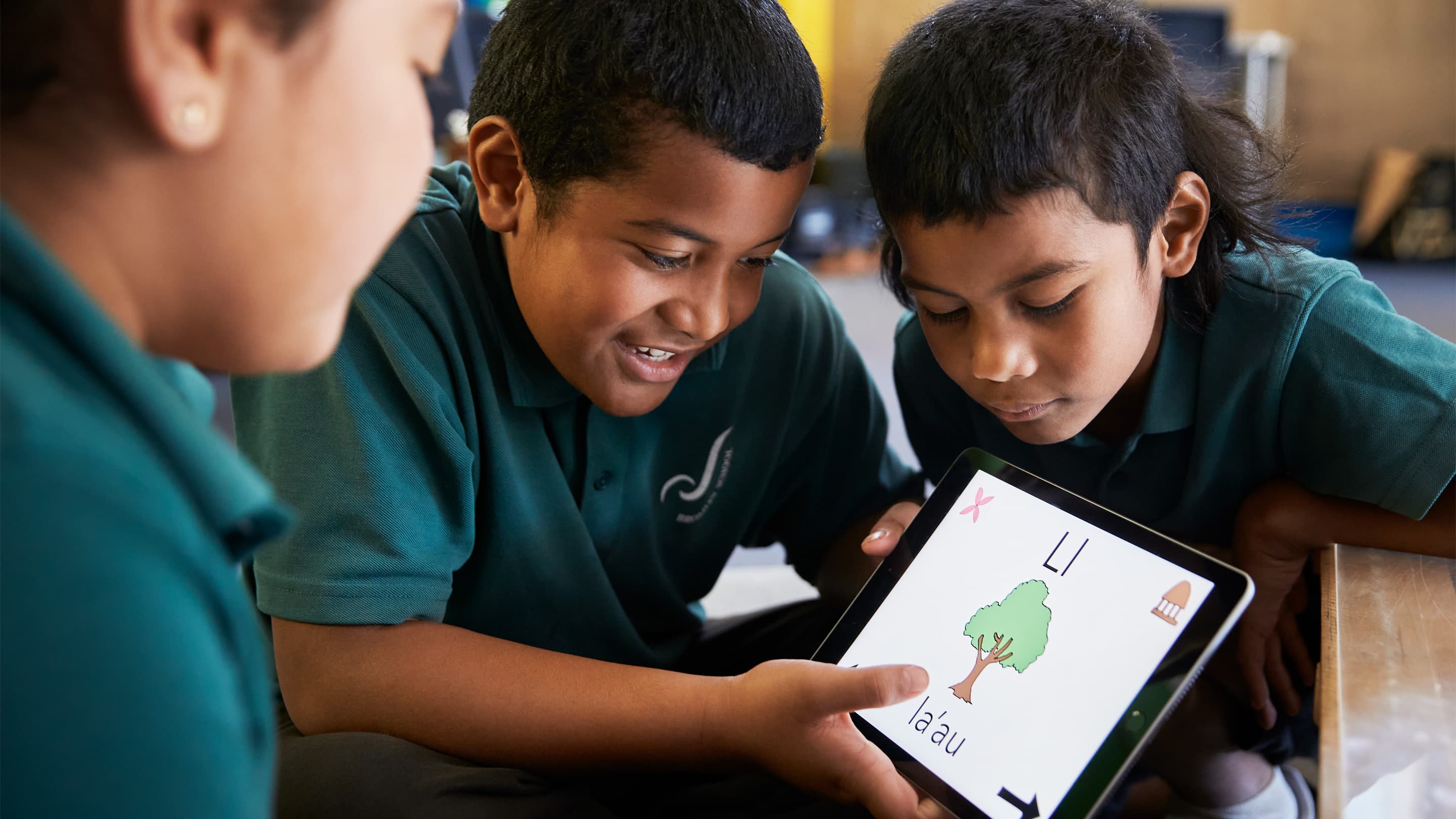 We challenge our students to think big — we want them to make a positive difference in the world,” says Kinley. “It’s our job to equip them with the necessary knowledge and skills they’ll need to thrive. We know we can do that by fostering independent and self-directed learners, and iPad is a key tool in this mission.

As mentioned above, the school is equipped with a variety of Apple-branded equipment, including iPads, Macs, and Apple TVs. The press release says the students are winning awards for the things they are creating, especially on iPad. That includes awards from regional digital creativity competitions.

Part of that includes a new app. A language app, designed to learn Gagana Sāmoa. Apparently the students lost their Samoan language teacher to a local high school, but they still wanted to learn the language. The school searched for a replacement, but couldn’t find one. So the students turned to technology — the iPad, namely.

A lot of our students’ parents or grandparents are fluent in their home language, but some of our students just know the basics — I had the same experience growing up,” explains Mele Togiaso, a teacher at Bromley School. “I’m part Māori and part Samoan, and I’m only now learning my family languages as an adult, thanks to a passionate group of kids!

The students formed a new group in an effort to keep learning the language of the Samoan Islands. The Digi Navigators, as they are called, include kids from ages 8 through 11. They explored a variety of content to try and find a way to learn the language, including books, other apps, and more. However, nothing panned out.

So, they turned to building an app. They started with a prototype called “Let’s Learn Samoan”, an iPad app. They went with this route because iPads are easily accessible at the school. The Digi Navigators created the app, and separated into individual groups, or creation teams.

Testing the new app was a crucial step in the process, too.

This is where we discovered bugs in our prototype, and got feedback on how we could improve our app,” says Amelia Abohay, a year 6 student. “A lot of different groups around our school helped by telling us what they liked and didn’t like, and giving us ideas for how we could make it even better.

They even made a pitch video for the app:

It’s a fun story, to be sure. It’s awesome to see students using technology to build great things, especially things they are passionate about. You can check out the full story of the students at Bromley School right here.