Apple is reportedly tweaking its Software Update mechanism to support the delivery of standalone security fixes to iPhone and iPad users without installing the latest iOS version. 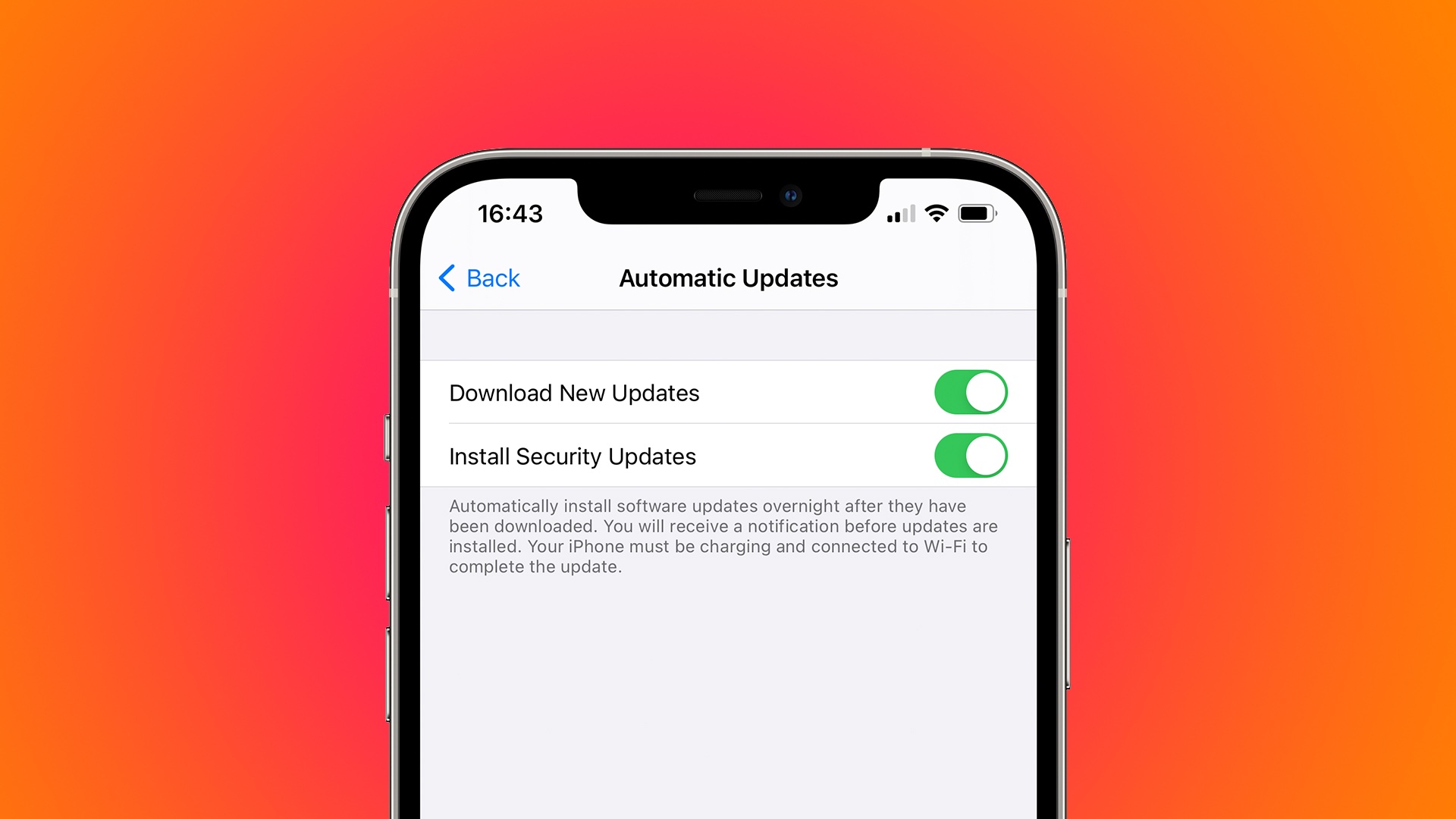 Your Mac supports the delivery of security fixes separately from main macOS software updates. This is used, for example, to deliver critical security fixes to customers who happen to be using an older version of the macOS operating system. Android, Windows and other operating systems work like this, too, and now the same feature is reportedly coming to the iPhone and iPad owners with Apple’s respective iOS 14.5 and iPadOS 14.5 updates.

9to5Mac has spotted interesting changes within the iOS 14.5 code suggesting that Apple is working on a new feature that would give customers the option to choose whether they would like to get the latest iOS updates separately from security fixes for the platform.

More specifically, the site has found a new toggle within the Automatic Updates menu that would let you choose whether you’d like to only receive security updates or full iOS updates.

There are no guarantees this feature will launch publicly but if it does, you’ll be able to receive critical security fixes for your device without having to install the latest iOS version available.

How would this be beneficial?

→ How to stop automatic iOS updates

Apple could use this to continue offering security updates to folks on iOS 14 after the release of iOS 15. A good example is the recent iOS 14.4.1 update which only brought a security fix for a major WebKit vulnerability and nothing else—with the new system, Apple could only deliver the necessary fix without having to release a whole new iOS point update just for that.

Aside from this feature, iOS 14.5 will also bring the ability to unlock your iPhone with your Apple Watch while wearing a mask, new Shortcuts actions, 200+ new emoji, support for Beast headphones in the Find My app, Waze-like reporting in Maps and more.

iOS 14.5, iPadOS 14.5 and other Apple OS updates are currently in developer testing, with a few additional betas likely in the works before the final builds are ready for prime time. Though Apple has not said when the updates are dropping, we’re expecting an early-Spring launch.