Notability, one of the best note-taking productivity apps for the iPad, today released a new Mac version, rewritten from scratch, that brings the full iPad experience to macOS for the first time. 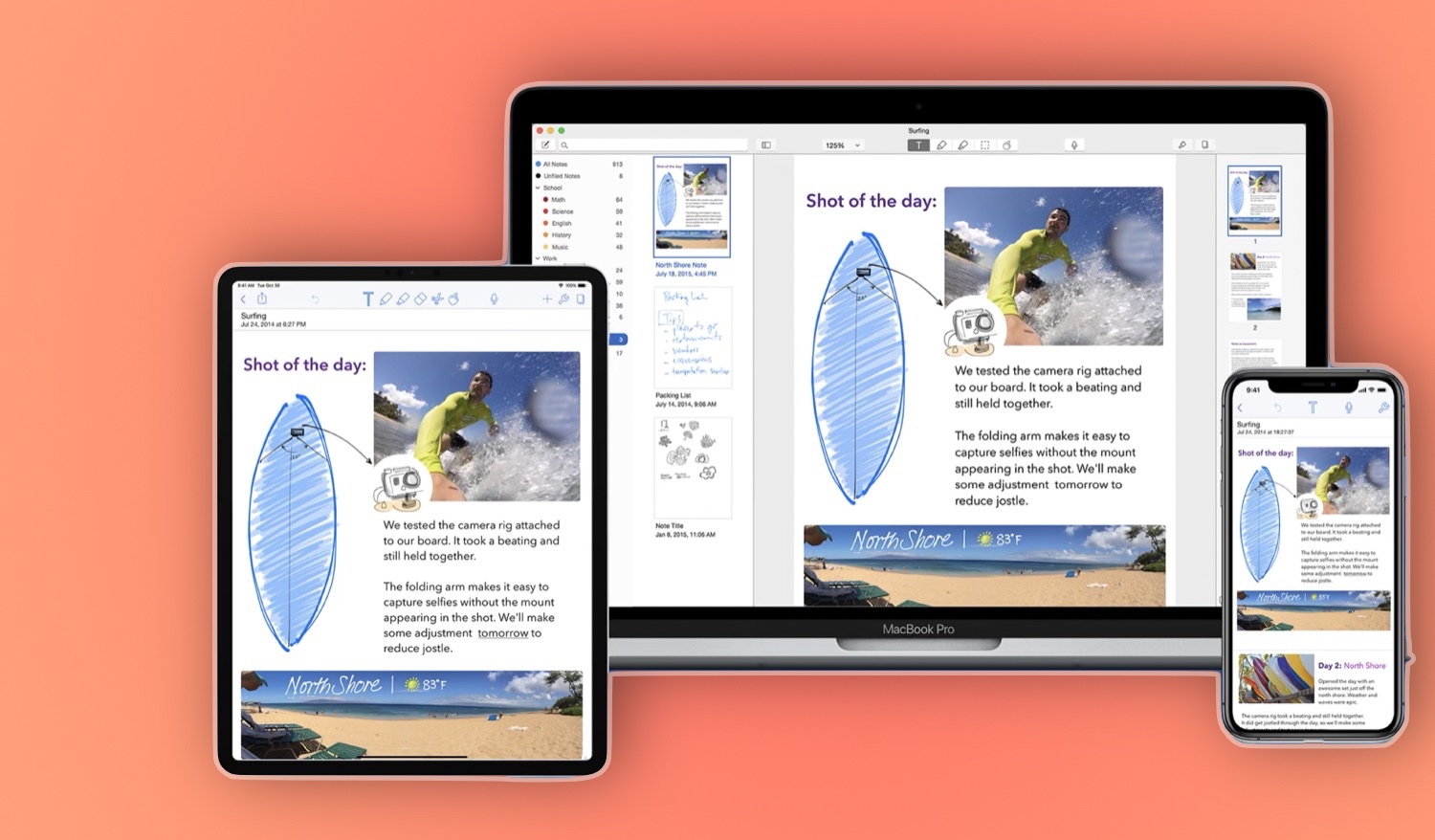 The new software has been fully optimized to take advantage of the screen real estate on your Mac, as well as keyboard shortcuts and other technologies. Notability has had a Mac app since 2016, but it lacked many features found in the iPad edition. With the all-new Mac app now available to download, the previous Mac version has been removed from the App Store.

Developer Ginger Labs has basically ported he current Notability for iPad software to macOS using Apple’s Catalyst. Apple itself uses this technology to power some of its stock apps such as Music and TV. Not only does using Catalyst results in feature parity between the iOS and macOS versions of Notability but faster updates for the new Mac app as well.

Mac Catalyst enables us to maintain feature parity across Apple devices, something we’ve wanted to offer for a long time. This can be especially useful for students who take notes on iPad and also use a Mac for studying. They can easily pick up where they left off with the same functionality and experience.

Some of the most popular features of Notability are supported by the Mac version, including automatic shape detection, handwriting recognition, favorite tools, paper backgrounds and Apple Pencil support via Sidecar. Additional capabilities, such as digital planners, stickers, math conversion and more, can be added to the app via paid upgrades.

Notability for macOS is available free to all current users of the old Mac app. New customers can purchase Notability for the discounted price of $3.99 for a limited time (regularly $8.99).

A single purchase gets you unlimited access to Notability on your iPhone, iPad and Mac.