We all probably have at least a few favorite contacts saved on our iPhones, whether it’s close family or our best of friends. Fortunately, Apple allows you to set up favorite contacts in the Phone app so that it’s easier to get in touch with them when life necessitates it.

Designating a contact as a ‘favorite’ contact in the Phone app moves that person’s contact information to the dedicated Favorites tab at the bottom of the app, but if you were looking for even more added convenience, then we think you’ll come to appreciate a newly released and free jailbreak tweak called CallFavorites by iOS developer pixelomer.

With CallFavorites installed, users will be able to dial their favorite contacts directly from the Home Screen by performing a simple 3D Touch or Haptic Touch gesture on the Phone app icon, like so: 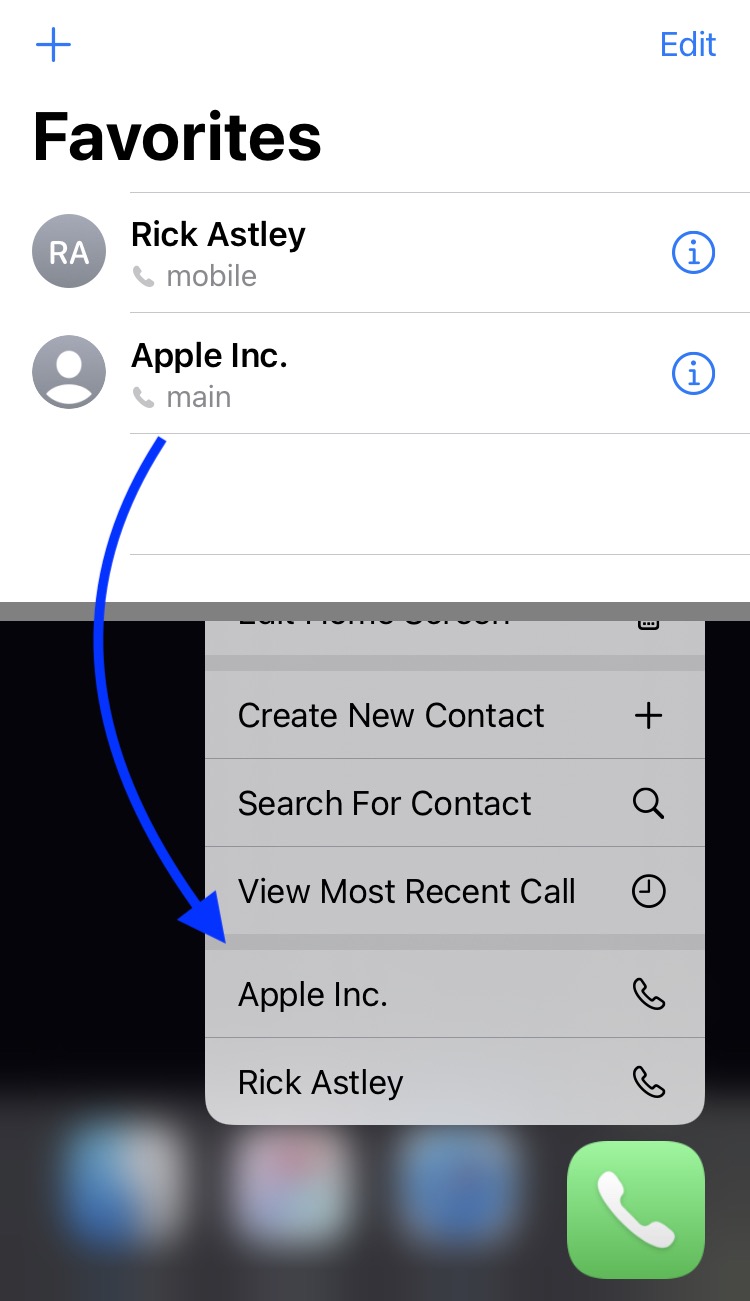 As you’d come to expect, this gesture reveals the traditional 3D Touch/Haptic Touch-centric menu, albeit with additional options comprise of your favorite contacts. Tapping on one of them automatically dials their number to initiate a phone call.

If you used iOS 13 before upgrading to iOS 14, then you might remember that this was originally a native feature in Apple’s mobile operating system. Apple appears to have removed it in iOS 14, and as such, many habitual users are now bent out of shape about it, and understandably so.

CallFavorites doesn’t have any options to configure, as it merely draws on the favorite contacts you’ve configured in the Phone app. Those interested in trying the tweak out for themselves can download it from pixelomer’s personal repository via their favorite package manager. The tweak supports jailbroken iOS 14 devices and is open source on the developer’s GitHub page.

If you’re not already using pixelomer’s repository, then you can add it to your package manager of choice with the following URL:

Will you be bringing this feature back to your iOS 14 device with CallFavorites? Let us know in the comments section down below.