Spotify has long had the ability to keep playing music when a queue or playlist ends. Something that Apple added to Apple Music in iOS 14. And now the music streaming service is bringing the feature to CarPlay. Eventually.

As first reported by The 8-Bit, Spotify is currently beta testing a feature called “Go to Song Radio”. With this, folks using Spotify with Apple CarPlay will be able to tap a single button and essentially launch a long playlist of music. This new playlist will generate the new music choices based on that initial song, and Spotify’s algorithms will work in the background to build a similar playlist.

Spotify users should be used to this, as it’s been a built-in feature for the streaming service for quite some time. It’s now making the leap to CarPlay, albeit in a beta test. As it stands right now, Spotify’s TestFlight beta is currently full, so they can’t accept any new beta testers right now. 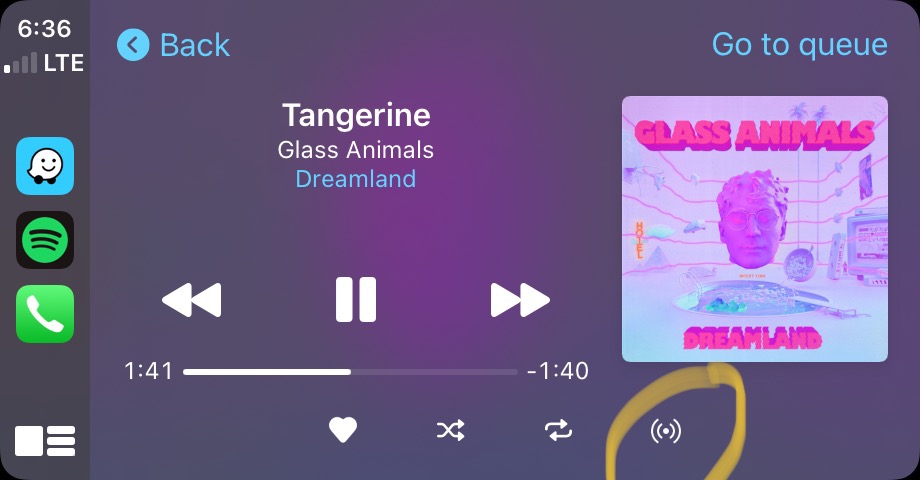 Only current beta testers can try out the feature. So if that is you, you should see the new radio button next to the Repeat option in CarPlay. Yo can see it circled in the image just above. Selecting that button will launch the radio feature, building an extended playlist around the currently playing track.

Until now, CarPlay did not support this feature within the Spotify app. However, Spotify is currently testing adding the “Go to song Radio” button to the Now Playing screen on Spotify’s CarPlay app as a part of its beta testing program that is accessible via TestFlight.

As mentioned above, AutoPlay in Apple Music works similarly. And it works with CarPlay, too. However, that does launch a radio station that builds a queue from similar music. Not a playlist. This feature for Spotify will generate a long playlist, which users can actually open again at a later point. 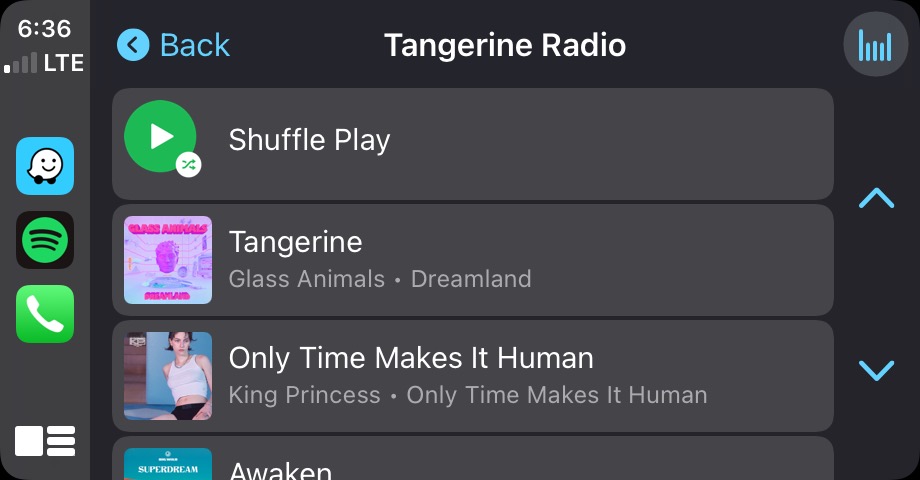 At the time of publication, there’s no word when this feature might see the light of day for the public Spotify users. Hopefully it’s soon.