The news officially broke Thursday morning that the unc0ver Team had been hard at work on creating a full-fledged jailbreak for iOS & iPadOS 14.0-14.3. Since then, many avid jailbreakers-to-be have found themselves waiting in suspense.

Fortunately for those waiting, it seems that unc0ver could pick up support for iOS & iPadOS 14.0-14.3 sooner rather than later. In a series of Tweets shared to Twitter Saturday evening, we got our first glance at the unc0ver jailbreak app v6.0.0 on iOS 14 alongside some screenshots of Cydia running on iOS 14.

The Tweets were accompanied by unc0ver lead developer Pwn20wnd hyping the tool up and urging jailbreakers to Tweet the hashtag #unc0ver in an effort to get it trending on Twitter. Pwn20wnd even teased that it could be released as soon as tonight: 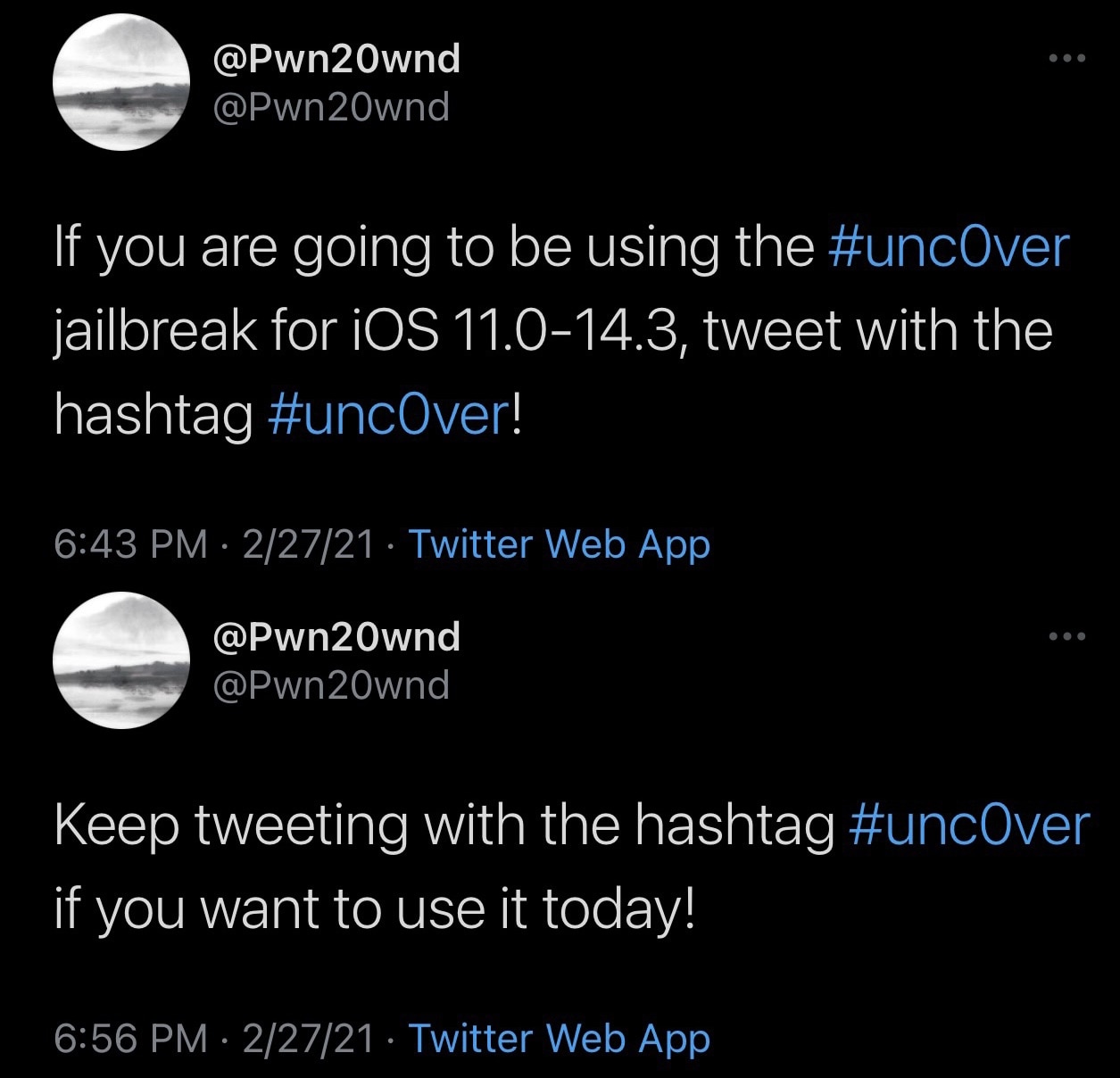 Those who remember the last time unc0ver received a major update will recognize many of the same patterns this time around.

In a general fashion, Pwn20wnd enjoys getting unc0ver trending on Twitter before launching a major release, followed by Retweeting testimonials shared by beta testers: 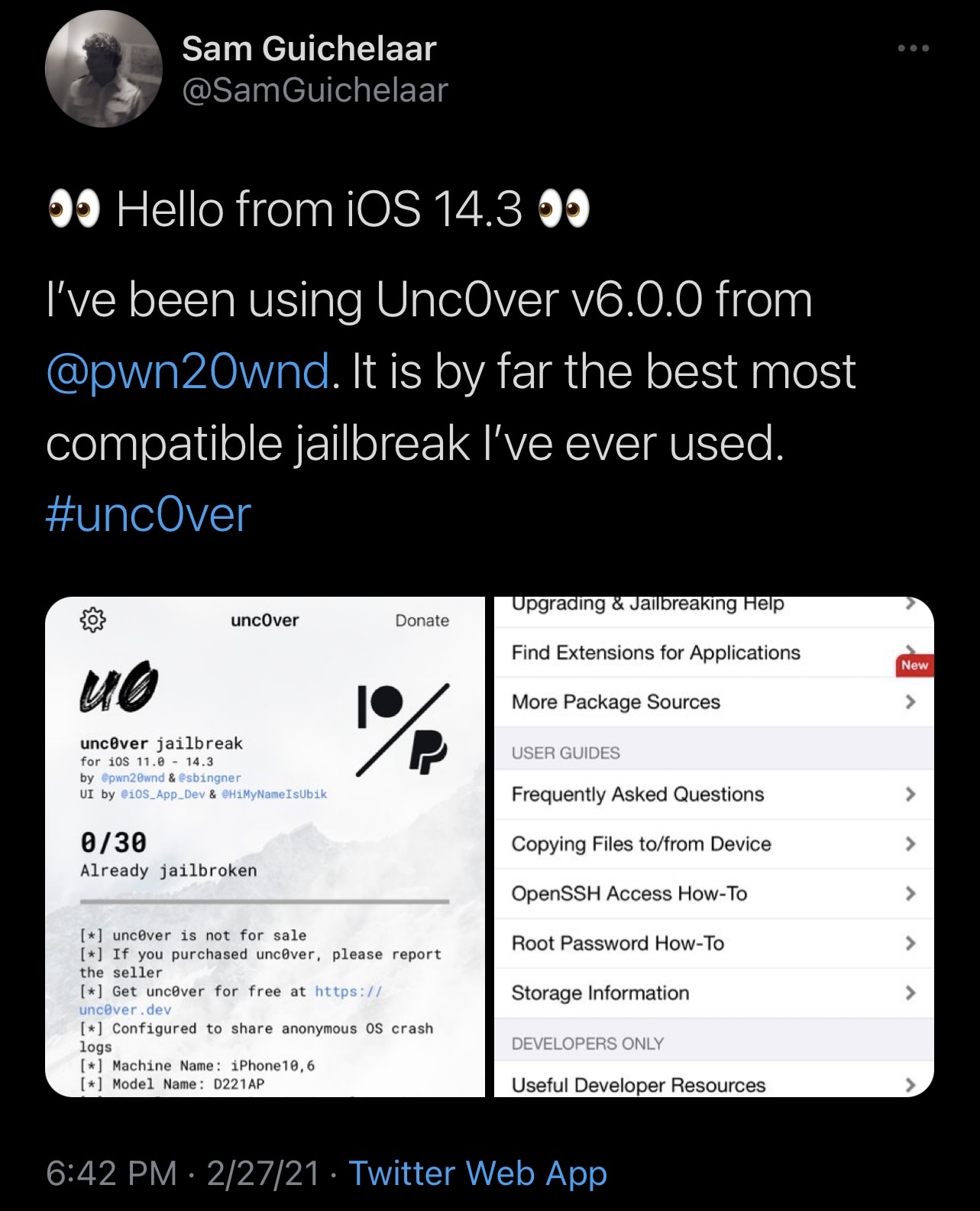 As it’s understood, unc0ver’s newfangled iOS & iPadOS 14 support is being made possible by a custom kernel exploit based on the recently released cicuta_verosa kernel exploit by @ModernPwner. It should be noted however that the exploits are not the same.

For those unaware, the unc0ver jailbreak installs Cydia as the default package manager and utilizes Substitute for tweak injection, the latter of which recently received a major update. The unc0ver v6.0.0 jailbreak for iOS 14.0-14.3 will support all devices capable of running these versions, including Apple’s new iPhone 12 lineup.

Given all the hype happening on Twitter right now, we can only assume that unc0ver v6.0.0 will launch very soon, and we’re ready!

Are you excited for unc0ver v6.0.0, or are you waiting for CoolStar’s Odyssey14 release before you jailbreak iOS or iPadOS 14? Let us know in the comments section down below.