A lot has been happening in the jailbreak community with regard to iOS & iPadOS 14 in just the past couple of weeks. Not only have we witnessed jailbreak teasers on iOS 14.0 and 14.3 devices, but a new kernel exploit for iOS & iPadOS 14.0-14.3 called cicuta_virosa recently dropped. This means that a public jailbreak release supporting all devices on the aforementioned firmware versions could be just around the corner.

Given everything that appears to be going on, it seemed like a good time to turn the spotlight toward a rather interesting development known as project Manticore. At face value, it appears to be an upcoming jailbreak tool based on the new cicuta_virosa kernel exploit for iOS & iPadOS 14.0-14.3.

We don’t know all that much about project Manticore as of right now, but from what we can gather, the team is operating under the Twitter handle @ManticoreCode and appears to be comprised of the members @Rpwnage and @PwnedC99. Just today, the team account posted a teaser interface of the purported upcoming jailbreak tool: 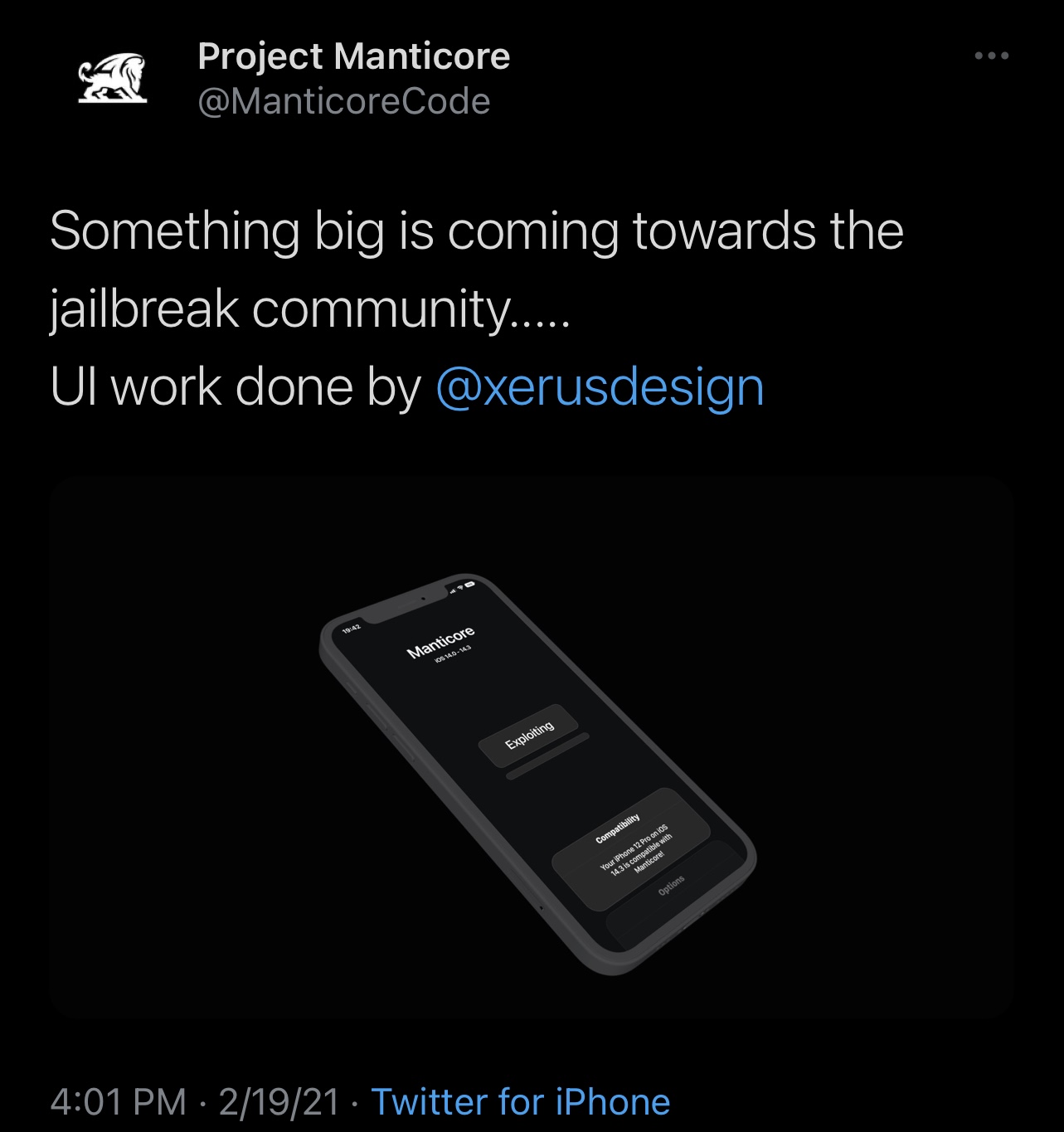 Although we haven’t heard of the aforementioned players in project Manticore before just this past week, one thing worth noting is that the designer of the teased Manticore jailbreak app UI above appears to be @xerusdesign, a known graphic designer and theme creator for the jailbreak community and renowned for making Felicity Pro.

A Tweet teasing the beating heart inside of project Manticore by @Rpwnage was initially shared on /r/jailbreak earlier this week, and it was understandably met with quite a substantial amount of skepticism — after all, most have never heard of them before and it’s not unheard of for phony accounts to garner attention on social media. The Tweet was as follows: 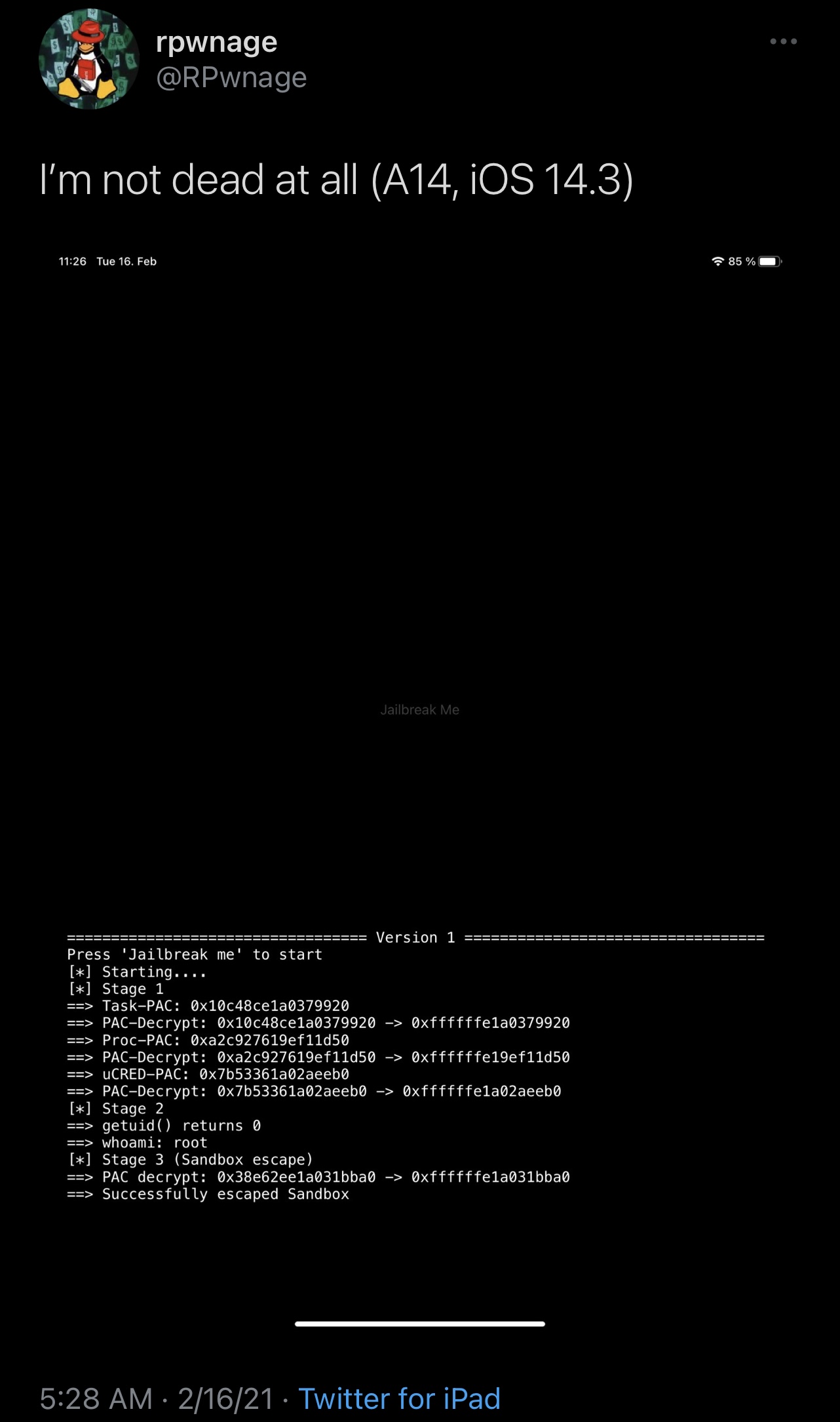 That’s not to say we take such a position against project Manticore; in fact, quite the contrary. For what it’s worth, no one had ever heard of Pangu when that jailbreak dropped for iOS 9 six years ago, yet it turned out to be legitimate. For that reason, we tread on this subject with caution and continue to monitor the project and its developers for updates and will keep the readers of iDownloadBlog apprised as the situation develops.

We should also note that CoolStar is currently working on a cicuta_virosa-based jailbreak tool for all devices running iOS or iPadOS 14.0-14.3 as well. This upcoming jailbreak is temporarily being referred to as Odyssey14, however an official name is expected to surface right before or amid the release.

Assuming project Manticore is legitimate, it remains to be seen whether it will launch before or after CoolStar’s upcoming jailbreak. Only time will tell…

Are you excited that we might potentially have another player in the jailbreak community? Let us know your thoughts about project Manticore in the comments section down below.