Way, way back in 2019 we heard about the limited series Lisey’s Story, which will star Julianne Moore (Hannibal). Now, we finally have a first look at the upcoming show.

Apple TV+ shared the official first look at the upcoming limited series today. There is absolutely not much to go on here, except maybe tone and atmosphere. There’s a tree, flowers, a blood red moon, what looks like it could be a lighthouse, and the back of what’s probably our lead actor, Moore. The show is created by Stephen King, who also wrote the original story. King will be serving as executive producer alongside J.J. Abrams (Super 8).

Moore will be an executive producer on the project as well. You can check out the first image from the upcoming limited series just below. 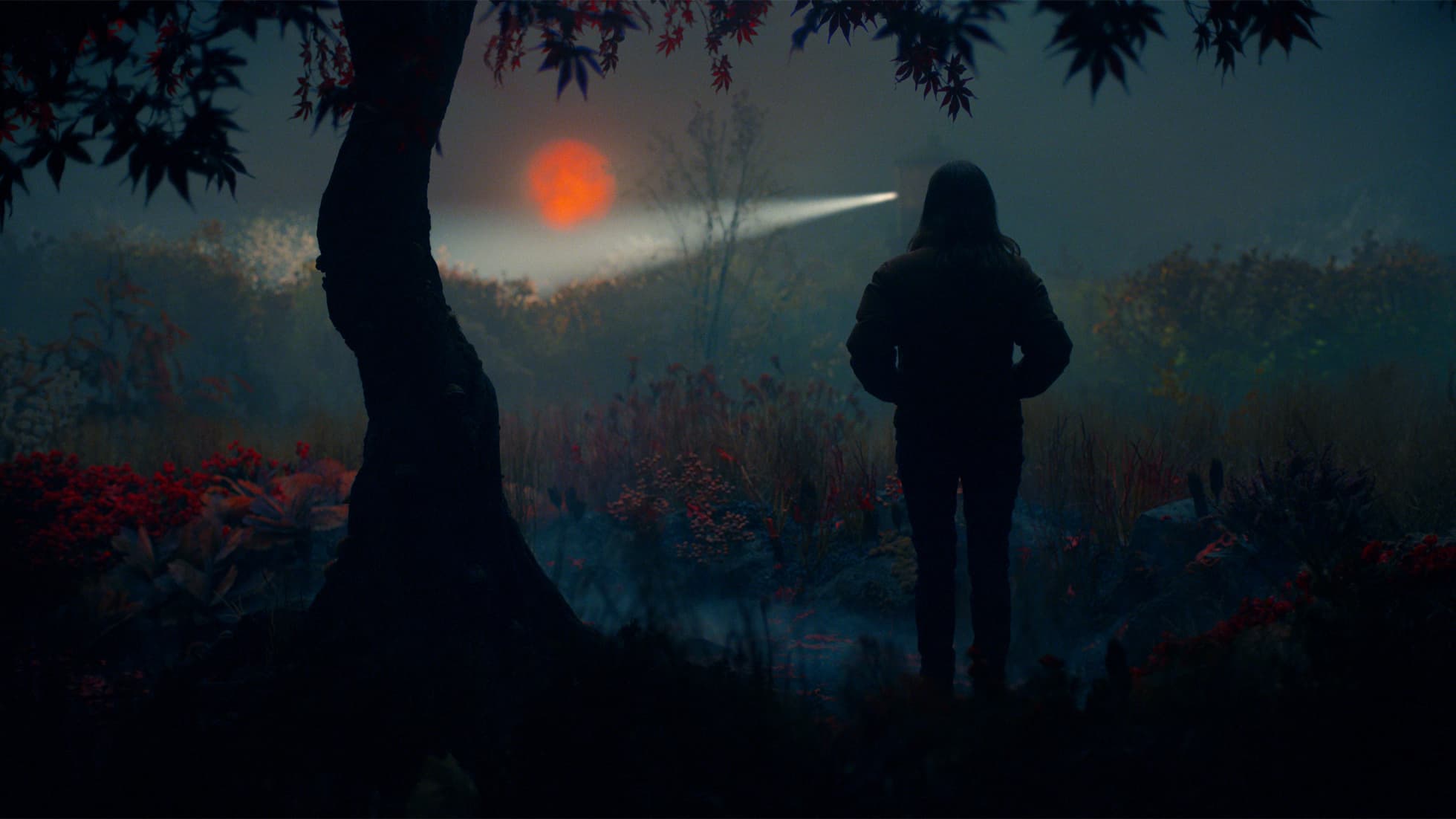 Based on the best-selling novel by Stephen King, and adapted by the author himself, ‘Lisey’s Story’ is a deeply personal thriller that follows Lisey Landon (played by Moore) two years after the death of her husband, famous novelist Scott Landon (played by Clive Owen). A series of unsettling events causes Lisey to face memories of her marriage to Scott that she has deliberately blocked out of her mind. Joan Allen, Jennifer Jason Leigh, Dane DeHaan, Sung Kang and Ron Cephas Jones star alongside Moore and Owen.

As noted just above, Dane DeHaan (Chronicle) joined the cast in November of 2019. Hopefully we’ll have a trailer to share sooner rather than later.

Pablo Larraín (Jackie) is directing the limited series. It will debut sometime this summer.