Many had thought that the iOS 12-centric Chimera jailbreak tool would stop receiving updates as development efforts shifted toward newer iOS & iPadOS 13 and 14 jailbreaks, but it seems that isn’t the case.

Chimera received another update this weekend, officially bringing it up to version 1.6.2. 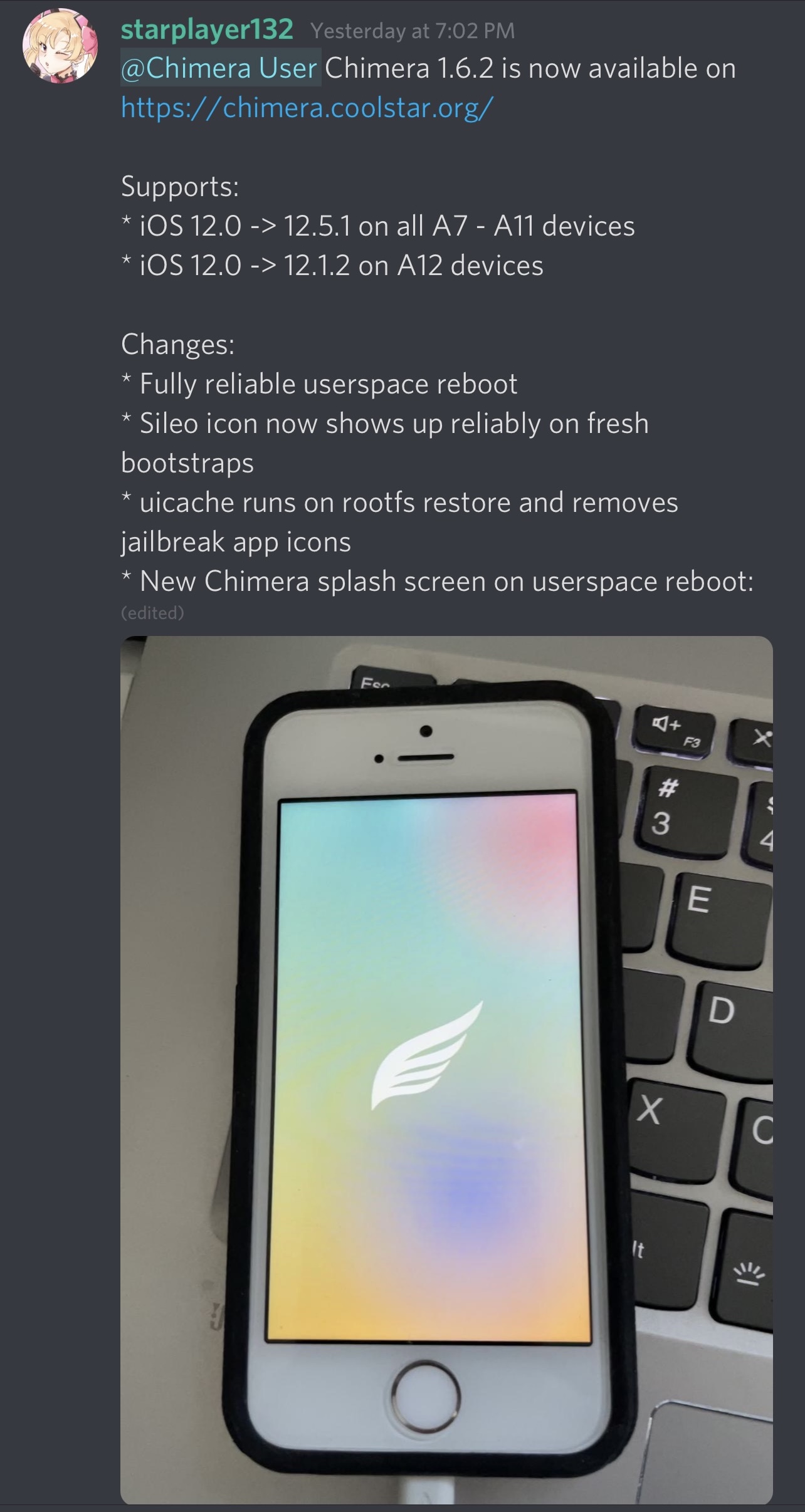 Here’s what’s new in the latest version of Chimera:

CoolStar also adds that a version 1.6.3 update is likely to be released soon with further libhooker changes, but no ETA has been provided as of now.

This update is recommended for all existing users of the Chimera jailbreak, and if you’re on iOS 12 and haven’t jailbroken yet, but plan to jailbreak with Chimera, then you’ll still want to grab the latest version.

The latest version of Chimera can be downloaded from chimera.coolstar.org, and can be installed with AltStore, Xcode, or a signing service of your choice.

Have you downloaded and used the latest version of Chimera yet? Let us know down in the comments section below.