Many iPhone users rely on their handset to wake them up each and every morning with its built-in alarm feature, myself included.

While I certainly appreciate just how easy it is to set up alarms in the iPhone’s native Clock app, I also recognize that there are a few different ways Apple could make it better. One of those would be to add a countdown timer to the native alarm interface.

It doesn’t seem likely that Apple has any intention of implementing such a feature out of the box, but fortunately for jailbreakers, a new tweak called NappyTime14 by iOS developer arya06 answers the call. 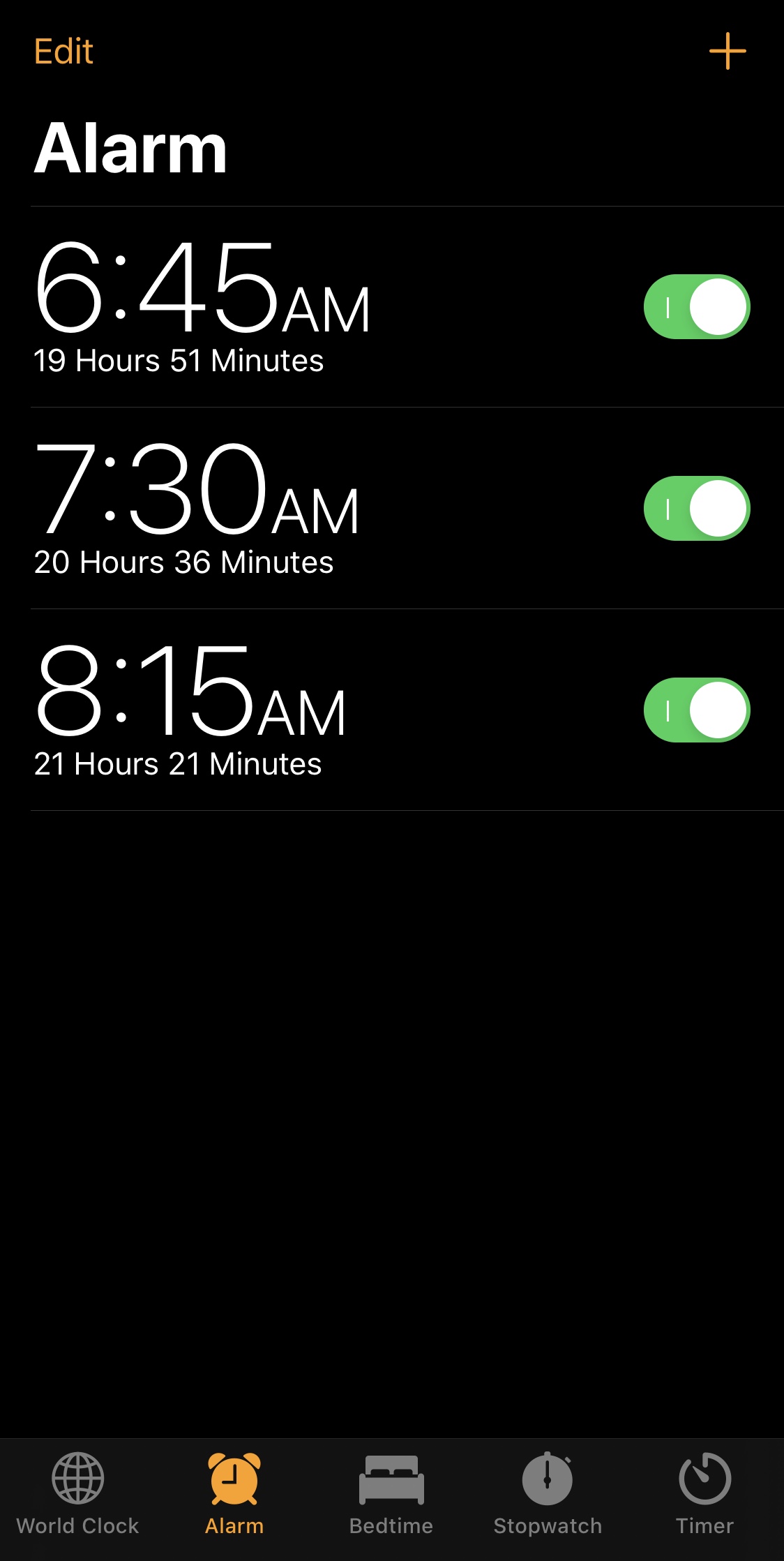 As depicted in the screenshot example above, NappyTime14 incorporates countdown timers for each and every alarm you’ve configured in the native Clock app in an effort to provide users with a better idea of just how long it will be before alarms begin firing.

NappyTime14 doesn’t have any options to configure, so what you see is ultimately what you get. For the best user experience, we recommend using the tweak in tandem with the CCAlarmETA tweak, which displays a similar countdown timer to your soonest upcoming alarm in the dedicated Control Center module.

Those interested in giving NappyTime14 a try can download the tweak for free from arya06’s repository from their favorite package manager. It supports jailbroken iOS 13 and 14 devices.

If you aren’t already using arya06’s repository, then you can add it your package manager of choice with the following URL:

Do you intend to add countdown timers to your iPhone’s alarm interface? Let us know in the comments section down below.