User privacy won’t stop being a big deal any time soon, even with Apple trying new ways to mitigate the impact. But with companies like Facebook out there in the wild, trying their hardest to gobble up all the information they can about people, it’s an uphill battle. And now Facebook has a new plan to try and get users on “their side” moving forward.

Facebook and Apple are having a pretty public battle right now over data security and user privacy. As you already know, Apple’s stated stance is being on the side of the user, trying to keep that information private — unless they actively agree to share it. Meanwhile, Facebook is happy keeping things the way they are, with users just sharing that information without really any thought, so long as they can use their products for free.

What it ultimately comes down to is the user, though. All of the details should be up to the user, which is actually where Apple finds itself. 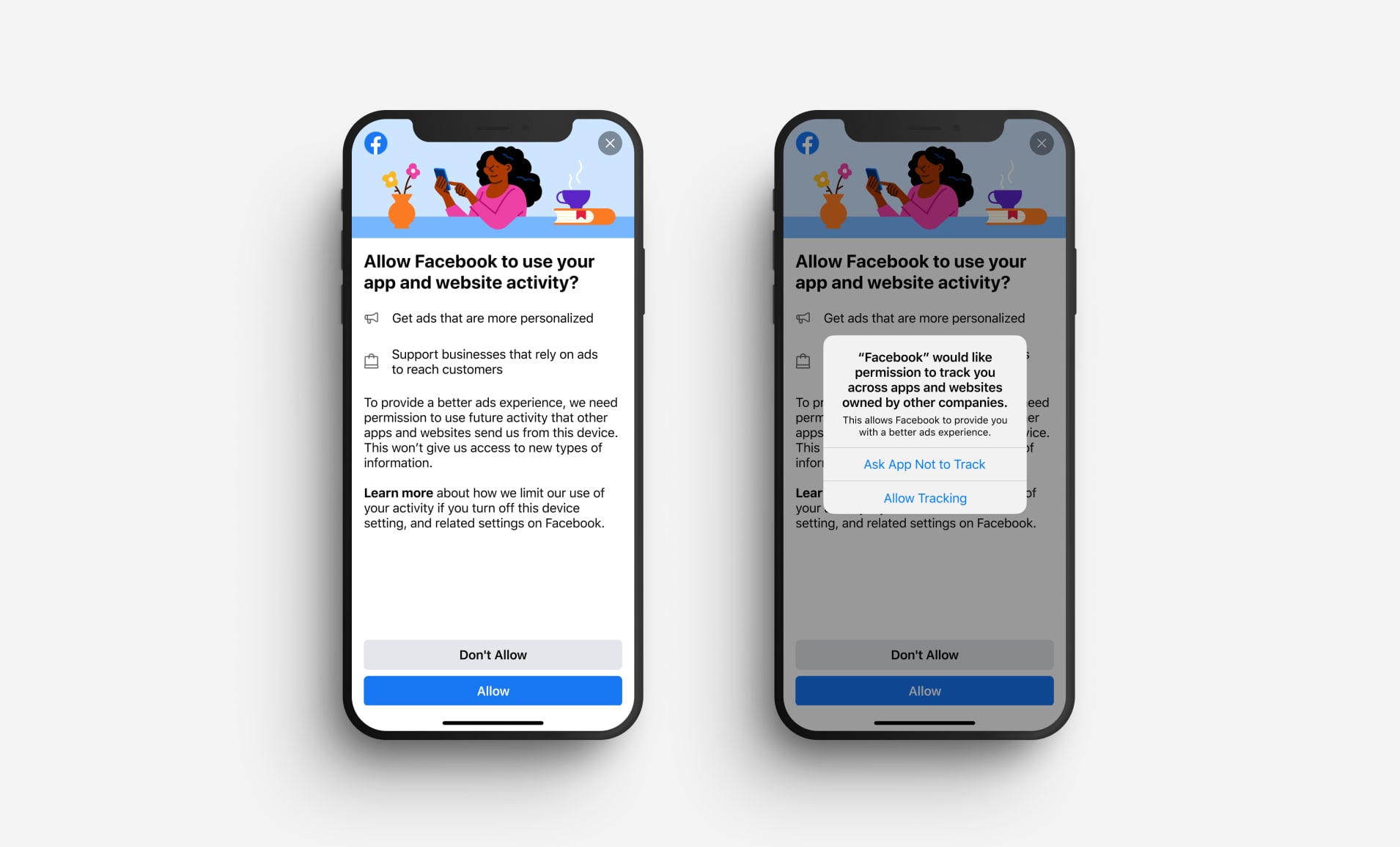 The company is launching App Tracking Transparency (ATT) in the near future. With this feature, apps will need to request from the user whether they want to be tracked or not. Facebook has made its position on the feature well known at this point, even taking out full-page ads in newspapers to try and drum up support. Facebook has gone as far as to say Apple is trying to kill small business with this feature (something echoed with this latest effort, too).

Now, as noted today by CNBC, Facebook is trying something similar to Apple’s approach. The company is currently testing a prompt that will appear in the app itself, requesting permission to track the user. It’s asking users to opt-in to being tracked — the exact same thing Apple is doing on its own side with the ATT feature.

As part of this test, Facebook will begin showing some users its own prompts starting on Monday, explaining why it wants to track this activity and asking users to opt in. These prompts will appear on Apple users’ screens immediately before the Apple pop-up appears.

As you can see from the image above, Facebook is presenting the ability to track users as a means to showcase “personalized ads”. But, more than that, the social network echoes the potential pitfalls to small businesses if the user doesn’t turn tracking on.

This is just a test, but Facebook’s rolling it out now. And if you do see this prompt in your app, whichever option you choose will be saved when Facebook is finished with the testing phase.

It sure looks like Facebook is just trying to beat Apple to the punch here. And they probably will, depending on how quickly they can roll through the testing phase.

If you get this prompt, which one will you choose?