It used to be that when iOS jolted you from one app to another, you’d then need to open the App Switcher to return to what you were doing in the first app. That all changed after Apple introduced Status Bar-based breadcrumb links starting with iOS 9 and later.

To put it briefly, a breadcrumb link appears in the Status Bar as a string of text with a left-pointing arrow beside it. You’ve probably seen one after tapping on a link in an app, as this usually kicks you into either the App Store or Safari, but other apps may also apply in certain circumstances.

As depicted in the before and after screenshot examples above croutons13 gives iOS’ breadcrumb links a much-needed makeover, and it does this by replacing the breadcrumb link’s traditional text string with the icon of the app that it would return you to if tapped.

The concept of making iOS’ breadcrumb links display an app icon instead of the app’s name as a text string isn’t new. In 2017, iOS developer Sticktron pioneered the idea with Croutons (iOS 9/10). The new croutons13 tweak by burrit0z draws a lot of inspiration from the aforementioned original, but with vital refinements that make it compatible with the latest iOS & iPadOS 13 and 14 platforms, including notched handsets.

Once installed, croutons13 adds a dedicated preference pane to the Settings app where users may configure the tweak to their liking: 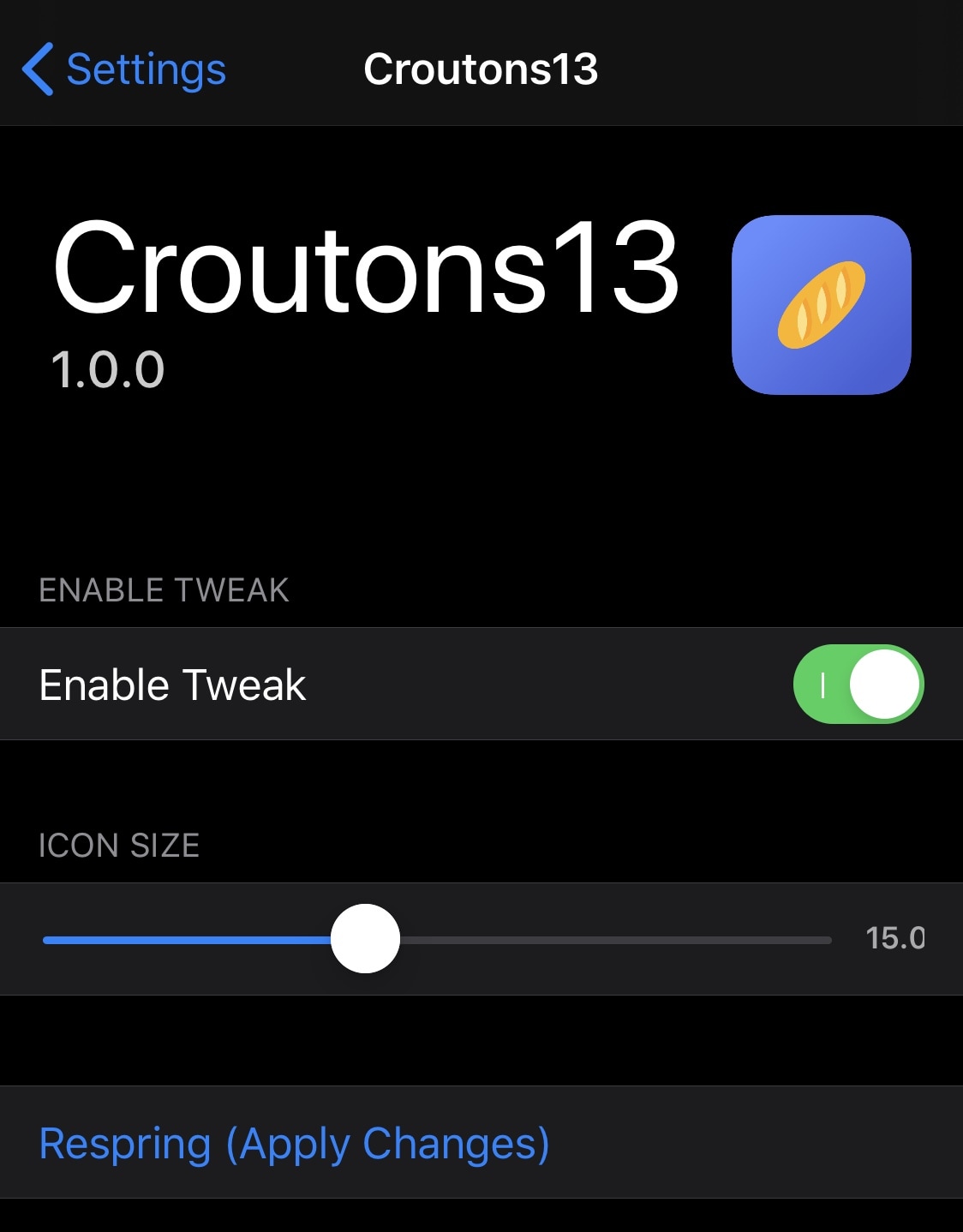 I like the idea behind croutons13 because it’s a lot more aesthetically pleasing when compared with iOS’ native text string-based breadcrumb links. I also appreciate that using the app’s icon takes up less space than using the app’s name.

Those interested in giving croutons13 a try can download the tweak for free from Burrit0z personal repository via their favorite package manager. The tweak supports jailbroken iOS & iPadOS 13 and 14 devices and is open source on the developer’s GitHub page for anyone who wants to see how it works under the hood.

Those who aren’t already using Burrit0z’s personal repository can add it to their preferred package manager with the following URL:

Do you think using the app’s icon for breadcrumb links looks better than using the name in the Status Bar? Let us know what you think about the croutons13 tweak in the comments section below.