One of the more useful features Apple integrated into iOS is the Breadcrumb link function, which is accessible from the Status Bar. With it, you can go back to previously-used apps more quickly after you’re redirected to another on your device.

Despite how handy it is, people aren’t so fond of their Status Bar getting cluttered up with extra text. Fortunately, iOS developer Sticktron found an aesthetically-pleasing way to improve your Breadcrumb link trail in his new free jailbreak tweak dubbed Croutons (iOS 9/10).

Breadcrumb links regularly depict the name of an app in the Status Bar, which can get lengthy and become bothersome depending on how many other icons you’ve already got residing there. On the other hand, Croutons takes a simpler approach, displaying a miniaturized version of the respective app’s icon instead.

Shown above, you can see an example of just how much nicer the tweak’s effects look. In this case, we were redirected from Safari to the App Store to download an app, so the Safari icon is displayed rather than the word “Safari.”

In case you were curious, the tweak also includes a custom icon for when you search from Spotlight to launch apps. When you do, you’ll see the following image rather than the word “Search:” 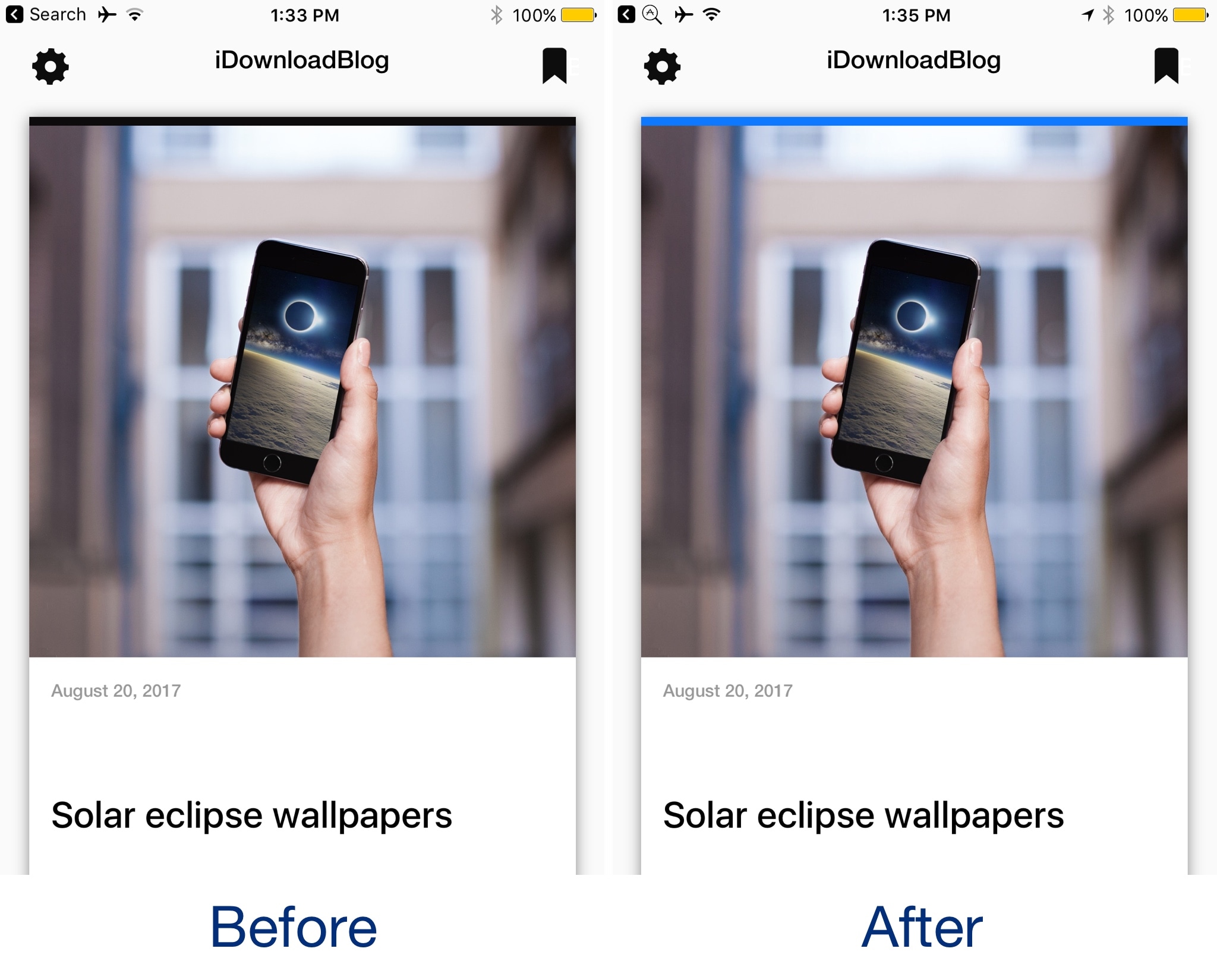 Croutons adds a preference pane to the Settings app where the tweak can be toggled on or off on demand: 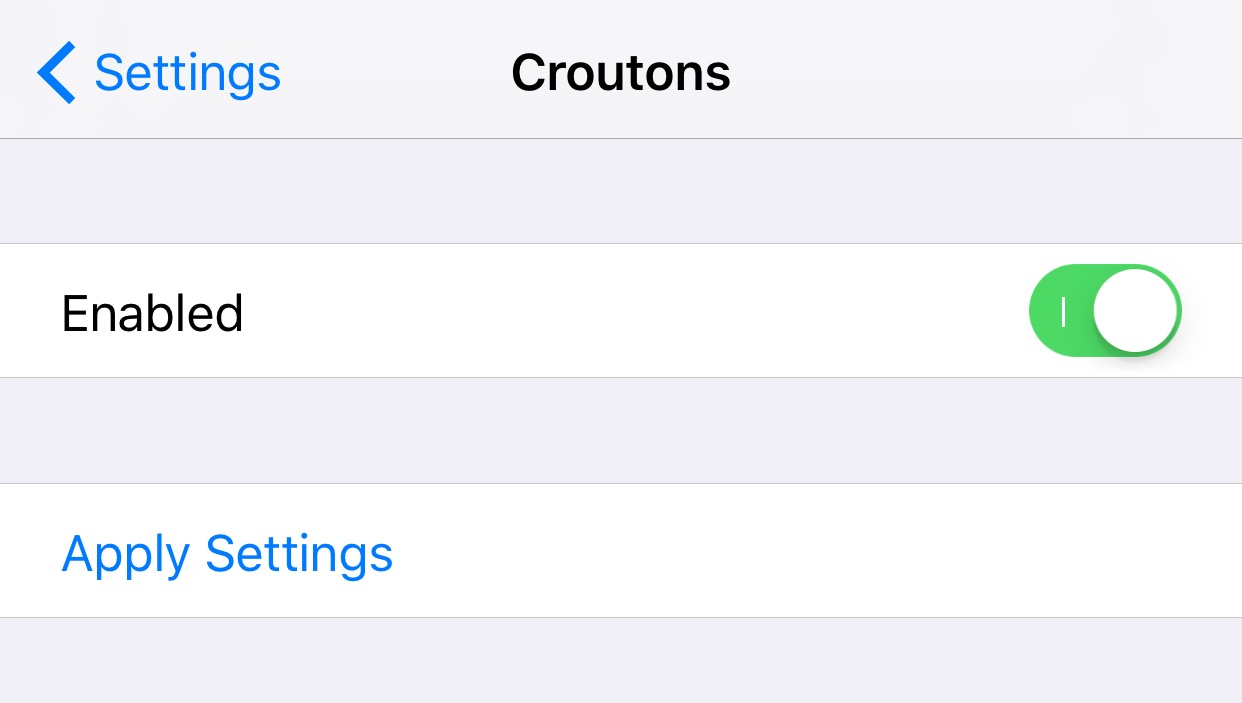 That’s the only option the tweak has, but because a respring is required to save your changes, the developer includes a complimentary Apply Changes button inside the preference pane that resprings your device.

In my opinion, Croutons brings slick functionality to jailbroken devices. It already has me wishing Apple would implement a similar feature on stock devices so that I wouldn’t have such a busy Status Bar in the presence of a Breadcrumb link.

If you’re interested in trying Croutons (iOS 9/10), you can download it for free from Cydia’s BigBoss repository. The tweak works on jailbroken iOS 9 and iOS 10 devices.

Do you like the new icon-driven Breadcrumb link aesthetic more than the stock text-based version? Share in the comments section below!