Way back in May of last year, we reported that legendary director and producer Ridley Scott (Alien, Blade Runner) signed a first-look deal with Apple TV+ through his production company. And now Scott’s got a directing gig under Apple’s banner.

According to a report from Deadline today, Ridley Scott’s upcoming Napoleon Bonaparte epic film called Kitbag will be financed and produced by Apple Studios. Scott’s directing the film, and it will star Joaquin Phoenix (Joker) as Bonaparte himself. Production is set to start sometime in the first half of 2022 in the United Kingdom. Scott and Kevin Walsh will be producing through Scott’s production company, Scott Free.

Kitbag is written by David Scarpa (All The Money in The World). Interestingly, Scott Free has a deal with 20th Century Studios already in place, which means that production company got first dibs on Kitbag. That did not go through, though, and the film went up for grabs. Apple Studios picked it up, and will get the film out there into the world. 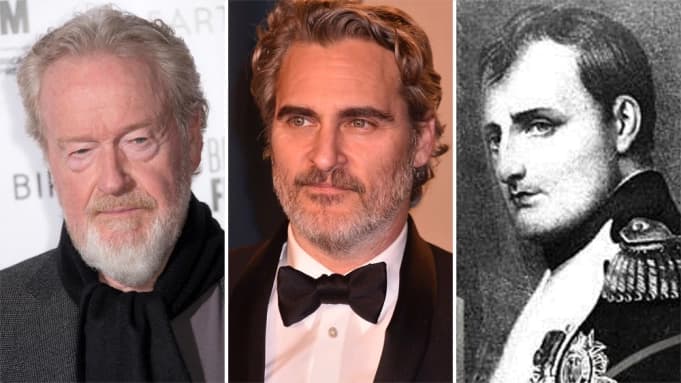 Apple Studios and Scott Free’s agreement for a first-look deal is for television projects, so Kitbag didn’t fall into that category. Still, looks like Apple Studios won out in this regard.

Napoleon is a man I’ve always been fascinated by,” Scott told Deadline. “He came out of nowhere to rule everything — but all the while he was waging a romantic war with his adulterous wife Josephine. He conquered the world to try to win her love, and when he couldn’t, he conquered it to destroy her, and destroyed himself in the process.

As for picking up Phoenix for the lead role, it’s been a work-in-progress for quite some time between both the actor and director. Phoenix last worked with Scott in the film Gladiator, playing the role of Roman leader Commodus. Scott commented on working with Phoenix (and Apple):

No actor could ever embody Napoleon like Joaquin,” Scott said. “He created one of movie history’s most complex Emperors in Gladiator, and we’ll create another with his Napoleon. It’s a brilliant script written by David Scarpa, and today there’s no better partner than Apple to bring a story like this to a global audience.

No release date, but that’s expected. This one’s still a ways out. But as soon as we know more we’ll be sure to pass it along.