While Apple Pay is readily available in a variety of different markets across the globe, it’s not everywhere quite yet. And it looks like South Africa may be one of the next markets in line.

That’s according to a report today from MacRumors, which cites several different tips pointing in that direction. The publication states that many people in South Africa have indicated that there are hints Apple Pay’s launch in the market could be sometime in the near future. Specifically, Apple Pay’s terms and conditions have cropped up in the Wallet app for folks in South Africa when they switch their region to the United States.

When they do that, the T&C readout specifically name drops Apple Pay, and even indicates that a pair of banks will be supported at launch: Discovery Bank and Nedbank. 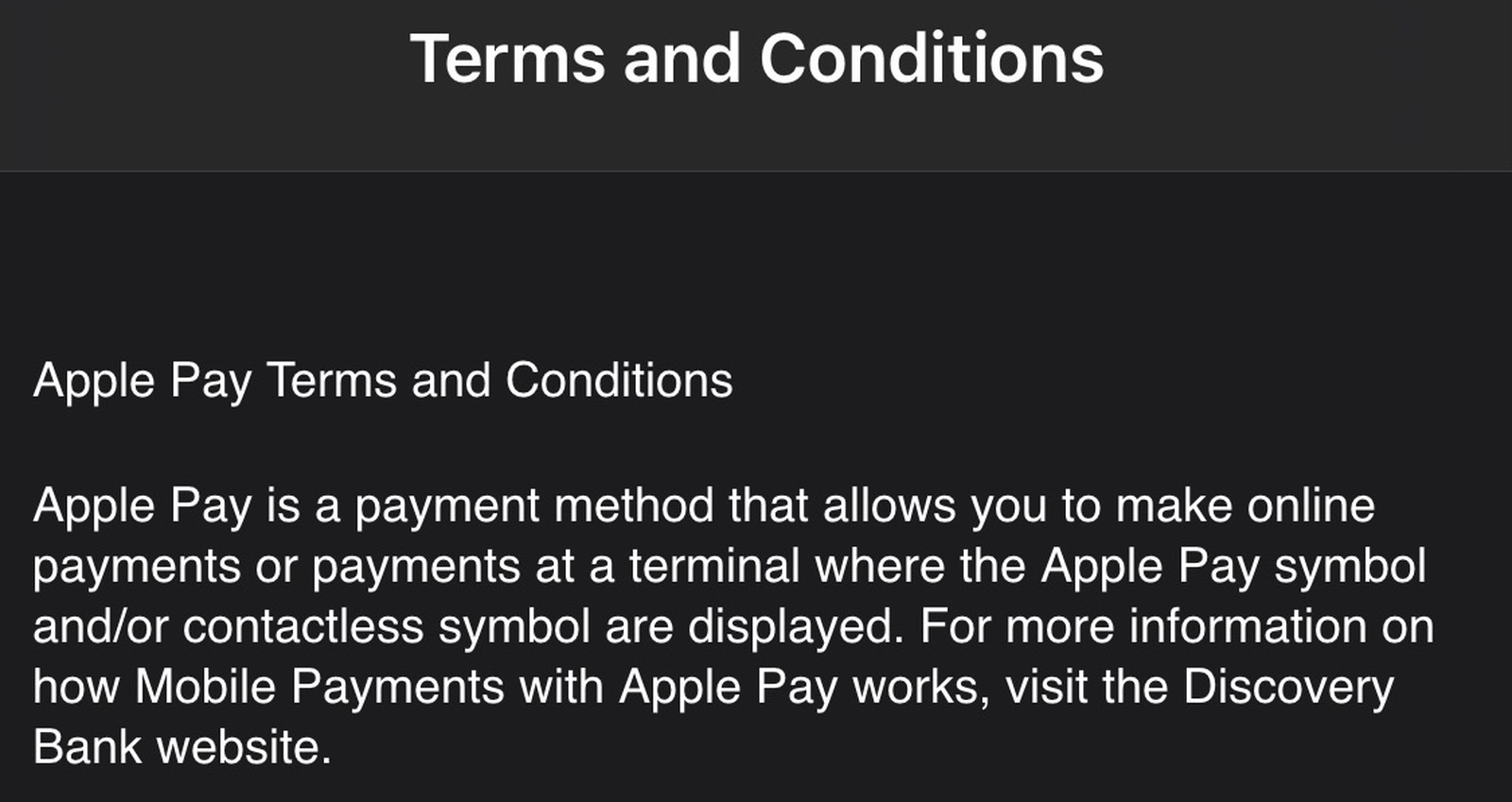 Apple Pay availability it still expanding, but not necessarily at a fast clip. Still, the mobile payment option has launched in over 40 regions across the globe since its initial launch in 2014. However, while the terms and conditions suggest Apple Pay’s launch may happen soon, Apple hasn’t confirmed anything quite yet. So we don’t know when exactly the service will launch in South Africa.

In related news, we do know that Apple Pay is finally launching in Mexico this year.

If you’re in South Africa, are you looking forward to the impending launch of Apple Pay?