Following several advance warnings from Adobe in the past three years, the Photoshop maker’s Flash Player is gone for good as of today. The browser plug-in will no longer be getting security updates and no new features will be developed going forward. Thankfully, we have instructions for how to remove Flash Player from your Mac computer.

UPDATE: As of January 12, 2021, Adobe is blocking Flash content entirely.

Flash Player is no more

Adobe no longer plans to continue supporting the Flash Player plug-in with security and compatibility updates. Furthermore, no new features shall be developed. As of December 31, 2019, the plug-in can no longer be downloaded, with the now-defunct Flash Player download webpage forwarding customers to the following clarification message:

Since Adobe will no longer be supporting Flash Player after December 31, 2020 and Adobe will block Flash content from running in Flash Player beginning January 12, 2021, Adobe strongly recommends all users immediately uninstall Flash Player to help protect their systems.

For the most part, you may not need to do anything beyond clicking the “Uninstall” button when prompted by Adobe in Flash Player. If not, follow along with our quick tutorial for manual instructions on how to uninstall Flash Player on your Mac.

How to remove Flash Player from your Mac

To uninstall Adobe’s Flash Player plug-in from your Mac completely and permanently, you’ll need to download an appropriate uninstaller for the macOS version you’re currently running.

As the final confirmation, you may be taken to another Adobe webpage thanking you for using Flash Player. “We’re proud that Flash had a key role in evolving web content across animation, interactivity, audio and video — and we’re excited to help lead the next era of digital experiences,” it reads. By default, the uninstaller is downloaded to your macOS account’s Downloads folder. To open the uninstaller, double-click the file in the Downloads window. 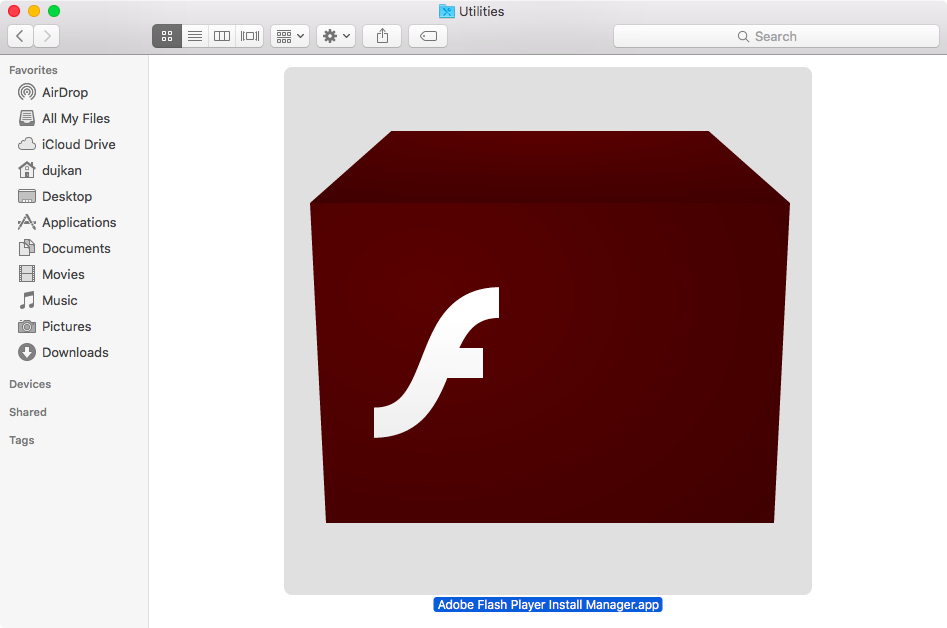 Is the Flash Player installer window not appearing after you’ve opened the downloaded Flash uninstaller? If so, then click the Finder’s Go menu and choose “Desktop”. In the Finder window that opens, scroll down to the “Devices” section and click “Uninstall Flash Player”. We have a full tutorial available with detailed steps for how to remove Flash Player from macOS.

Removing Flash Player from Chrome and other browsers

These instructions above are not applicable to Google’s Chrome browser because it integrates Flash Player. Thankfully, Adobe has provided the helpful Flash Player Help page which includes instructions for enabling and disabling Flash Player in various browsers.

Problems surrounding Flash Player became the matter of public debate following Steve Jobs’ “Thoughts on Flash” essay, published back in 2011, which was removed from Apple’s website on December 31, 2020 (find the original post via Wayback Machine). In it, Jobs has singled out Flash’s long history of security problems, high power consumption and heavy CPU consumption as the reasons for omitting support for Flash from Apple’s iOS mobile platform.

The open letter particularly dissed Flash as an outdated battery-hogging technology plagued with exploits whose days are numbered. For those not in the know, Flash was Adobe’s platform for rich, interactive apps for the web, as well as desktop and mobile devices. It rendered text, vector and bitmap graphics to provide animations, streamed video, ran games and apps, etc.

Adobe had discontinued mobile Flash installs in August of 2012, following “Thoughts on Flash” the year before. In July 2017, the Photoshop maker officially announced that it would no longer update or maintain Flash Player after December 2020. And since earlier this year, macOS has been automatically blocking outdated Flash versions that do not include the latest security updates since at least 2016. AIR (also known as Adobe Integrated Runtime), Adobe’s related development platform, continues to be supported.